Timeline of what has happened in the New Mexico compound case 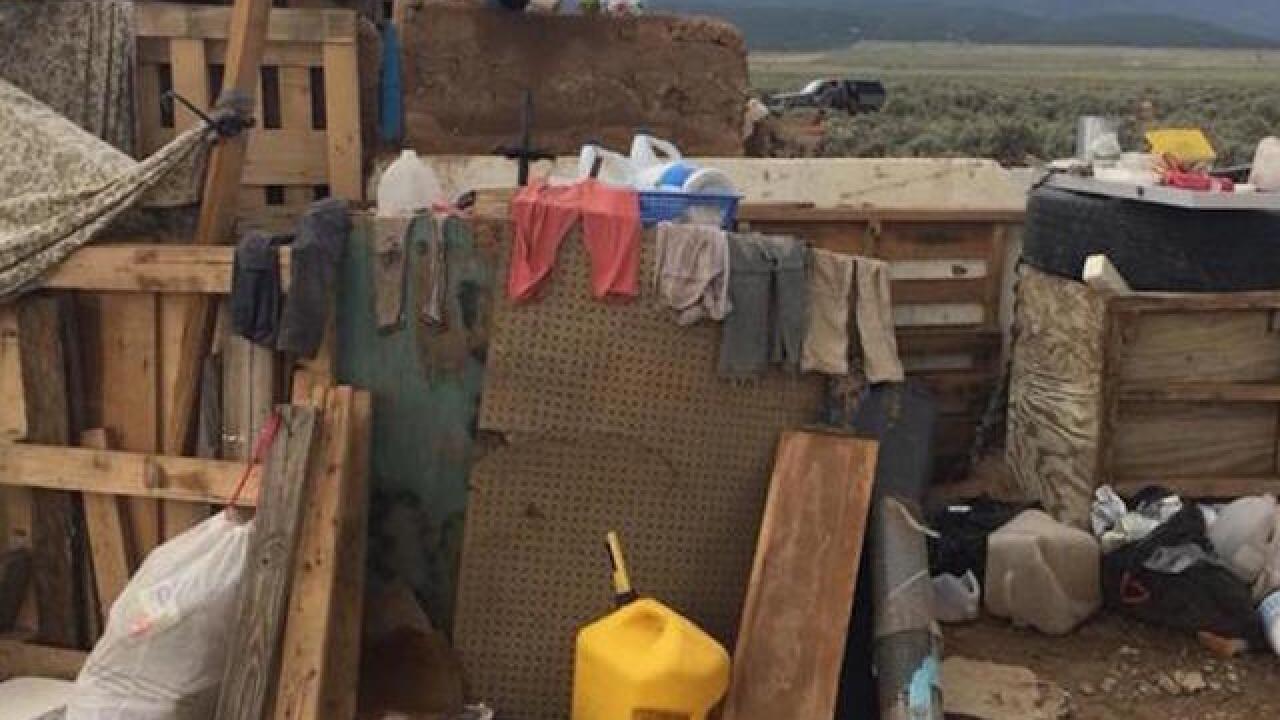 (CNN) -- Many questions remain since authorities searched a mysterious compound in New Mexico and discovered 11 emaciated children there.

Why were the children in such a condition? Why was the family settled there?

During a search inside the squalid compound, authorities also found the decomposed remains of a young boy later identified as Abdul-Ghani Wahhaj, the missing, 3-year-old boy who was allegedly abducted by his father, Siraj Wahhaj who now faces charges.

Siraj Wahhaj is among the five adults accused of child abuse, which also includes his sisters Hujrah Wahhaj and Subhannah Wahhaj, his partner Jany Leveille, and brother-in-law Lucas Morten. They have pleaded not guilty.

New details about the family are emerging in court, revealing a complex picture that includes the search for a missing toddler, allegations of child abuse and religious rituals, including a belief that the young boy would become Jesus.

After a trip to Saudi Arabia in October, Siraj Wahhaj said he wanted to stop giving his son, Abdul-Ghani Wahhaj, medication and perform rituals to "cast demonic spirits" out of his son's body, investigators were told, according to prosecutor John Lovelace.

Abdul-Ghani, who was then age 3, left his Georgia home with his father, the boy's mother, Hakima Ramzi, told police. They left in a 2005 gold Jeep Liberty, supposedly to go to the park, but never came back. Ramzi reported the child missing days later.

"When I would ask (Wahhaj) where he was, he said he was on his way, he was coming soon, he was just keeping him for the night," she told CNN. "I haven't seen him since then. ... I don't think his father would intentionally hurt him."

Police initially filed no child abduction report because Wahhaj and Ramzi were married.

Wahhaj told police he didn't recall what caused the single-vehicle crash. He said he left the roadway and when he attempted to swerve back onto I-65, the Explorer rolled and came to rest on its roof, the report said.

The police report states the only victims of the crash were a 5-year-old boy and Jany Leveille, one of the women arrested in the New Mexico compound. Both were taken to a hospital.

At the time of the accident, the group told police they were headed to New Mexico to go camping. There were six other children in the car, ranging in age from 3 to 15. The birth date listed for the 3-year-old didn't match Abdul-Ghani's birthday.

The group was picked up by Lucas Morten, the other man who would be arrested with Wahhaj in the New Mexico compound, after the accident, reported CNN affiliate KOAT.

An arrest warrant for Siraj Wahhaj and a pick up order are issued for Abdul-Ghani, the missing child, in Clayton County, Georgia, on January 9.

The family arrived in New Mexico around January, one of the children found in the compound told FBI Special Agent Travis Taylor.

Jany Leveille believed she had a message from God that they needed to move from Georgia to New Mexico, the child told the agent. When the demons were expelled from Abdul-Ghani's body, he would become Jesus and he would instruct the adults on the compound which "corrupt" institutions to get rid of, such as the military, law enforcement and financial institutions, Taylor said in court.

Meanwhile, a New Mexico couple discovered a compound built on their property in Amalia. Tanya and Jason Badger said they saw a boy they thought was Abdul-Ghani in January and February.

The property was not searched until August 3.

"Had we have gone on that property based on a consent from an owner that was not an occupant of that property, we would not have valid right to be there and therefore the fruits of the unlawful tree would have come into play and we would have lost anything we could have possibly been able to criminally charge," he told CNN.

May 2018: Surveillance starts at compound

New Mexico authorities suspected Wahhaj and his son were at the compound after learning about the abduction. FBI surveilled the property for weeks starting in May, Hogrefe said.

A sheriff's deputy went to the New Mexico compound to serve an eviction notice.

The horrifying conditions that investigators later encountered didn't prompt more immediate action, Hogrefe said, because no children were spotted the day the eviction notice was served.

The Taos County Sheriff are tipped off by a Georgia detective that had information to believe a message sent to a third party from that compound/general area said in part "we are starving and need food and water."

The tip about possible starving children prompted the search warrant that was executed the following day.

Authorities raid the compound in Amalia as part of their search for Abdul-Ghani.

There they found 11 emaciated children. The kids are turned over to child welfare authorities. Abdul-Ghani was not among the 11 children found that day.

During the raid, Wahhaj was "heavily armed with an AR-15 rifle, five loaded 30-round magazines, and four loaded pistols, including one in his pocket when he was taken down," according to the Taos County Sheriff's office.

The three women arrested during the raid are believed to be the children's mothers.

Three days after the search warrant is executed, authorities came back to the site and found a young boy's remains in the inner portion of the compound.

The child's body is buried under human waste inside a 40-yard long tunnel underneath the compound.

Abdul-Ghani would have turned four years old the day the remains were discovered. A teenager rescued from the compound said that Abdul-Ghani died in one of the religious rituals, an FBI agent testified.

All five suspects arrested at the compound appear in court for their pretrial detention hearing to determine whether they should remain in custody.

Judge Sarah Backus denies the prosecutor's motion to hold all five compound suspects until their trial and gives them $20,000 bond under certain conditions.

Citing their lack of criminal history, Backus said the state did not prove the defendants would be a danger to the community or to the 11 malnourished children found at the compound.

Authorities identified the body of a boy found at the compound as Abdul-Ghani Wahhaj, the missing 3-year-old.