Thousands of honeybees rescued from colony in Ohio garage 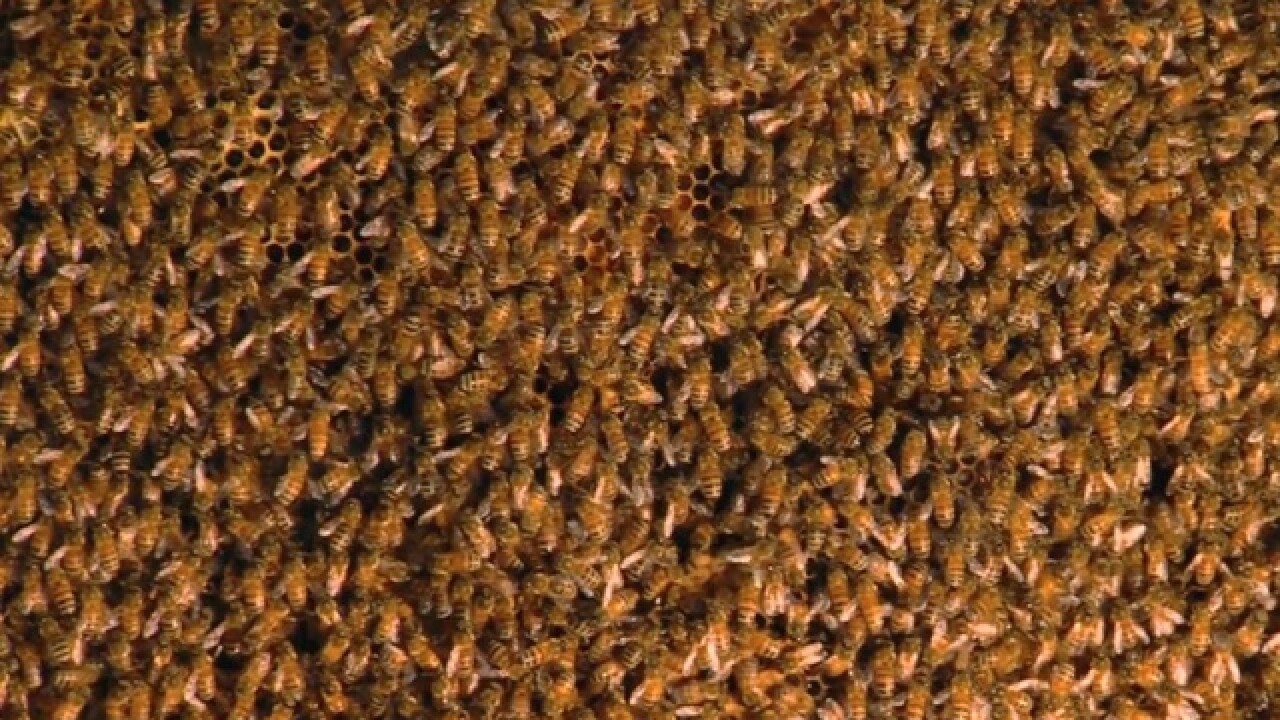 Copyright 2018 Scripps Media, Inc. All rights reserved. This material may not be published, broadcast, rewritten, or redistributed.
&lt;p&gt;CINCINNATI. April 21, 2018. Thousands of honeybees had colonized a garage in the city's Avondale neighborhood. The Cincinnati Zoo and the owner of Morgan's Canoe helped rescue them.&lt;/p&gt;

CINCINNATI — The Cincinnati Zoo and the owner of a local canoeing business helped rescue more than 50,000 honeybees thought to have been living in a garage since the early 1990s.

The bees were about 2 miles from the zoo, in Avondale. Experts think the bees had been colonizing a garage wall for 25 years, entering and leaving through a small hole near a window.

That long time period might explain the colony's large number: Honeybees typically live about three to four weeks, while the queen lives three to five years.

Dirk Morgan, owner of Morgan's Canoe and Morgan's Natural Buzz Honey, used a specialized vacuum to safely suck up the bees for transport. The vacuum has a weak air flow, just enough to draw in the honeybees but not so strong they'd be harmed.

He also carefully cut out the brood -- which has all the young, eggs and larvae -- and put it into a new hive. That's so the bees won't have a reason to return to the garage.

"When these bees end up at the zoo, they'll have a home where they'll be taken care of, we can use them for education, put them in an observation hive to show kids the miracle of a bee being born," Morgan said.

Rather than reaching for bug spray, experts hope you'll call someone to have honeybees rescued if you find them on your property. Kari Bruskotter, member of the Butler County Beekeepers Association, said it's a win-win for professional beekeepers to remove a swarm: You get the hive out of your space at little to no cost, and they get "free bees."

Although rates of colony collapse disorder, which devastated the global population of honeybees at the turn of the century, are declining, Bruskotter said, their numbers still haven't recovered. Exterminating bees in your space further reduces the population -- which, in turn, drives up the price of bees when keepers like Bruskotter try to purchase them.

Finding them a new home, on the other hand, helps everyone.

"You get them out of your house and you get the satisfaction of knowing you're contributing to keeping our bees healthy," Bruskotter said. "Pollinators are required for a lot of the fruits and vegetables we eat; your plate gets very boring if we don't have natural pollinators around."