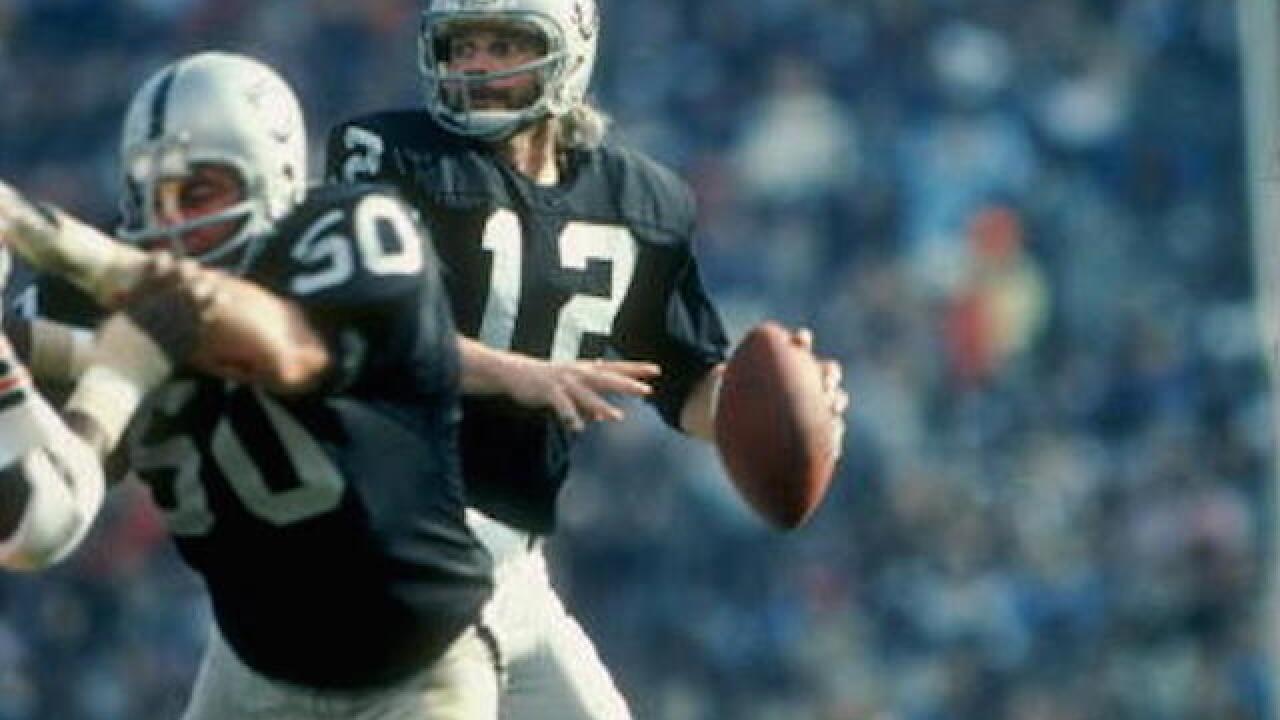 &lt;p&gt;9 Dec 1979: Quarterback Ken Stabler of the Oakland Raiders prepares to pass the ball during a game against the Cleveland Browns at the Oakland-Alameda County Coliseum in Oakland, California. The Raiders won the game 19-14. Mandatory Credit: Allsport /A&lt;/p&gt;

Former NFL quarterback Ken Stabler waited dozens of years to earn his place in the Pro Football Hall of Fame. He finally notified of his acceptance into the Hall in 2015, but tragically passed away in July — a month before his formal induction.

Now, Stabler’s family is saying that the Hall of Fame won’t be providing them with his ring or gold jacket.

NFL Hall-of-Famers are given a gold jacket to keep and a bust in the Hall of Fame upon their induction. They're also given a ring at a ceremony at their former team’s stadium at a later date.

But according to Kendra Stabler Moyes, the daughter of Ken Stabler, the Hall of Fame won’t provide the family with either a ring or a jacket

@JimRoss93366948@ProFootballHOF@ChicagoBears@KayJewelers@ESPNMondayNight sadly, my Dad does not get a ring.

@nmbr1son@JimRoss93366948@ProFootballHOF@KayJewelers@ESPNMondayNight It isn't about $, we asked Mr. Baker if we could buy ring/jacket.

@Wristpins@JimRoss93366948@ProFootballHOF@KayJewelers@ESPNMondayNight good ?, according to Mr. Baker our family is not deserving

According to Moyes, the Hall of Fame is worried about families fighting over the gifts.

Very kind of you. Our family actually asked Mr. Baker if we could buy them. Answer was: NO! Excuse: Doesn't want families selling/fighting https://t.co/RnqelXY7RZ

Hall of Fame spokesman Joe Horrigan clarified the rule in an email with Yahoo Sports.