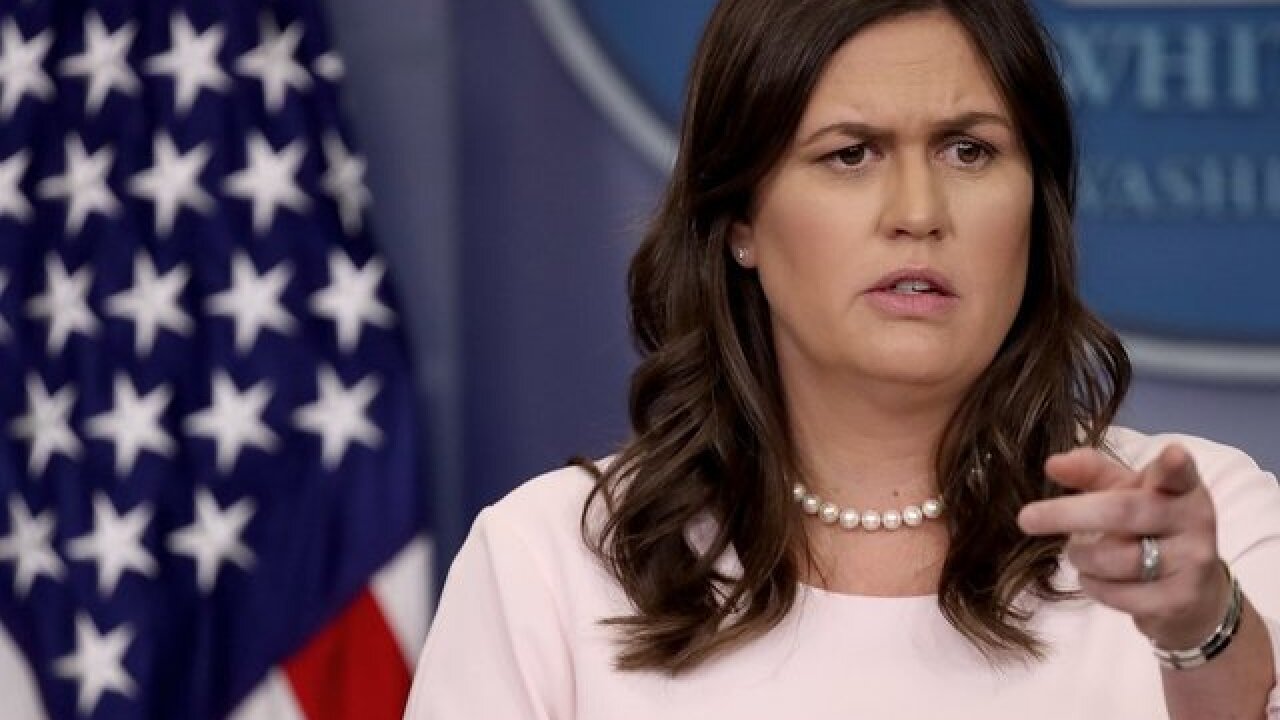 President Trump is talking with the press corps all the time. But his accessibility is increasing at the same time the White House press briefings are decreasing.

For the entire month of September, a period jam-packed with presidential news, White House press secretary Sarah Sanders only held one on-camera briefing, according to CNN's count.

This is a new low for briefings, which were an almost-daily occurrence in past administrations.

Sanders has been cutting back on briefings for several months. The reductions coincide with the arrival of former Fox News co-President Bill Shine as Trump's deputy chief of staff for communications.

Sanders held five briefings in June, three in July, and five in August. So the previously "daily" briefing has become a "special occasion" event.

The sole briefing in September was on the 10th. It lasted 44 minutes, but Council of Economic Advisers chief Kevin Hassett spoke during most of the first half of the briefing about policies that have boosted the US economy.

The White House's strategy, as of late, is to put Trump front and center, at the expense of on-camera briefings from spokespeople. While reporters are always hungry for opportunities to pose questions to the president, briefings have historically served a different and complementary purpose.

But she downplayed the value of the briefing by saying "we talk to the press in a number of different ways." And she said Q&A's with the president are "infinitely better than talking to me."

"We try to do that a lot, and you've seen us do that a lot over the last three weeks, and that's going to take the place of a press briefing when you can talk to the President of the United States," she said.

So in other words, she'll fill in sometimes when Trump does not take questions from the press corps.

This is a markedly different approach to the briefing than past administrations adopted. During the Bush and Obama years, there were briefings on most days when the president was not traveling.

It's also a change from the early days of the Trump administration, when Sean Spicer held regular briefings. Trump reportedly scrutinized Spicer's performance. And he sometimes publicly undermined statements Spicer made from the podium. That problem has also cropped up in the 14 months that Sanders has been press secretary.

Olivier Knox, the president of the White House Correspondents Association, said on CNN's "Reliable Sources" last month that the briefing "has both a symbolic and a substantive importance... It is not the end-all and be-all of our work, but it symbolically shows that the most powerful political institution in American life is not above being questioned."

Knox said the cutbacks to the briefings are a particular concern to reporters from smaller news outlets, like "the folks who have a harder time getting their e-mails returned by White House staff, the folks who don't have senior officials on speed dial." He said those reporters "used to find the briefing to be a good space in which they could ask questions that might not be on the number one or two topic of the day" but are important nevertheless.

Those topics are unlikely to come up when reporters holler questions at the president at an informal Q&A session.

On Monday, for example, Trump took questions during an event that was meant to tout his new trade agreement with Canada and Mexico, but he bristled when reporters tried to ask about non-trade topics.

Eventually, though, he answered several questions about Brett Kavanaugh's nomination to the Supreme Court.

At a press briefing, reporters would be able to ask about a myriad of other topics. Even if they don't get satisfying answers, they can show that the question was asked.

Knox said he has lobbied Sanders about the reduction in briefings, and "she's heard us out."