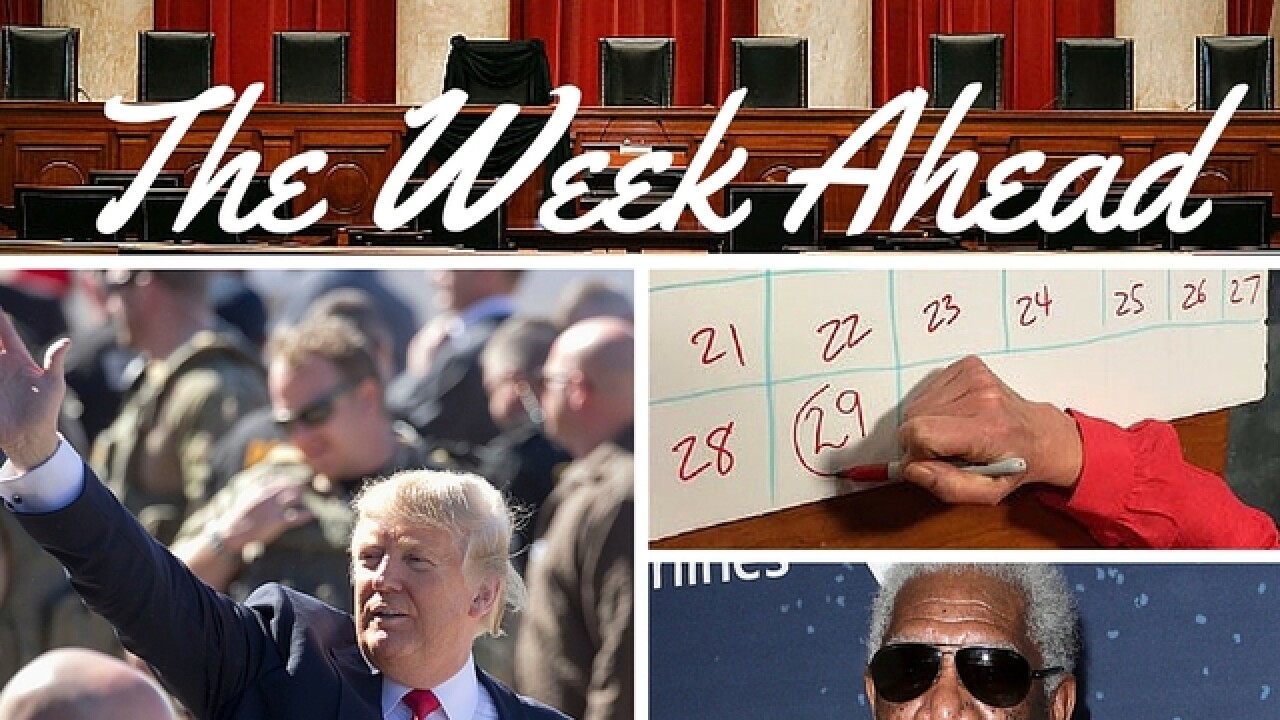 Feb. 29 only comes around every four years. What will you do with your extra 24 hours on Monday?

RELATED: Top 5 things to ever happen on Leap Day

POLITICS
Super Tuesday
What was once a crowded, tight race for the GOP presidential nomination could turn into a runaway victory for businessman Donald Trump if all goes according to plan on Tuesday. That’s when voters from 11 states will hit the polls in a series of primaries and caucuses in what is being called “Super Tuesday.”

After absolutely dominating in the South Carolina primary last Saturday, Trump holds a commanding lead over Texas senator Ted Cruz and Florida senator Marco Rubio. If Trump has a similar performance on Tuesday, he could make it all but impossible for Cruz and Rubio to catch him before Republican Convention.

Hillary Clinton finds herself in a similar position after a big win of her own in South Carolina on Saturday. After a slow start, Clinton has won back-to-back primaries and is currently polling higher in a majority of Tuesday’s primary states.

SUPREME COURT
On Wednesday, the Supreme Court will hear its first abortion case in over a decade, and experts are already calling it perhaps the most important abortion case since Roe v. Wade.

Whole Woman’s Health v. Hellerstedt, a case originating in Texas, will decide the legality of “targeted regulation of abortion providers,” or TRAP laws. One of these laws requires abortion clinics to meet building code requirements of hospitals, which has forced the closure of dozens of clinics.

The Supreme Court will hear the case with one empty seat following the death of Justice Antonin Scalia — meaning there is a chance the case could end in a 4-4 tie. In that case, a lower court’s ruling upholding the restrictions would stand.

WEATHER
Some rough weather last week finally cleared up for the weekend, giving much of the country a gorgeous warm Sunday. Sound familiar?

Unfortunately, history is set to repeat itself again. A storm is set to roll through the Great Lakes and Mid-Atlantic on Tuesday and Wednesday, bringing thunderstorms in the south and more snow in the north.

Luckily, the storm should push through by Saturday and Sunday, leaving behind another mostly sunny — but chilly — weekend.

ECONOMY
A new month means new unemployment data is scheduled to be released. While stocks have struggled in the first quarter of 2016, most experts expect that America created more jobs in February. Experts also expect unemployment to hover at about 5 percent.

Those looking for some ‘90s nostalgia will be able to blast back to the past, as Bill Murray’s Groundhog Day and Nickelodeon’s Goodburger are also available for streaming.

For full list of Netflix’s new offerings on March 1, check below.

Are Jumanji, Men In Black II or Not Another Teen Movie on your to-watch list? Better get to them quick, as they leave Netflix starting on Tuesday.

ENTERTAINMENT
London Has Fallen, a sequel to disaster movie Olympus Has Fallen, opens this Friday and stars Gerard Butler and Morgan Freeman. But, more importantly, you can set your GPS’ voice to Morgan Freeman mode thanks to this movie.