The suicide rate for transgender people is nearly 10 times the national rate. A center is changing that

Transgender center is one of the few in the country

The Transgender Health and Wellness Center in Cathedral City, California, helps LGBTQ individuals through a variety of resources — from hair removal to housing. 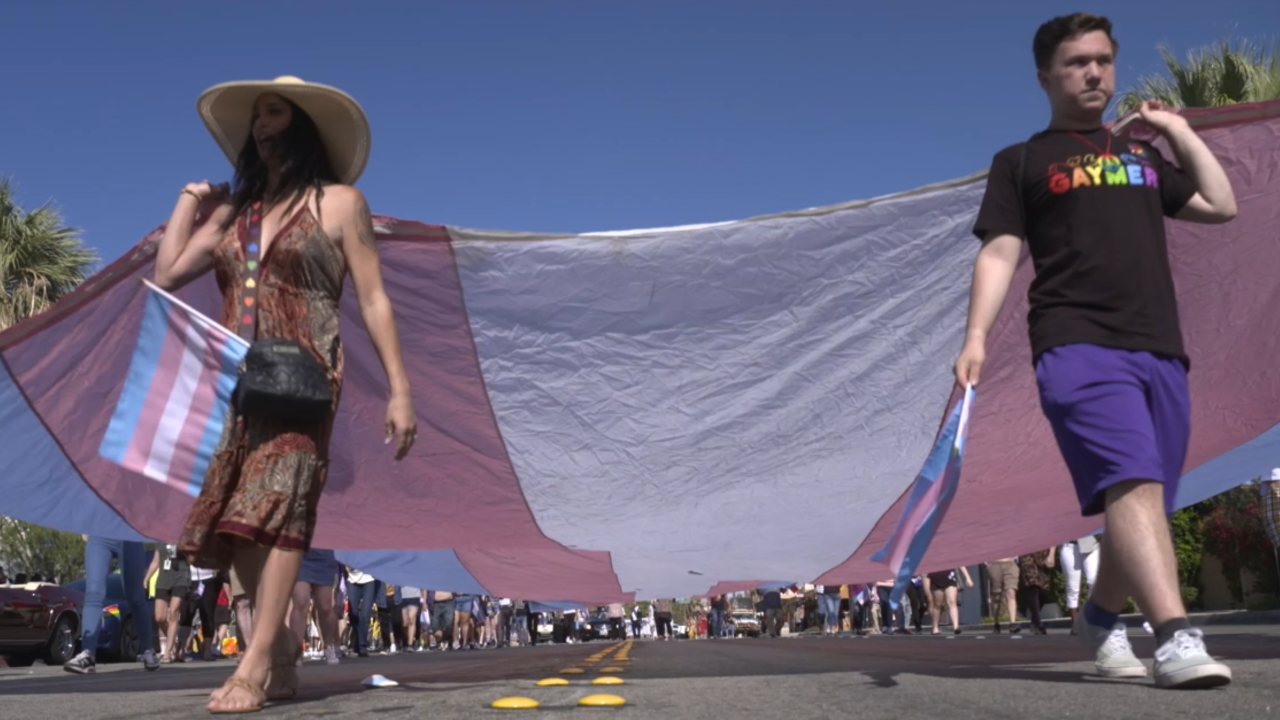 The suicide rate for transgender men and women is among the highest of any group in the country.

Now, there’s a new resource to help bring down those numbers.

It’s a rare kind of safe space in a town that’s been LGBTQ friendly for decades.

“I knew that physically I was in the wrong body,” Angelina Love said.

Love was born male. She started transitioning to female as a teenager and said she got into heavy drug use to deal with her mixed emotions.

“I was going through about an eight ball of cocaine a day,” Love said. “I was also abusing my pain medication.”

“If it wasn’t for the Transgender Health and Wellness Center, I don’t think that I would physically be alive today,” she said.

The Transgender Health and Wellness Center in Cathedral City, California, is where people like Love can get all kinds of services, including laser hair removal.

“What I do here volunteering has the most impact of anywhere I’ve volunteered,” said registered nurse Laurie Merritt.

Merritt said these services are more than physical — they’re emotional.

“Something so simple with facial hair and getting rid of that facial hair has such a profound impact on someone’s life,” she said.

Life that could be lost without proper help.

Thomi Clinton, the executive director of the Transgender Health and Wellness Center, said more than 1.4 million people identify as transgender across the country, and many are suicidal.

“When you go into the rural areas it's even higher,” Clinton said.

According to the American Foundation for Suicide Prevention, more than 40 percent of transgender men and women in the U.S. have attempted to take their own life. That’s nearly 10 times the national average.

“By addressing those issues and those disparities, we’re actually able to improve people’s lives,” Clinton said.

Clinton said this center is helping empower and employ members of Palm Springs’ transgender community. People like Hyde Johns, who came to the trans center after breaking up with his girlfriend.

“She didn’t want anything to do with me because she’s lesbian and I’m a trans man,” Johns said.

Now, this center is helping clothe and relocate Johns and his dog.

“If we start solving these issues then everyone can get off government assistance and start being productive members of society and taxpayers,” Clinton said.

At Palm Springs' annual pride parade, LGBTQ students from University of California, Riverside come out to support the trans community.

“They stone us for being gay or trans or ace or any of the above in the queer community,” said UCR student Pablo Gutierrez.

Gutierrez, who identifies as gay and asexual, says being an ally of the trans community gives him hope.

“If you go out in the streets holding hands with someone of the same gender, people give you looks, sometimes they scream out profanities to you,” he said. “Being here and being with like-minded people — it’s just so refreshing.”

Refreshing and reinvigorating as members of the trans community came out proudly flying their flag.

“There was a time when you really couldn’t be visible in the community because of a fear of violence,” Clinton said, adding that the more visible they become, the more accepted they will become.

And that’s being helped by a center that feels like home.

“Lives are very important no matter what they express gender wise, who they love or what they do,” Clinton said.