The most influential power couples to occupy the White House 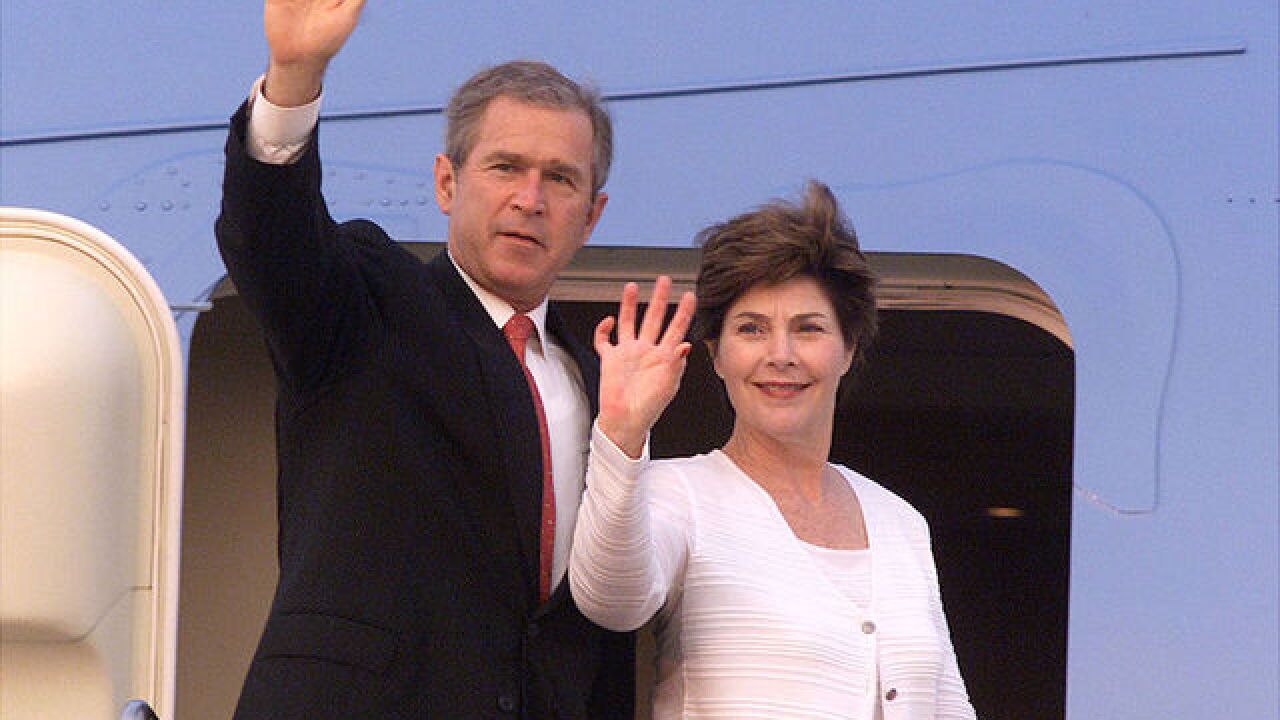 From the Washingtons to the Obamas, presidential couples have played an important role in U.S. history. While popular presidents historically have had popular spouses as well, this hasn’t always been the case (see: Abraham and Mary Todd Lincoln). The opposite has also been true, where the first lady overshadows the president.

With a new presidential couple entering office in early 2017, InsideGov decided to take a closer look at the most influential power couples to occupy the White House, using data from the Siena College Research Institute.

Siena College and C-SPAN worked together to create surveys for scholars and historians to rank first ladies (based on 10 factors) and presidents (based on 20 factors). The power couple score was calculated by aggregating the overall scores for each first lady and president. That score was then normalized on a scale of 1 to 100. Note that some first ladies were excluded if they died before getting into office, or were in office for too short of a time.

A celebrated war hero, Ulysses S. Grant struggled with scandals and economic turmoil as president. His wife, Julia, fared better, earning national respect as an entertainer and hostess at the White House.

Like the Grants, the Tafts were characterized by a popular first lady and a less popular president.

William McKinley presided over the Spanish-American War and enacted stringent tariffs to protect U.S. industries. The McKinleys' time in the White House ended in tragedy, though, when William was assassinated six months into his second term.

Ranking nearly 15 points higher than her husband, Rosalynn Carter was one of the most esteemed first ladies in U.S. history, championing the issue of mental health during her time in the White House. Jimmy Carter, on the other hand, struggled through a rocky presidency, leaving office with an approval rating of just 34 percent.

In a presidency dominated by foreign affairs, George Bush Sr. is perhaps most famous for overseeing the Persian Gulf War. As first lady, Barbara Bush took up children’s literacy as her main cause.

With their very close scores, the Clevelands never hit the lofty highs or rocky lows of other presidential couples. They do have the distinction of being the only couple to serve two non-consecutive terms.

At 58 years, Gerald and Betty Ford had one of the longest marriages in presidential history. The couple was unexpectedly thrust into the White House when President Richard Nixon resigned, leaving Vice President Ford in charge.

Despite a turbulent four years in the White House, both Louisa and John Quincy Adams enjoyed success in the post-presidency years, becoming strong supporters of the abolition movement.

Sarah Polk assisted her husband throughout his presidency, as he navigated the U.S.-Mexican War and stabilized the U.S. banking system.

A politically active first lady, Nancy Reagan actively took up her husband’s “war on drugs,” implementing her own initiative called “Just Say No.”

Presiding over the “Era of Good Feelings,” James Monroe was a popular president, even running unopposed for reelection in 1820. However, his wife, Elizabeth, was in poor health for much of his presidency and restricted her hosting duties.

Part of Dwight D. Eisenhower’s enduring legacy comes from his pre-presidency years as supreme commander of the Allied Forces in Europe during World War II. Mamie supported her husband’s military career and took up veterans’ issues as first lady.

The first of Woodrow’s two marriages ended tragically, when Ellen Wilson died of kidney disease in 1914. Although devastated by the loss, Woodrow continued to lead a series of domestic reforms throughout the Progressive Era. He remarried in 1915.

Vice President Harry Truman and his wife Bess were unexpectedly thrust into the global spotlight after FDR's death early in his fourth term. Truman presided over the conclusion of World War II and the early years of the Cold War.

Edith and Woodrow Wilson married in 1915, two years into his first term in the White House. During their time at 1600 Pennsylvania Ave., the Wilsons faced the challenge of World War I. A close adviser to her husband, Edith assumed greater responsibilities after Woodrow suffered a stroke in 1919.

A celebrated first lady, Lady Bird scores higher than her husband, according to Siena's data. Although Lyndon Johnson enjoyed popularity at the start of his presidency, his approval ratings declined with the onset of the Vietnam War and civil unrest in America.

Already a power couple, the Clintons might get a further boost in the ranks if Hillary wins the 2016 presidential election.

Michelle Obama has tackled the issues of childhood obesity, veterans’ wellness and women’s education during her time in the White House. She’s also been consistently more popular than her husband in national polls.

Scoring a full 26 points higher than his wife Mary Todd, Abraham Lincoln fares better in historical rankings than his wife. Although her years in the White House were fraught with tragedy and conflict, Mary Todd was a sharp political observer and a strong supporter of her husband.

Despite their short period in the White House, the Kennedys remain one of the most iconic presidential couples in U.S. history. Following the 1950s, Jackie and John brought a new sense of optimism and energy to American politics.

During their relationship, John and Abigail Adams exchanged over 1,000 letters, which have since been preserved. The couple shared a passion for politics and were influential figures throughout America’s struggle for independence.

Known as the “Father of the Constitution,” James Madison’s most influential contributions to U.S. history may have come before his presidency. As first lady, though, Dolley Madison set an important precedent by taking up social and political causes.

From Rough Rider to U.S. president, Teddy Roosevelt was a widely popular figure in American history. Although Teddy’s outsized personality may have overshadowed his quieter wife, Edith was nonetheless a well-respected entertainer and hostess at the White House.

In terms of influence, Martha and George Washington gain points simply for being the first first couple. Martha supported George throughout the American Revolution and the early stages of establishing the Republic.

With over 12 years spent in the White House, the Roosevelts take the top spot as the most influential presidential power couple. A close team, Eleanor and Franklin led the nation through two of the defining events of the 20th century: the Great Depression and World War II.

Research Every President on InsideGov