The Hubble discovers stars 100 times larger than the sun 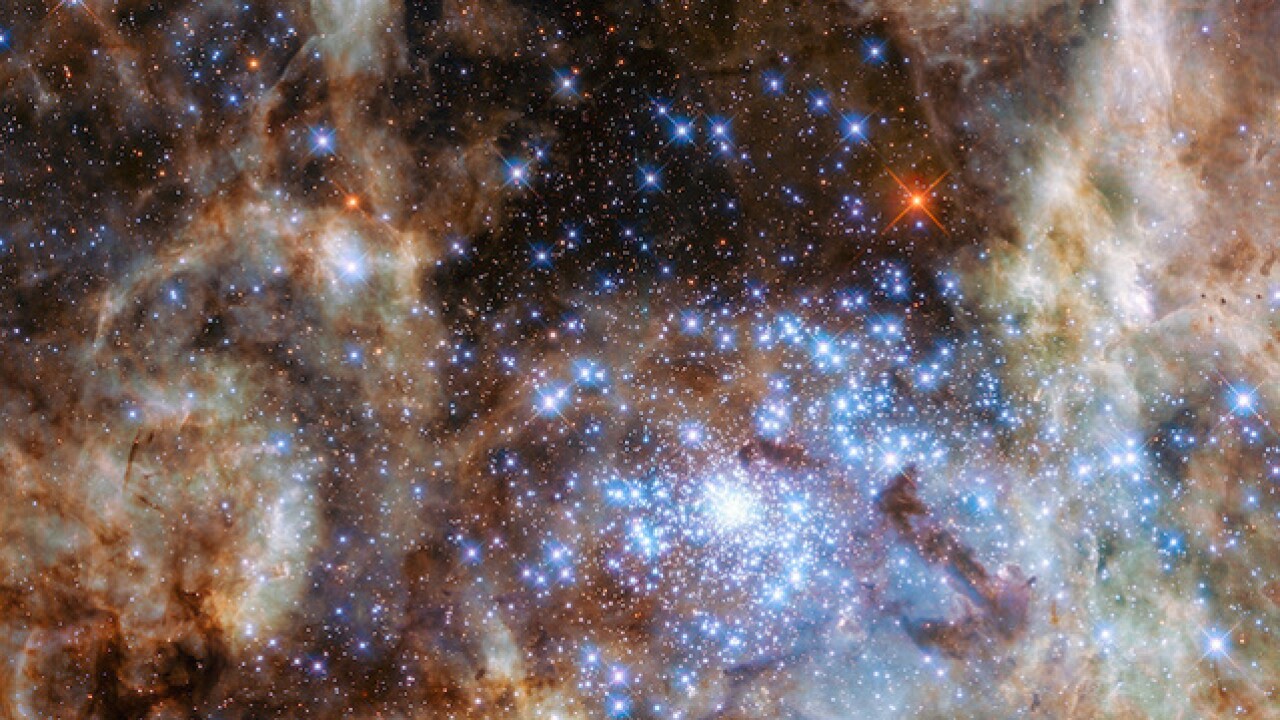 &lt;p&gt;The image shows the central region of the Tarantula Nebula in the Large Magellanic Cloud. The young and dense star cluster R136 can be seen at the lower right of the image. This cluster contains hundreds of young blue stars, among them the most massive star detected in the Universe so far. Using the NASA/ESA Hubble Space Telescope astronomers were able to study the central and most dense region of this cluster in detail. Here they found nine stars with more than 100 solar masses.&lt;/p&gt;

The stars were discovered in the R136 star cluster that is 170,000 light-years away from our solar system. The nine stars together outshine the Sun by a factor of 30 million.

NASA said in a press release that the stars raise new questions on the formation of massive stars. NASA said it wanted to probe the cluster because the cluster has many extremely massive, hot and luminous stars. The energy of these stars is mostly radiated in the ultraviolet range of its light spectrum.

“The ability to distinguish ultraviolet light from such an exceptionally crowded region into its component parts, resolving the signatures of individual stars, was only made possible with the instruments aboard Hubble,” explains Paul Crowther from the University of Sheffield, U.K., and lead author of the study. “Together with my colleagues, I would like to acknowledge the invaluable work done by astronauts during Hubble’s last servicing mission: they restored STIS and put their own lives at risk for the sake of future science.”

Scientists are working to discover how these stars were formed in the first place.

“Once again, our work demonstrates that, despite being in orbit for over 25 years, there are some areas of science for which Hubble is still uniquely capable,” Crowther said.