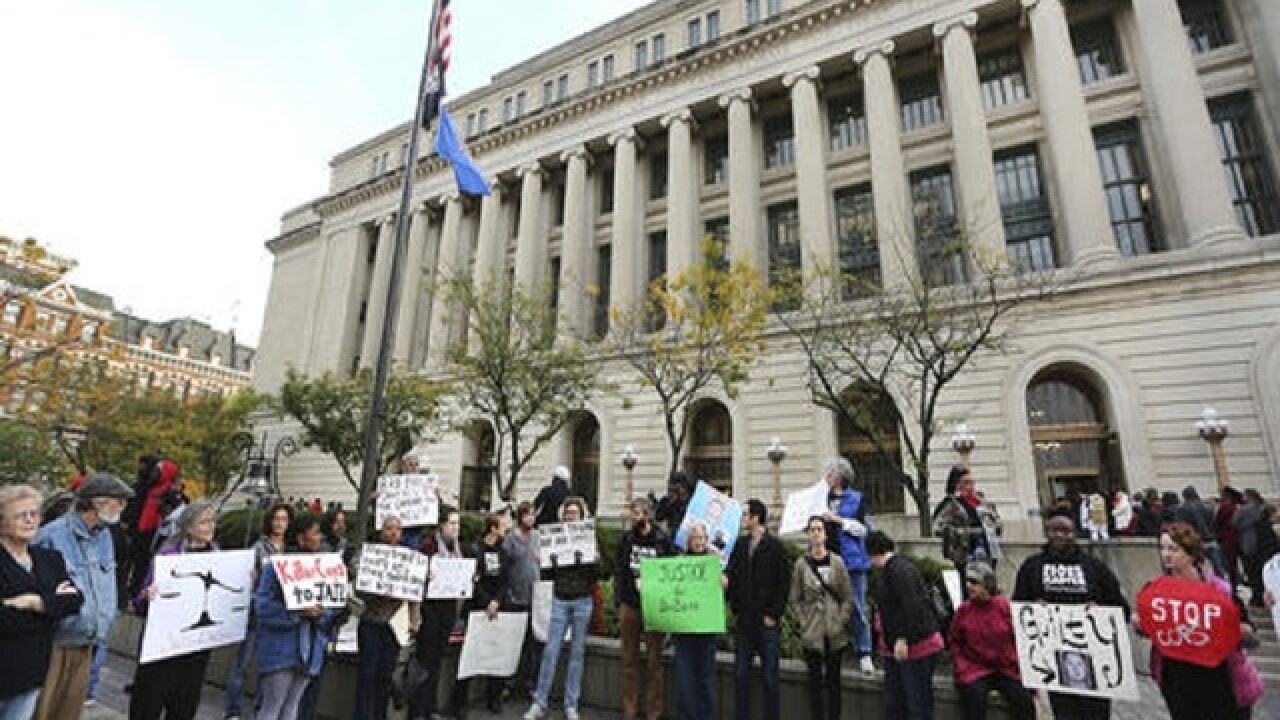 By: Associated Press
Posted at 1:40 AM, Nov 02, 2016
CINCINNATI (AP) — Testimony is set to begin in the Ohio murder trial of a white police officer who fatally shot a black man during a 2015 traffic stop.
Expert witnesses are expected to testify about the officer's body camera video after the prosecution and the defense offered conflicting interpretations about what it will tell jurors about the case.
The prosecutor said in opening statements on Tuesday that it shows since-fired University of Cincinnati officer Ray Tensing was lying when he said he was in danger of being dragged to death. He says Tensing acted contrary to police standards and the law when he shot 43-year-old Sam DuBose.
Attorney Stewart Mathews says the 26-year-old Tensing was facing death or serious injury from "a 3,000-pound car that he (DuBose) turned into a weapon."
Copyright 2016 The Associated Press. All rights reserved. This material may not be published, broadcast, rewritten or redistributed.