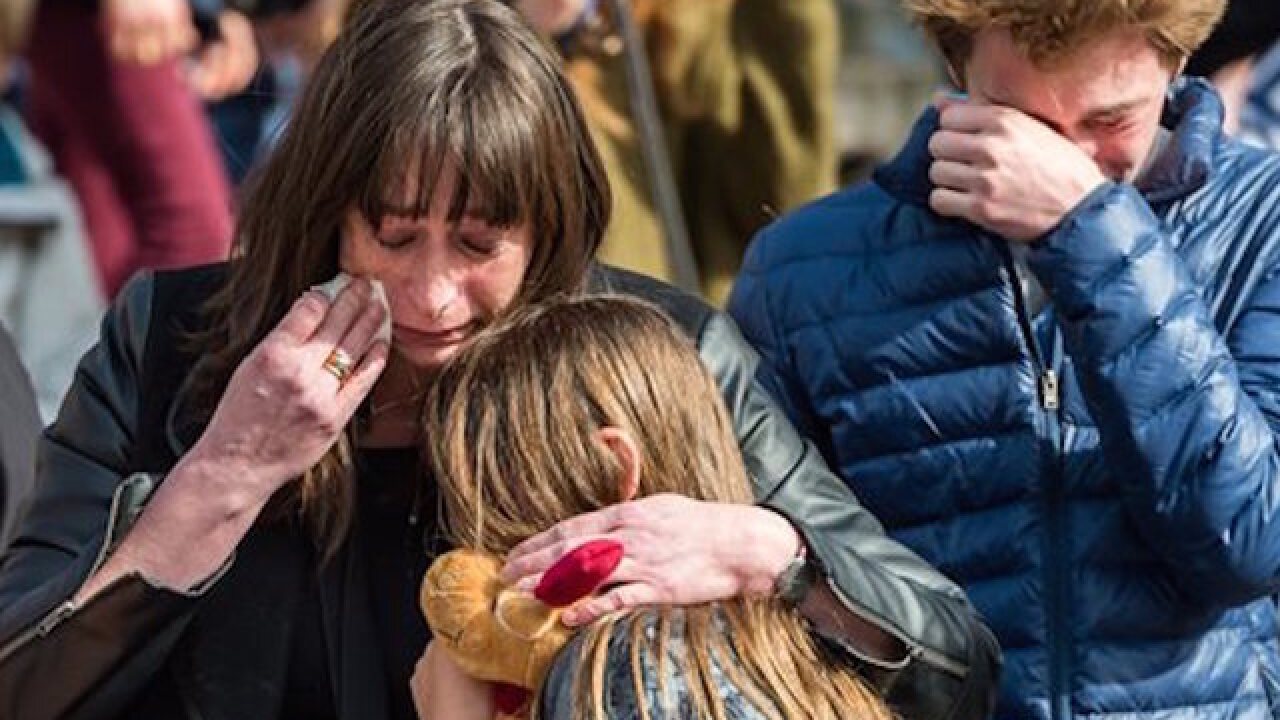 Copyright Associated Press
&lt;p&gt;People react as they stand at a memorial site at the Place de la Bourse in Brussels, Saturday, March 26, 2016. Brussels airport officials say flights won't resume before Tuesday as they assess the damage caused by twin explosions in the terminal earlier this week. (AP Photo/Geert Vanden Wijngaert)&lt;/p&gt;

A missing Tennessee native has been identified as a victim in the attack at the Brussels airport, according to his employer.

Justin Shults, 30, and his wife Stephanie Shults, had not been seen since Tuesday. She remains missing. Shults' employer, Clarcor, said in a post on its website Saturday that he died in the bombing.

Shults, originally from Gatlinburg, and his wife, a Lexington, Kentucky, native, graduated together from Vanderbilt University's Owen Graduate School of Management. They were dropping Stephanie's mother off at the airport and were watching her walk through security when the bombs went off, a family member said.

Shults' brother, Levi Sutton, wrote on social media Saturday that his brother "traveled the world, leaving each destination better than when he arrived."