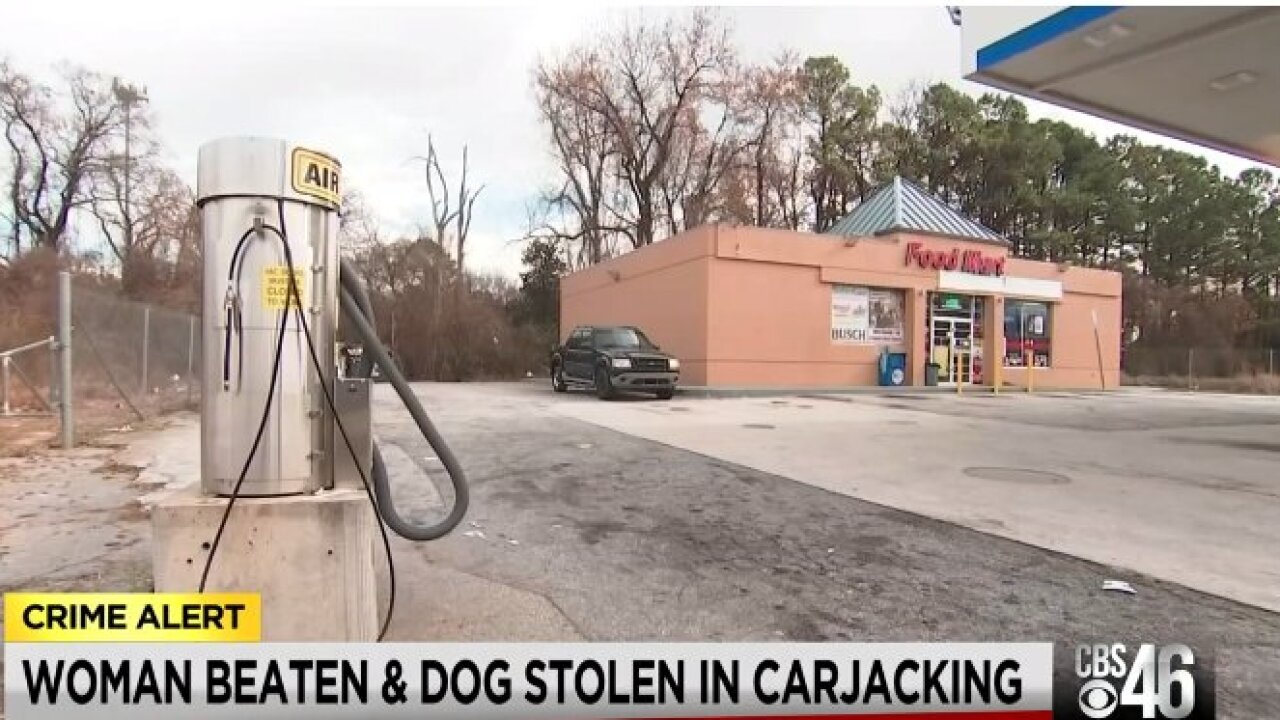 Police say Rosa Smith came to the Chevron gas station on Gresham Road in Atlanta to vacuum her car Thursday evening when a guy ran up and attacked her in a violent carjacking.

Smith, a retired attorney from California, had to have surgery for severe injuries to her face. She also has hip injuries.

The store manager at the gas station only three days on the job, got emotional talking to CBS46’s Hayley Mason about the attack he later saw on surveillance video.

He began to cry.

“She was just trying to vacuum her car out and the guy snuck up around the side of the car and attacked her,” the manager said.

Police say there are three suspects, the guy in the grey jean jacket who stole the car and his two friends pictured on surveillance video.

The woman’s eight-year-old dog Daphne, a black and white Terrier mix was inside the vehicle and was stolen too.