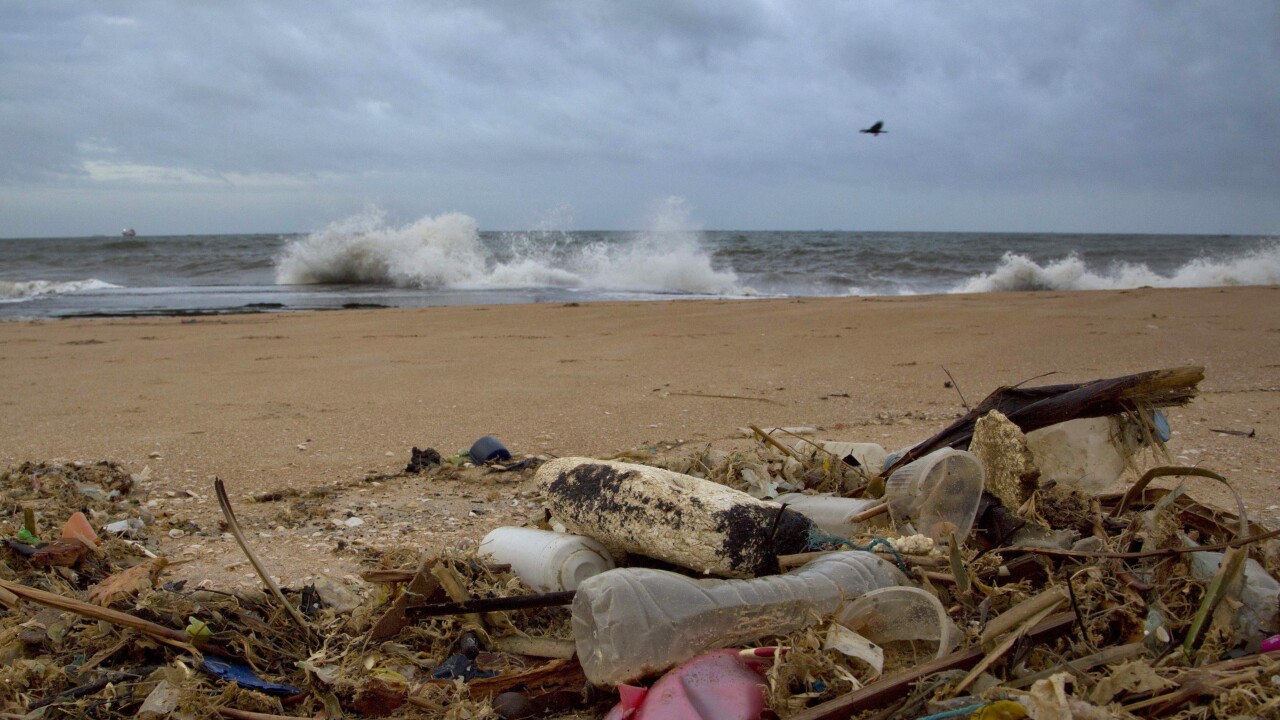 A new study takes a look at how deep the problem of plastics in the ocean goes. Studies have looked at the quantity and spread of plastics in the world’s oceans, and now scientists are getting a better idea of how much of that litter is sinking down to the sea bed.

The study, from Australia’s national science agency CSIRO, estimates there is 14 million metric tons of microplastics sitting on the ocean floor. That would be more than 35x as much plastic scientists believe is floating on the surface of the ocean.

Microplastics are defined as pieces of plastic that have been worn down by the ocean and other elements into tiny fragments, smaller than 5 millimeters.

The team collected samples of deep-sea sediments up to 9,800 feet deep from sites around the Great Australian Bight off the coast of South Australia. The robotic submarine took 51 samples.

Scientists found an average of 1.26 microplastic pieces per gram of sediment in the samples.

Dr. Denise Hardesty, Principal Research Scientist and co-author of the study, said they were "surprised to observe high microplastic loads in such a remote location."

"Our research found that the deep ocean is a sink for microplastics," Hardesty said. "By identifying where and how much microplastic there is, we get a better picture of the extent of the problem."

Around 150 million metric tons of plastic are already floating in our oceans -- with an additional eight million tons entering the water each year, according to the World Economic Forum.

The researchers say most of the plastic dumped into the ocean likely ends up on the coasts, rather than on the ocean's surface or floor.

The samples were taken in the spring of 2017; the study was published in Frontiers in Marine Science on Monday.