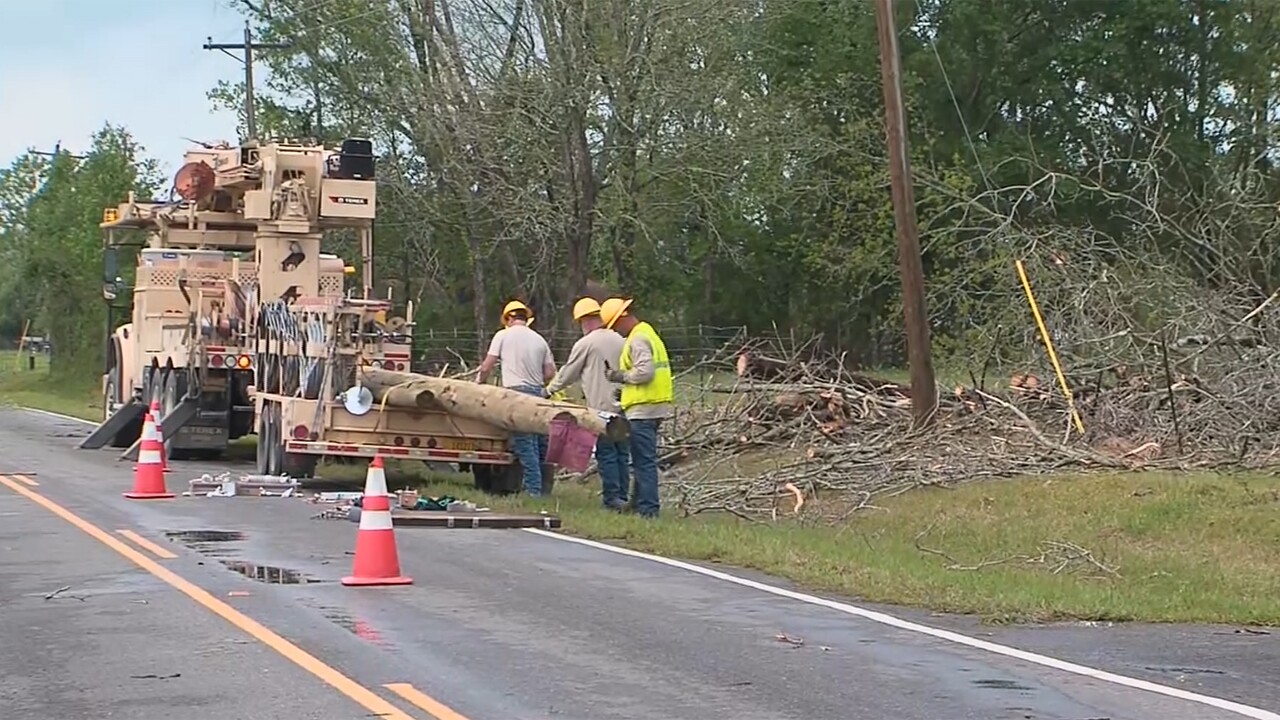 Forecasters said significant structural damage occurred near the Alabama-Georgia line in Eufaula after a possible tornado was reported, and the National Weather Service reported "considerable" damage in George County, Mississippi, where emergency management director Nancy Smith said trees hit at least two rural homes but there were no immediate reports of injuries.

"The dispatchers are still busy answering all the calls coming in," she said.

Multiple trees were down across central Alabama, including Birmingham's southern suburbs. A barn was destroyed in rural east Alabama, the weather service reported, and video showed debris swirling around a tornado on the ground near the city airport in Troy.

More than 35,000 homes and businesses were without electricity in Alabama, Georgia and Mississippi, where the weather service said winds up to 60 mph (97 kph) were possible.

Forecasters issued a series of tornado warnings and a tornado watch as storms moved eastward toward the Atlanta area. No injuries or touchdowns were confirmed, but the weather service said the threat would continue through late afternoon.

Temperatures were expected to fall into the mid-40s overnight after storms passed, the weather service said.