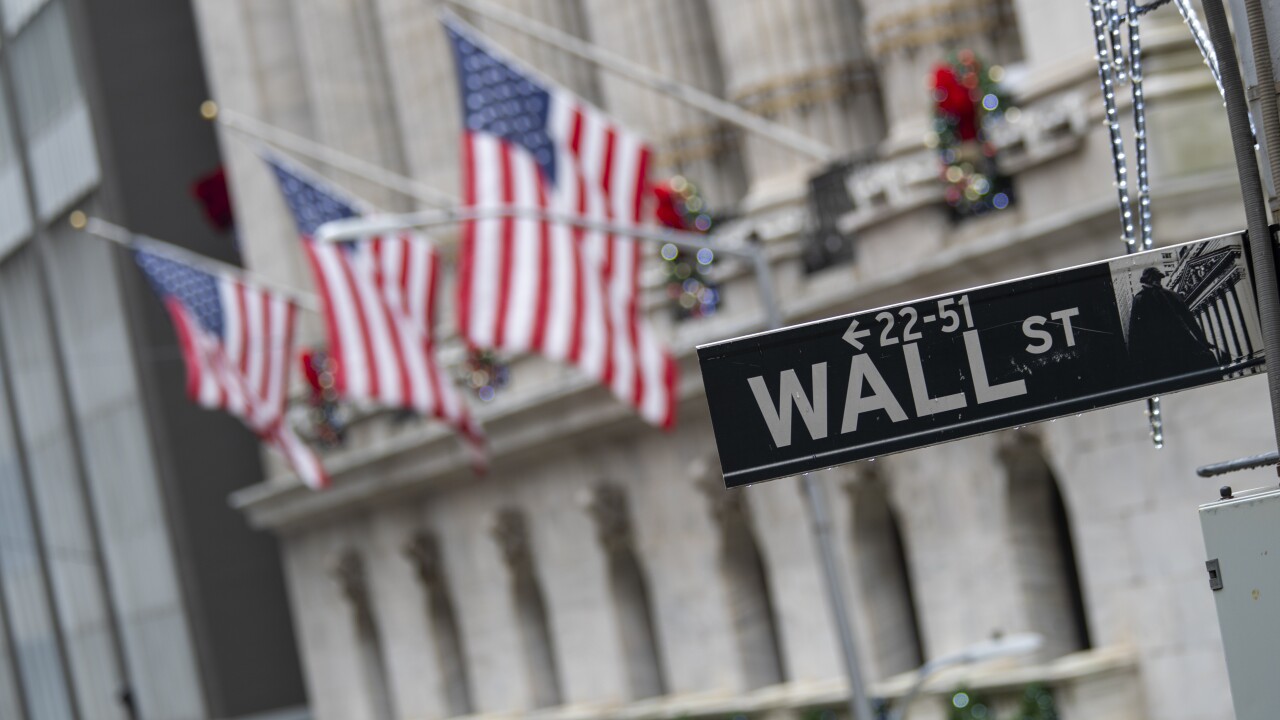 Copyright 2020 The Associated Press. All rights reserved.
Mary Altaffer/AP
FILE - In this Jan. 3, 2020 file photo, the Wall St. street sign is framed by American flags flying outside the New York Stock Exchange in New York. Shares are down in European trading on Friday, March 27, and expected to drop on Wall Street as investors weigh news of more virus infections against the economic stimulus provided by world authorities. (AP Photo/Mary Altaffer, File)

The Dow Jones Industrial Average closed the week on a sour note, giving back some of the gains it had made on three straight days in the green.

The Dow closed down 915 points — a 4 percent loss — its first drop since Monday. However, the markets remained up for the week, the first week-over-week gain since February.

The day of losses came despite the House passage of a $2.2 trillion stimulus package that the Trump administration hopes can boost the economy amid an economic slowdown caused by the coronavirus.

President Donald Trump is expected to sign the bill into law this afternoon.