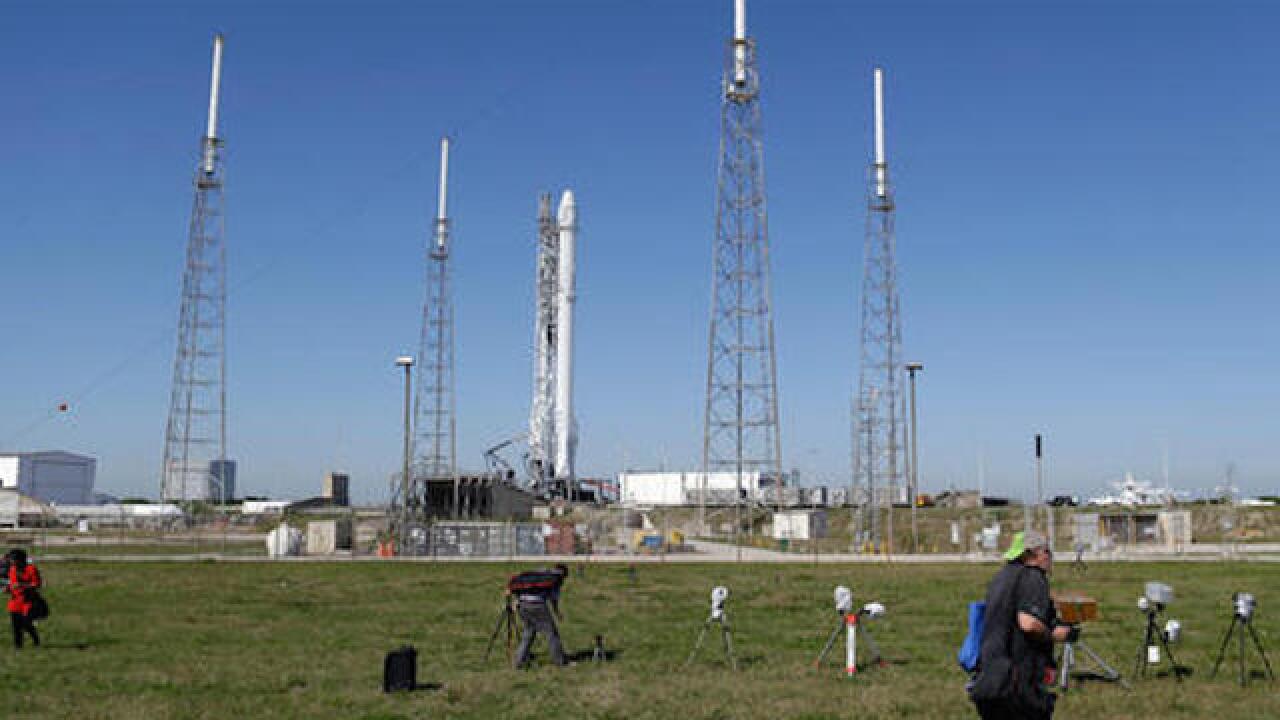 CAPE CANAVERAL, Fla. (AP) — SpaceX has resumed space station deliveries for NASA, launching the first inflatable room ever built for astronauts. And in a double triumph, the company also successfully landed its first-stage booster on an ocean platform for the first time.

SpaceX employees gathered around the company's Mission Control in Hawthorne, California, cheered wildly and chanted "U.S.A." after the booster touched down on the barge off the coast of Cape Canaveral, Florida, on Friday. Previous barge attempts had failed.

This is SpaceX's first shipment for the International Space Station in a year. A launch accident halted cargo flights last June.

The Dragon and inflatable room should reach the space station Sunday.