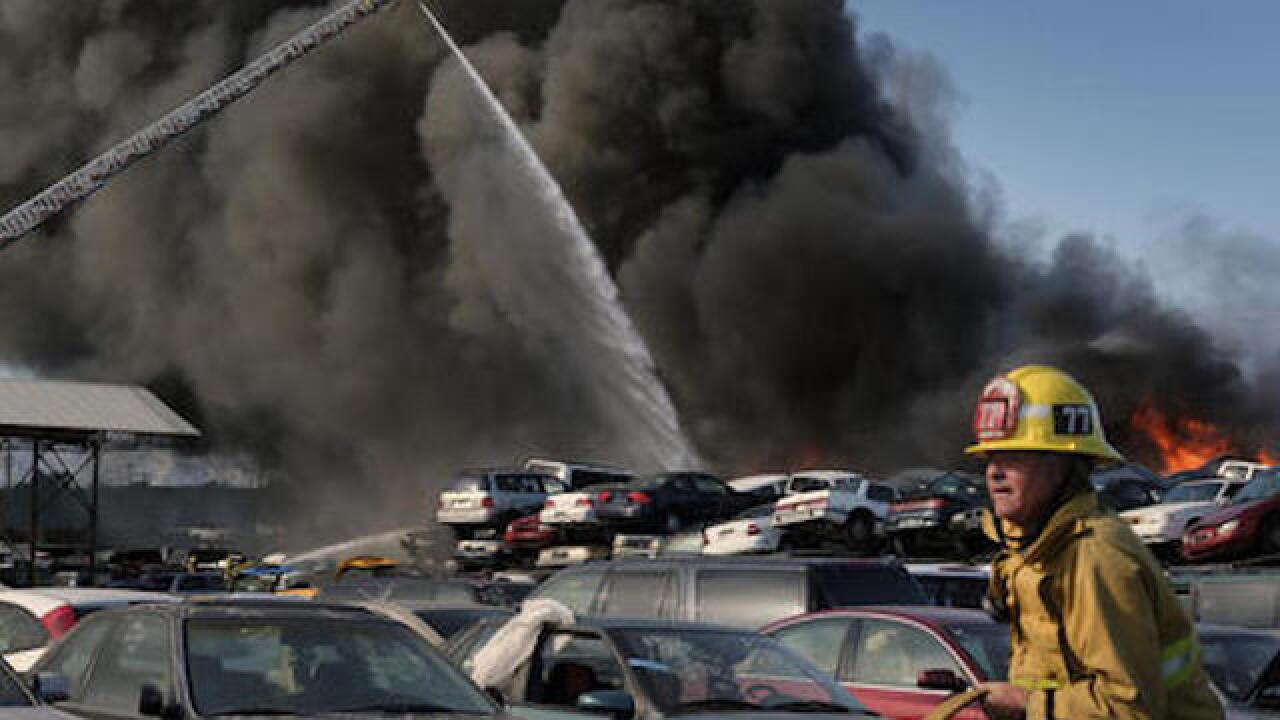 &lt;p&gt;Firefighters respond to a fire at an auto wrecking yard in the Sun Valley section of Los Angeles in the San Fernando Valley as a huge plume of thick, black smoke rises over them on Sunday, April 17, 2016. The city Fire Department said the blaze at Self Service Auto Recycler in Sun Valley has engulfed at least 15 vehicles. (AP Photo/Richard Vogel)&lt;/p&gt;

LOS ANGELES (AP) — A fire at an auto wrecking yard in the San Fernando Valley has sent a huge plume of thick, black smoke over Los Angeles.

The city Fire Department says the blaze at Self Service Auto Recycler in Sun Valley has engulfed at least 15 vehicles. The Fire Department is calling the fire a major emergency but no injuries have been reported and no buildings are threatened.

Smoke seen rising after fire breaks out at junkyard in Sunland https://t.co/XnR68HRfXxpic.twitter.com/XQqXenIzvc

The fire broke out shortly before 4 p.m. Sunday and was still out of control and churning out smoke about an hour later with about 100 firefighters working on it. The cause is not yet clear.