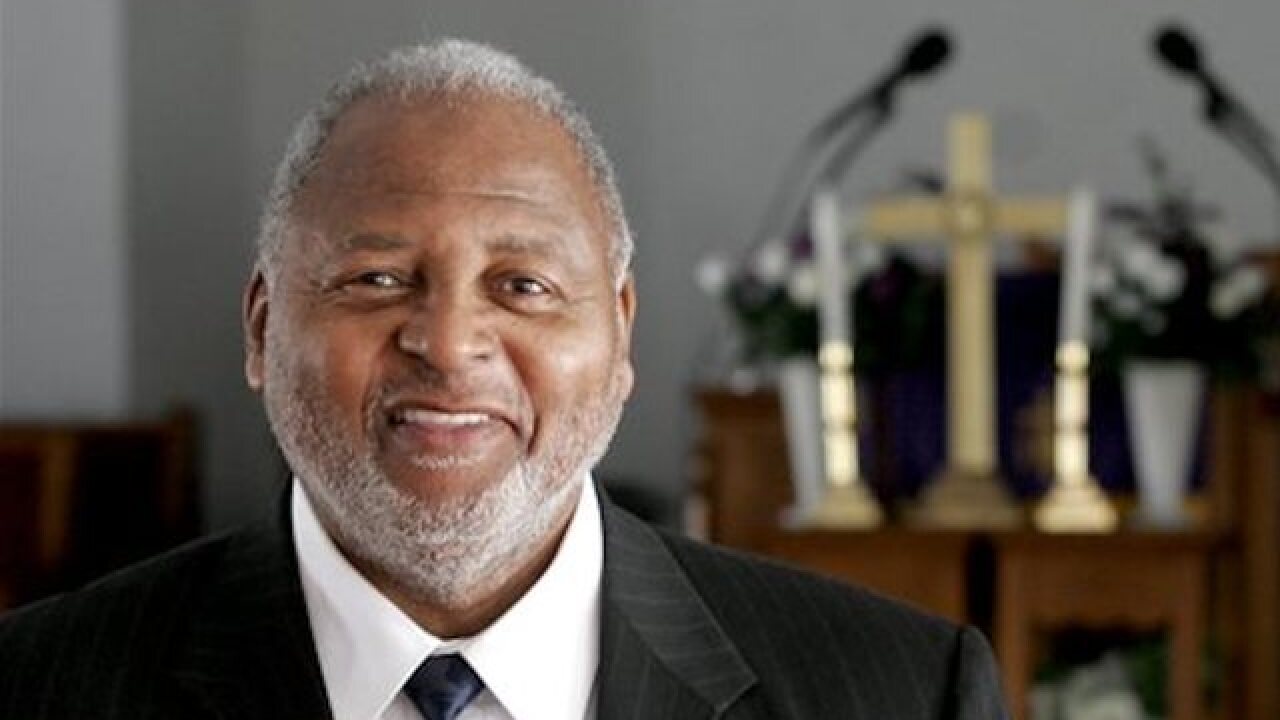 Copyright Associated Press
&lt;p&gt;The Rev. William B. Schooler is pictured in January 2011 photo in Dayton, Ohio. Schooler, 70, was fatallly shot Sunday, Feb. 28, 2016, while in his office at St. Peter's Missionary Baptist Church in Dayton, Dayton police said. His brother, Daniel Gregory Schooler, 68, was arrested at the scene and taken to the Montgomery County jail. He faces a murder charge on Monday, said Sgt. Richard Blommel. &lt;/p&gt;

DAYTON, Ohio (AP) — The brother of a slain southwest Ohio pastor was expected to be charged Monday in the fatal shooting that occurred at the pastor's church office as services were winding down, police said.

The pastor's brother, 68-year-old Daniel Gregory Schooler, was arrested at the church and taken to the Montgomery County jail. . He was facing an expected murder charge on Monday, said Sgt. Richard Blommel. Calls to police Monday morning weren't immediately returned.

Police said they did not know Sunday what led to the shooting, but said the pastor was the only intended victim.

The brothers' niece, Joyce Napier, told the newspaper that Daniel Schooler has a history of mental illness.

"I would think it has to be something's going on in his head to do something like that, because we were raised to love," she told the newspaper.

He taught in the Dayton school district in the 1970s and served as a principal in the Jefferson Township district for nearly two decades, according to the Daily News. He also held other positons with community organizations and local governments, including serving as a certified city of Dayton mediator.

"He had deep roots in the community," a friend, Ronnie Moreland, told the newspaper.

Dayton City Commissioner Joey Williams told the Daily News he had discussed with Schooler ways to reduce violence in the community.

"For him to be a victim of violence is just extremely saddening," Williams said.