Man shot by police after drawing weapon at US Capitol 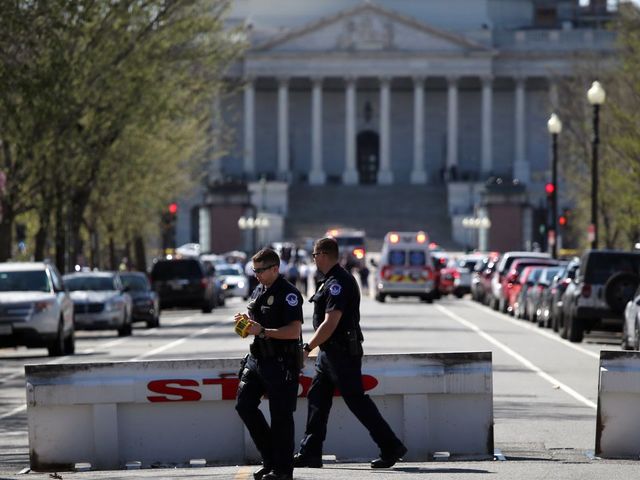 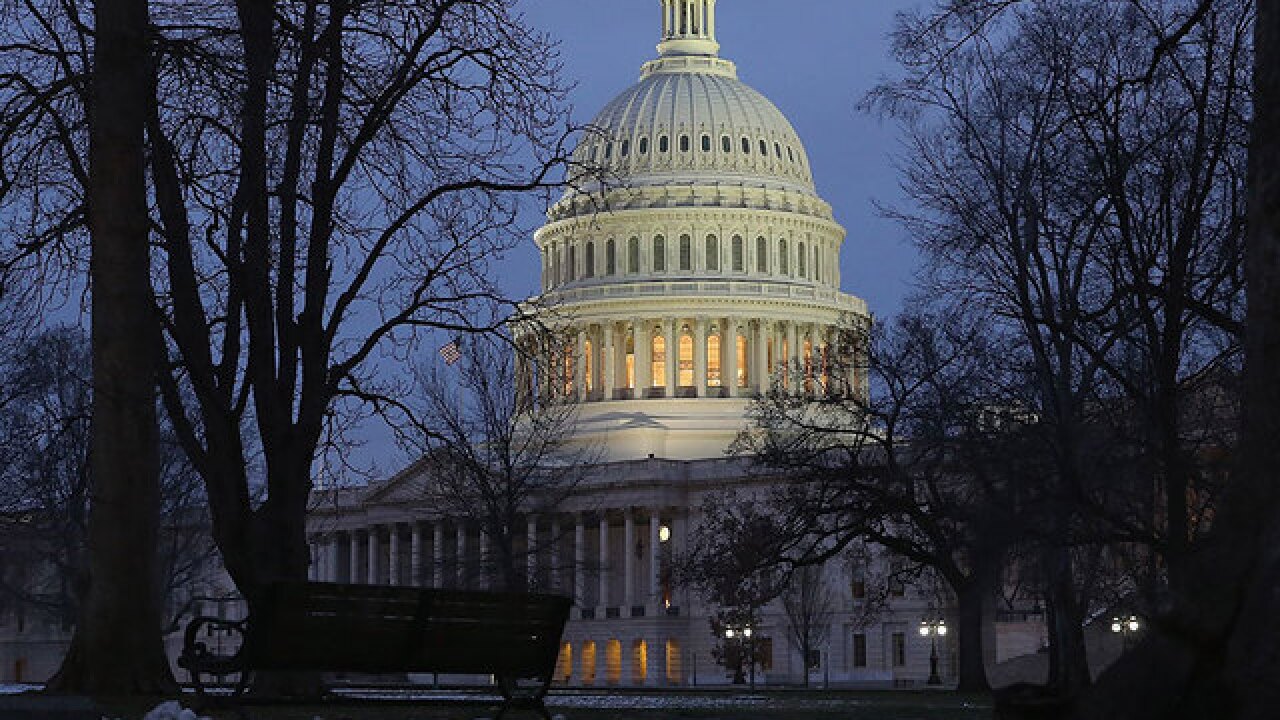 WASHINGTON (AP) — Police shot a man on Monday after he pulled a weapon at a U.S. Capitol checkpoint as spring tourists thronged Washington, authorities said. The suspect was previously known to police.

The suspect was taken to a local hospital, and a female bystander also sustained non-life-threatening injuries.

Capitol Chief of Police Matthew R. Verderosa declined to confirm reports that the suspect was the same man who was arrested last October for disrupting House proceedings, yelling he was a "Prophet of God."

That man, 66-year-old Larry Dawson of Tennessee, was issued a "stay away order" by D.C. Superior Court in October, telling him to keep away from the Capitol grounds, court documents show.

The U.S. Capitol was on lockdown for about an hour Monday and the White House also was briefly locked down. As the capital teemed with spring tourists in town to view the cherry blossoms, staff members and visitors to the Capitol were rushed into offices and told to shelter in place.

"We do believe this is an act of a single person who has frequented the Capitol grounds before and there is no reason to believe that this is anything more than a criminal act," Verderosa told reporters. He said it was unclear how many officers fired their guns. Initial reports had said an officer was injured but that proved wrong.

Verderosa said the suspect's vehicle had been found on Capitol grounds and was being seized.

Monday's event unfolded with Congress on recess and lawmakers back in their districts. House Speaker Paul Ryan, R-Wis., issued a statement thanking Capitol Police, as did other congressional leaders. "This evening our thoughts and prayers are with all those who faced danger today," Ryan said.

The sprawling Capitol Visitors Center where the shooting occurred remained closed into the evening as the incident was being investigated, while the Capitol itself and nearby office buildings reopened.

Visitors were turned away from the Capitol in the immediate aftermath of the shooting as emergency vehicles flooded the street and the plaza on the building's eastern side. Police, some carrying long guns, cordoned off the streets immediately around the building.

Cathryn Leff of Temecula, California, in town to lobby with the California Association of Marriage and Family Therapists, said she was going through security at the main entrance to the Capitol Visitors Center when police told people to leave immediately.

Outside, on the plaza just to the east of the Capitol, other officers told those there to "get down behind this wall," she said. "I heard what sounded like two shots off to my left." After a while, police told her and others to keep running. "I felt like I was in a movie. It didn't feel real at all."

From back home in their districts, many lawmakers got in touch with staff to ensure all were safe, and posted thanks on Twitter as it appeared they were.

Earlier in the day, officials conducted an unrelated shelter-in-place drill at the Capitol.

See some social media posts from around the Capitol Building below.

There has been an isolated incident at the US Capitol. There is no active threat to the public

A video posted by Sammy Sanchez (@ssammysanchez) on

Sooooo I'm stuck in the bathroom while something big is going on around me.

Hearing an alarm warning of gunshots at the Capitol while inside is a strange feeling. Hopefully no one has been hurt. Thankfully, Hill staff seem to feel secure with the Capitol Police who have always done a great job keeping everyone safe without invading privacy.

A photo posted by Christian Rice (@christian_edwords) on

Here we are in a "shelter in place ". We had taken the tunnel from the Library of Congress to the Capitol Visitors Center. We were trying to decide which direction to walk when a police officer ran by with her hand on her weapon. We kind of just stood there, not knowing what to think. She got past us and drew her weapon and next thing we knew, there were officers coming out of the woodwork yelling for us all to exit through the tunnels. We were shepherded through a maze of corridors and tunnels until we arrived here. We didn't know what happened, but people were panicked. Now we have just been informed that there was a shooter at the CVC(where we were), but s/he has been apprehended. We have to stay here a while longer. No police officers or civilians were hurt UPDATE: One officer was shot, but is not seriously injured.

A photo posted by Ashley Rogers (@miss.ashleyrose) on