Great Mills High School in St. Mary's County says they are on lockdown after a shooting early Tuesday morning. 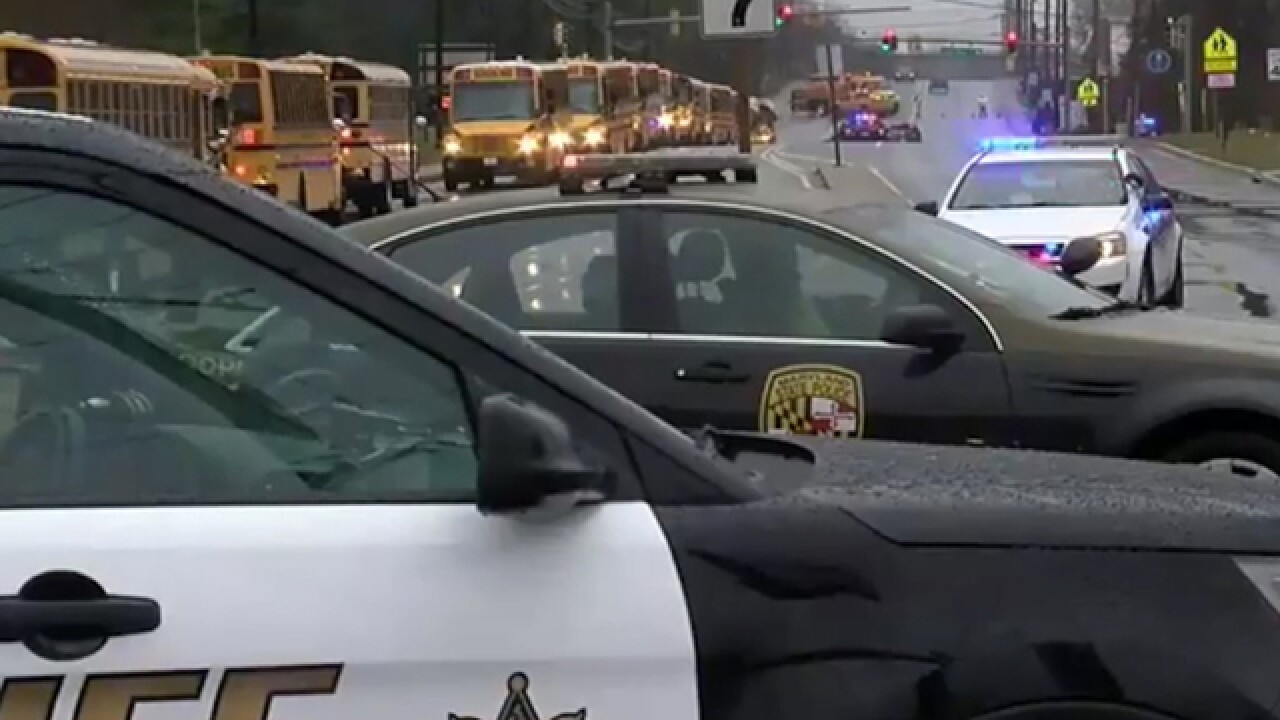 Two students are injured — one of which is in critical condition — after a school shooting took place Tuesday at Great Mills High School in southern Maryland.

The gunman died following the attack according to police officials.

Jonathan Freese, a student at Great Mills, told CNN he was in lockdown in his math class. Police were going through classrooms to clear the school, and students will then be escorted out of the school, Freese said.

"I'm still a little shaken up," he said.

Freese said the school had held drills a couple of times for this kind of situation.

"I didn't really expect for this to happen. I do always feel safe, though, because they always have police at the school," he said.

According to CNN's research, there have been 16 confirmed school shootings this year in the United States prior to today.

Great Mills High School has an enrollment of just over 1,500 students, and the student body was about 56% minority students and had a four-year graduation rate of 91%, according to the school's 2015-16 improvement plan.

Last week, students at Great Mills High School walked out of class as part of a student-led protest against school violence in the wake of the mass shooting at Marjory Stoneman Douglas High School in Parkland, Florida.

Al Murray shot video of police responding to the shooting at the high school Tuesday. He says he saw at least one officer run into the building with a shotgun or rifle.