Senate Judiciary Committee takes up #MeToo in the courts 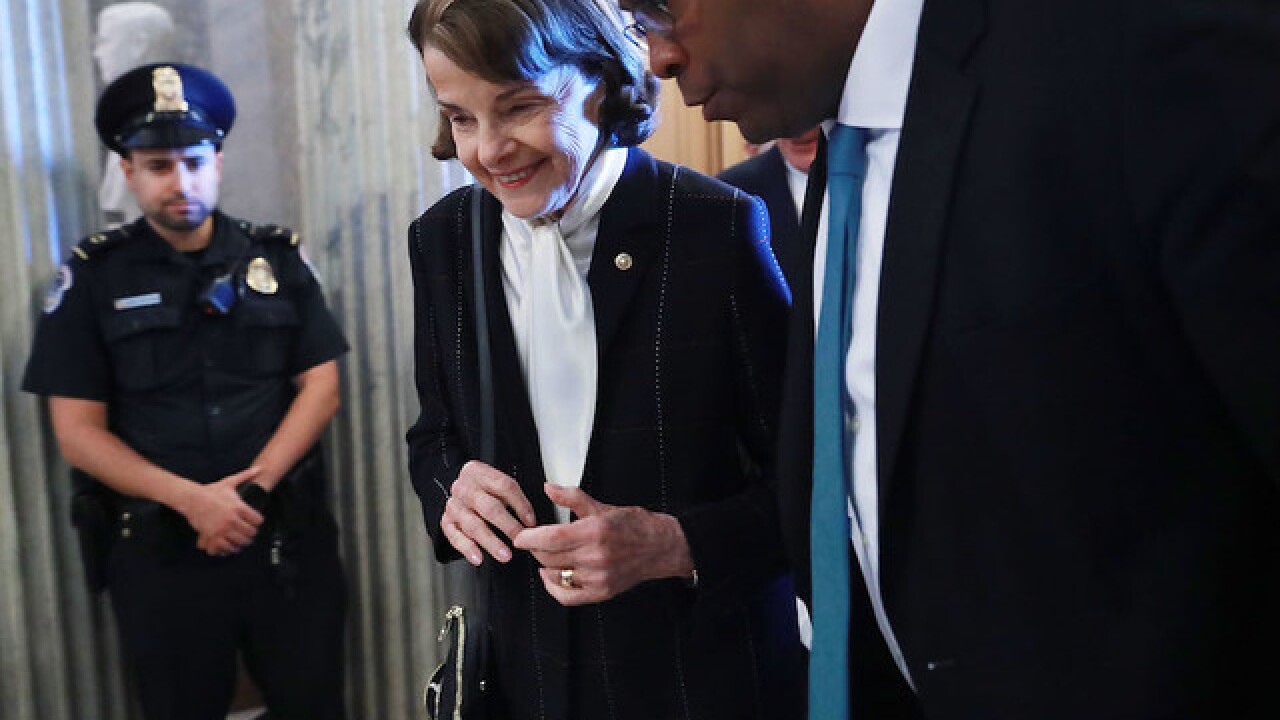 The Senate Judiciary Committee will hear testimony related to judicial misconduct on Wednesday, including from a Washington lawyer who says she collected numerous accounts of sexual harassment by judges, in the first public airing of US judges' #MeToo moment.

Jaime Santos says that after women went public last December with complaints against California-based US Appeals Court Judge Alex Kozinski, she and colleagues began trying to address the larger harassment issue by talking to women who had worked closely with federal judges in prestigious law clerk positions.

"Harassment and abuse within the judiciary are not the rule, but these experiences are not uncommon," Santos, who is a former law clerk from the 9th Circuit, where Kozinski served, says in prepared testimony. "Law clerks and externs from numerous federal courts shared with us that they had felt demeaned, belittled, or humiliated during their clerkships or externships.

"Some shared stories about being asked sexual questions during job interviews, hearing their judge or co-clerks speak about female attorneys in derogatory and objectifying terms, and being groped or kissed in public and in private."

A special report examining about 5,000 judicial orders arising from misconduct complaints over the past decade found that courthouse employees and others with potentially valid complaints against judges rarely use the judiciary's misconduct system, or get no relief when they do. Judges overseeing the system seldom find that a claim warrants an investigation or that a judge should be disciplined.

On Wednesday the Senate committee is also scheduled to hear from James Duff, director of the Administrative Office of the US Courts, who oversaw a group set up to examine judicial misconduct. Chief Justice John Roberts established the working group in December after The Washington Post first reported complaints from women against Kozinski.

In his prepared remarks, Duff highlights the group's proposal for a national Office of Judicial Integrity, with a hotline for employees to seek counseling, guidance and intervention if harassed. Duff also says the current process for reporting complaints against judges "works well when utilized." He said officials are trying to make it easier to use.

The working group reported earlier this month that "inappropriate conduct" in courthouses is "not limited to a few isolated instances," but the group did not detail the magnitude of employee abuse beyond saying it was "not pervasive."

It did make several recommendations, including that judges put a greater priority on improving workplace culture, the code of conduct be revised to make clear what behavior is prohibited and the complaint system be made more transparent and accessible.

Senate Judiciary Chairman Chuck Grassley, an Iowa Republican, said he feared the judiciary was missing an opportunity to improve its system for reporting and investigating misconduct.

"After the Kozinski scandal and other allegations, it was a real chance to undertake reforms," Grassley, an Iowa Republican, said in a statement earlier this month. "But in too many ways, this vague report kicks the can down the road. ... It appears victims could be left wondering to whom they can report, with little instruction or transparency in the process or resolution."

A review of the system found that more than 1,000 orders related to misconduct are posted annually on federal court websites, but they contain few details and are not categorized in a way to separate the frivolous from those with merit. Filing a legitimate grievance can be difficult, as forms and instructions are not easily retrieved and explained throughout the 13 regional circuits.

In most cases when a judge faced serious scrutiny, the judge retired and ended all disciplinary proceedings.

Kozinski, who had been subject to misconduct allegations in 2009, retired in December after the new claims were published in news reports. A formal misconduct complaint was filed, but judicial officials declined to investigate because the judge had stepped down.

After the complaints against him emerged six months ago, Kozinski said he "may not have been mindful enough of the special challenges and pressures that women face in the workplace." His lawyer, Susan Estrich, said "he denied the substance of the charges" and resigned because "he did not wish to burden the judiciary or his former clerks with [an] investigation."