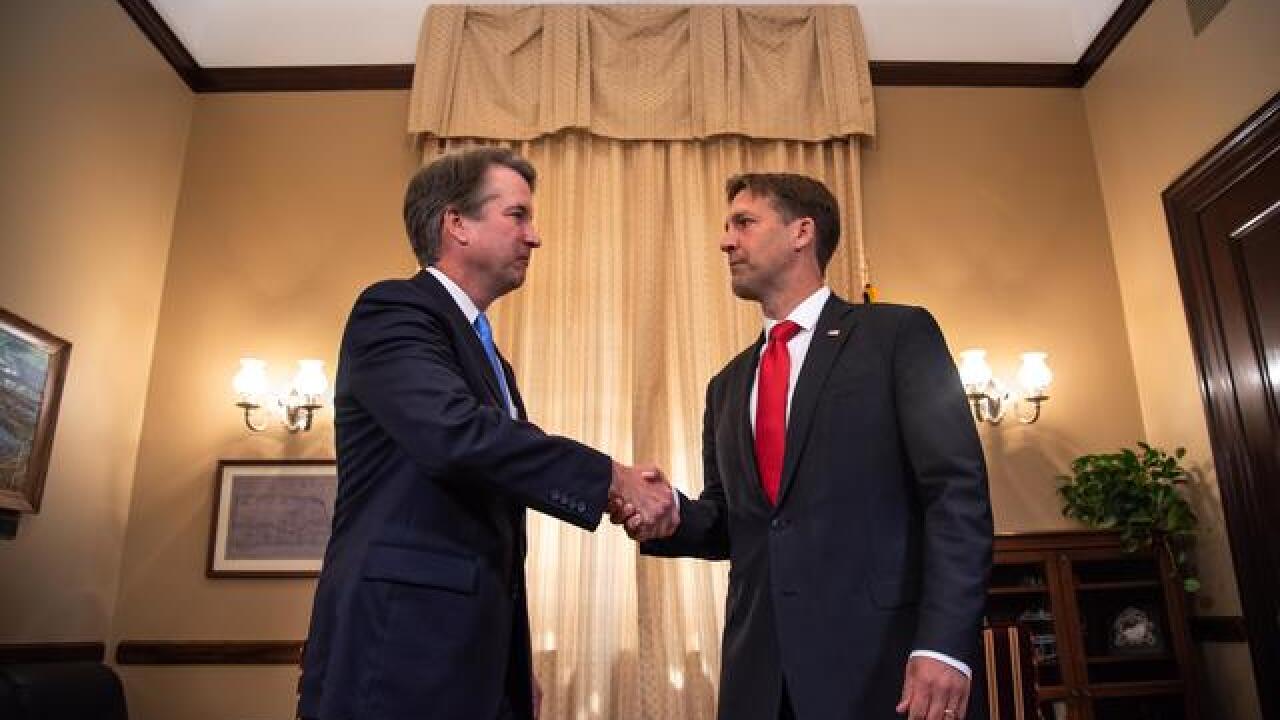 "It was a productive meeting. Brett Kavanaugh is a very attractive pick," said Sasse on his meeting with the nominee. "I wanted talk about the first amendment and frankly, Justice Kennedy, who is retiring and has been on the Court for nearly 30 years and the First Amendment was one of his big ones so I wanted to talk to him about that."

"The guy in person doesn't have any resemblance to the caricature that you hear screamed about on social media so I think it's going to be very difficult for folks to demonize him. He's a humble man - clearly a brilliant jurist," added Sasse.

But not everyone agrees with Sasse.

Democrats argue he has too much of a conservative record and question his arguments for more legal protections for presidents, and his decision on Obamacare and abortion.

"When you see all this screaming from the left outside the Supreme Court as I went and witnessed on Monday night when I came back from being with President Trump during this announcement, and when you see all of this screaming outside of the Supreme Court, it's because people have been trying too hard to politicize the role of the Court, and get social political outcomes they want out of the court, but that's not the Court's job," said Sasse.

Republican leaders have said they hope to hold a hearing to confirm Judge Kavanaugh before the elections in November.