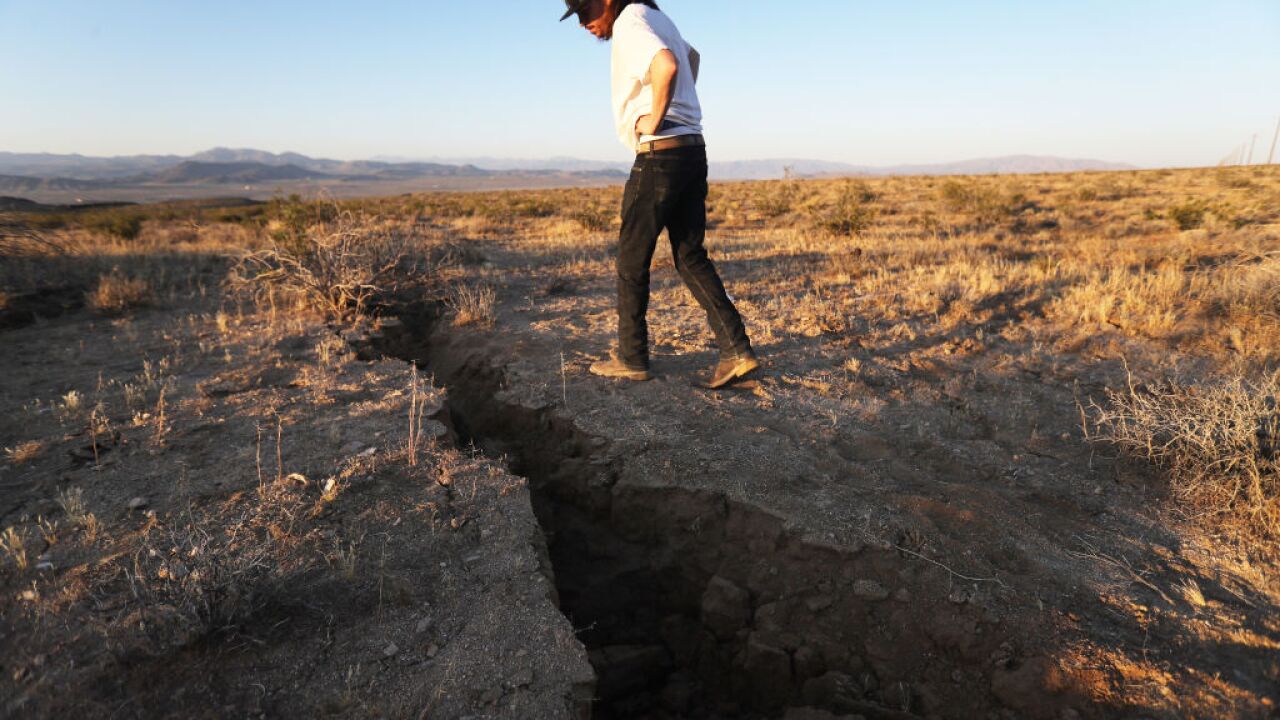 Residents of Southern California are on high alert after a 7.1-magnitude earthquake rocked communities near the Mojave Desert on Friday, just one day after a 6.4-magnitude quake occurred in the same area.

The United States Geological Survey (USGS) warned that another earthquake of a similar magnitude could strike within the next week, while aftershocks have occurred an average of once a minute since Friday night.

Those earthquakes occurred along a fault centered near Ridgecrest, California, but it reminded geologists of the looming danger of another major quake along the imposing San Andreas fault zone to the west, which could cause significantly more damage.

In light of this week's quakes, USGS researchers are reiterating their prediction that there's a 70% chance an earthquake of a magnitude of 6.7 or higher will strike the San Francisco Bay area along the San Andreas fault zone before 2030.

Here's what you need to know about that massive fault zone and what it means for future California quakes.

It's not a fault line, but a network

Fault lines occur where rocks on two sides push against or slide past each other, displacing the earth's crust.

Though the motion is typically unnoticeable to the naked eye, rocks continue to push but get stuck on each other's edges. Pressure builds up until stress overcomes friction, creating a sudden release of energy that sends seismic waves through the ground, called earthquakes.

The San Andreas fault zone is an 800-mile boundary between the Pacific tectonic plate to the west and the North American plate to the east. Here, the plates grind past each other horizontally at a rate of about 2 inches per year, and the slight motion can cause a few smaller shocks and tremors.

The fault zone isn't a single line, but a system of faults that snake throughout California, including populous areas such as Los Angeles and San Bernardino counties.

The last major quake to occur along the San Andreas fault zone was in 1906, when a 7.9-magnitude earthquake and subsequent fire leveled parts of San Francisco and killed 3,000 people, the deadliest in US history.

But going more than 100 years without major seismic activity along the fault zone is an anomaly, geologists say, and could portend a massive earthquake along the infamous fault.

It's not likely that this week's earthquakes will trigger the "Big One" geologists warn about -- at its closest point, the San Andreas fault zone is more than 150 miles away from the Mojave Desert, USGS seismologist Susan Hough told CNN affiliate KTLA .

Though it's difficult to predict the exact timing of when earthquakes will strike or what their magnitude will be, researchers are encouraging residents and local officials to prepare now and retrofit structures to withstand seismic force before the next significant quake -- or the "Big One" -- strikes.