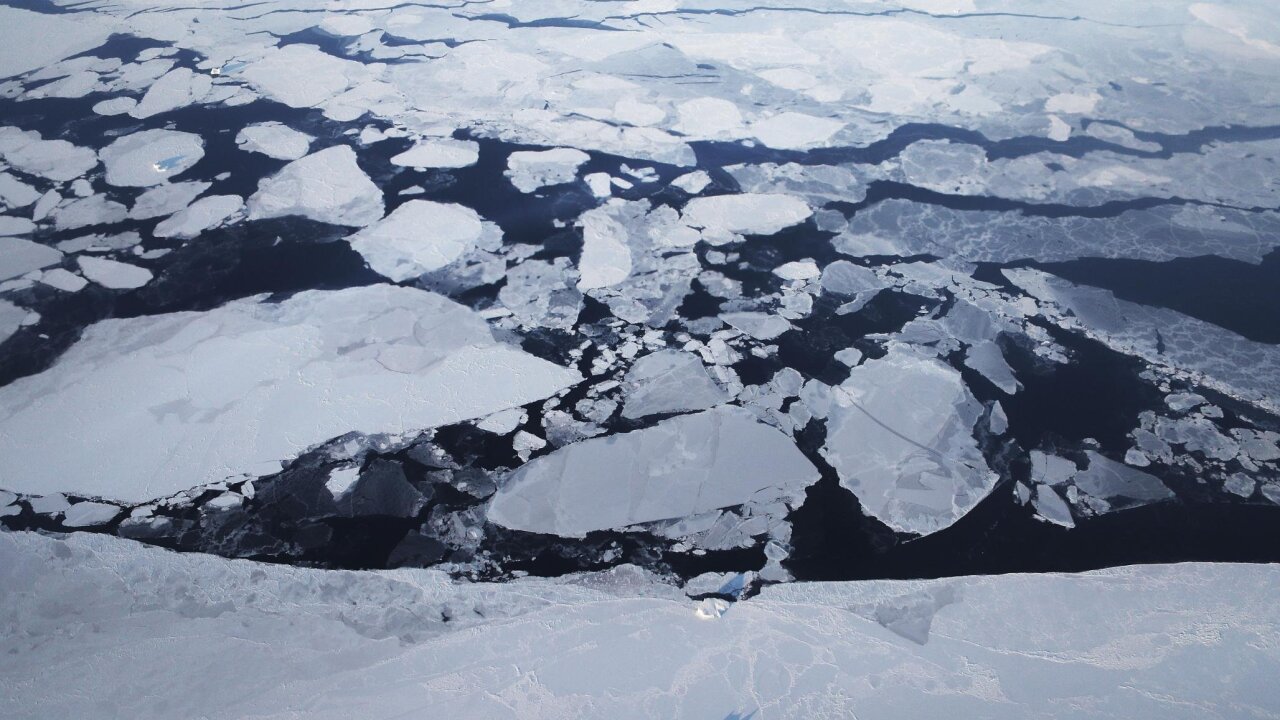 Mario Tama/Getty Images
Global sea levels could rise more than two meters (6.6 feet) by the end of this century if emissions continue unchecked, swamping major cities such as New York and Shanghai and displacing up to 187 million people, a new study warns.

Scientists from all over the world recently returned home after the largest Arctic expedition to date.

The Polarstern, a German ice breaker, housed hundreds of scientists who spent time over the past year to do research in the Arctic.

“The MOSAiC Expedition is an expedition to the central Arctic. We took a ship, an icebreaker ship, and froze it in the arctic sea ice. It stayed there and drifted with that ice for a full year and that ship served as a platform for doing all kinds of research to understand the changing Arctic sea ice and the implications that has on the arctic system and global system,” Matthew Shupe, scientist and co-coordinator of the MOSAiC Expedition, said. He is also a professor at the University of Colorado Boulder.

“MOSAiC really represents the largest expedition to the arctic ever,” he said. “MOSAiC is, I would say, very photogenic. It’s really compelling and captivating to all kinds of audiences.”

But the data collected and changed observed during the rip serve a larger purpose than just beautiful, picturesque nature videos and photos.

“The Arctic is changing. The sea ice is changing and we knew this,” Shupe said. “But when we went there the ice was thinner than we expected.”

It’s an indicator of larger changes as well.

The data these scientists collected over the span of a year will be used for global climate and weather prediction models.

“These models rely on information, we have to understand the Earth's system in order to model it,” Shupe said.

Hundreds of scientists from 37 different nations, all focusing on different projects, funded in part by U.S. tax dollars.

“This is funded by the national science foundation, department of energy, NOAA, NASA, these are institutions that are funding this kind of research to understand arctic change and how it affects all of us," Shupe said.

Next year, you’ll be able to experience the Arctic, too.

“This planetarium film is an educational documentary about the MOSAiC Expedition,” said Lianna Nixon, a filmmaker, who spent a few months aboard Polarstern. She documented the expedition for a few months to bring the Arctic to everyone. “What we wanted to do was really express what kinds of science people were doing in the field and take that into your local planetarium.”

The 30-minute film will be available at planetariums as soon as next year -- a 2D version will also be available.

“The Arctic impacts all of us no matter where we live. The polar regions drive a lot of our global climate systems,” Nixon said.

Expeditions to the Arctic have been happening for more than 100 years, but this new data collected by MOSAiC will be used in the science community for years to come.

“MOSAiC is building on this history of expeditions to the Arctic,” Shupe said.