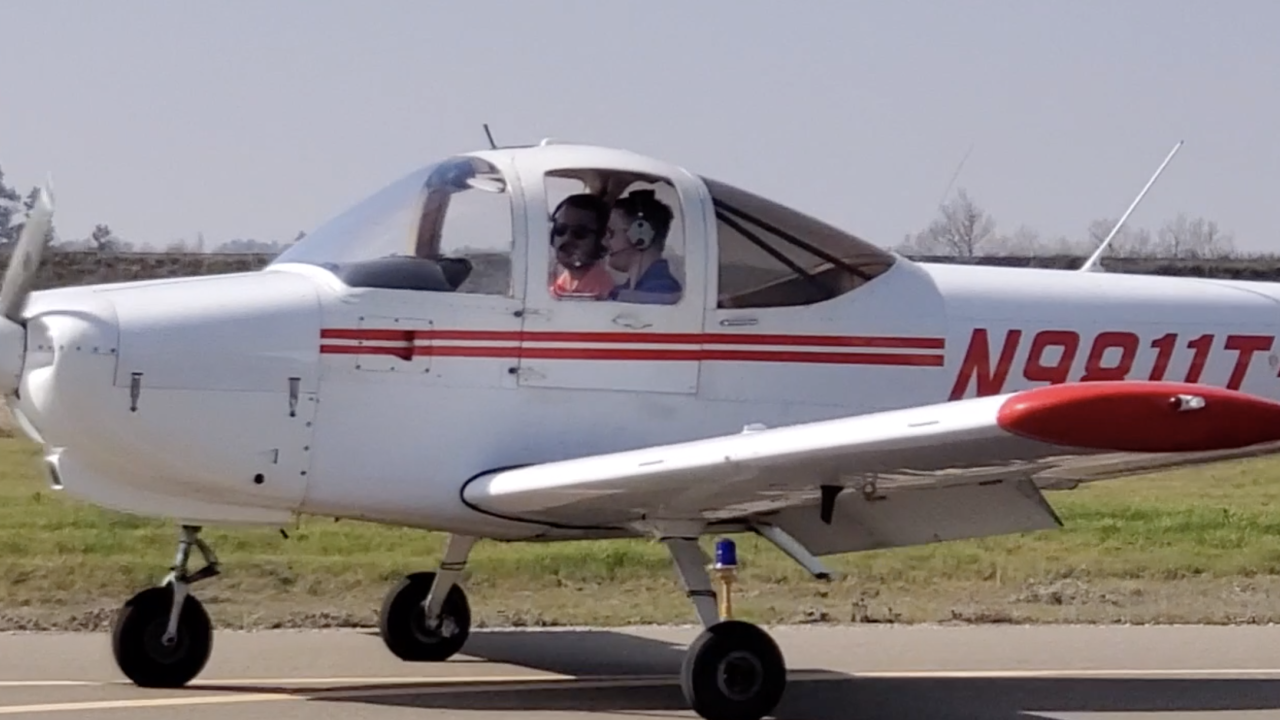 Daisy Muniz works at the same elementary school she attended while growing up in Reedley, California.

"I moved here from Mexico when I was five, and I've been in Reedley all my life," said Muniz.

Reedley is a rural town in central California that has seen better days. Its unemployment level is more than triple the national average, but it's trying to flip the switch on its economic woes and take the city to new heights.

"When I came on board, we actually were going through a pretty bad cycle," said city manager Nicole Ziba. "Had an unemployment rate of 33 percent. That means 1 out of every 3 people that you would run into was out of a job and looking for one. That's a pretty dire situation economically."

The town is trying to parlay its history with aviation into a bright future above the clouds.

"The reason we have a shortage is that the cost of getting your pilot certificate is so high that it prices a lot of people out of that market or out of even considering that career path," said Joseph Oldham, with the San Joaquin Valley Clean Transportation Center.

It starts with their best and brightest.

Jefferson Elementary has a new state of the art flight simulator, courtesy of Boeing. It's part of the company’s plan to inspire a new generation of pilots.

Rose, a student at the elementary school, doesn't have her sights set on staying in Reedley forever.

If she decides to cash in on her new found skills, she won't have to leave the city limits to train.

"They teach us ground school lessons, so everything from we need to learn about the physics of flying, to learning airports, airport diagrams, and then they teach us as well in the simulator class how to actually fly the plane. That gets us ready for when we go to the actual airport and fly the real thing," said Benjamin Jones, a student in the Reedley College.

Reedley College has a flight training program offering a less expensive option for prospective aviators. It's all part of the city’s bid to become a pilot pipeline.

"You hear a lot of kids, 'I want to be a fireman. I want to be a policeman.' Now that this is here, now they have, 'Oh, we could fly planes? we could be pilots?'" said Muniz.

But even if the students don't become pilots, just having the simulator around presents new horizons.

"It doesn't just open up the possibility for this, but now it's like opening their minds to, what else? What's out there? What more can I do?," said Muniz.