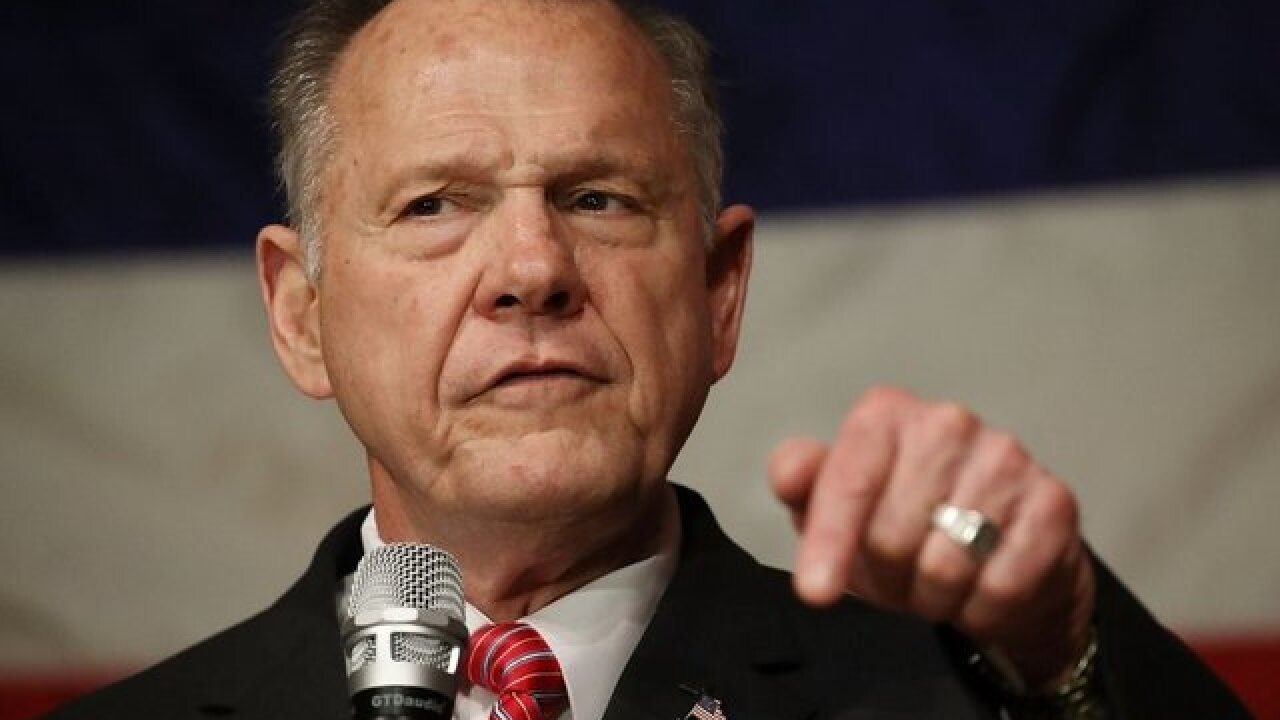 MONTGOMERY, Ala. (AP) — A judge has paused a defamation suit filed by Roy Moore against women who accused him during his unsuccessful U.S. Senate bid of past misconduct.

Circuit Judge Albert Johnson ruled last month case will be held on the administrative docket until a related defamation case against Moore by one of the women is resolved.

During Alabama's 2017 special Senate race, several women accused Moore of having pursued relationships with them decades ago when they were teens and he was in his 30s. Leigh Corfman said Moore sexually touched her in 1979 when she was 14 and he was a 32-year-old prosecutor.

Moore said Friday he went to court to clear his name and the court's decision is "very unfair."

"Nothing that's happened to me has been fair in court. Nothing," Moore said.

Moore is a former Alabama chief justice who has a strong following among some evangelical voters. He was twice removed from the bench for defying, or urging defiance, of court orders regarding same-sex marriage and the public display of the Ten Commandments in a state court building.

Support from evangelical voters helped Moore secure the GOP nomination to replace Jeff Sessions in the U.S. Senate, but Moore lost the 2017 Senate race to U.S. Sen. Doug Jones amid the accusations against the ex-justice.

Moore is running for the Senate again. He is part of a crowded Republican primary field competing for the GOP nomination and the right to challenge Jones in 2020.