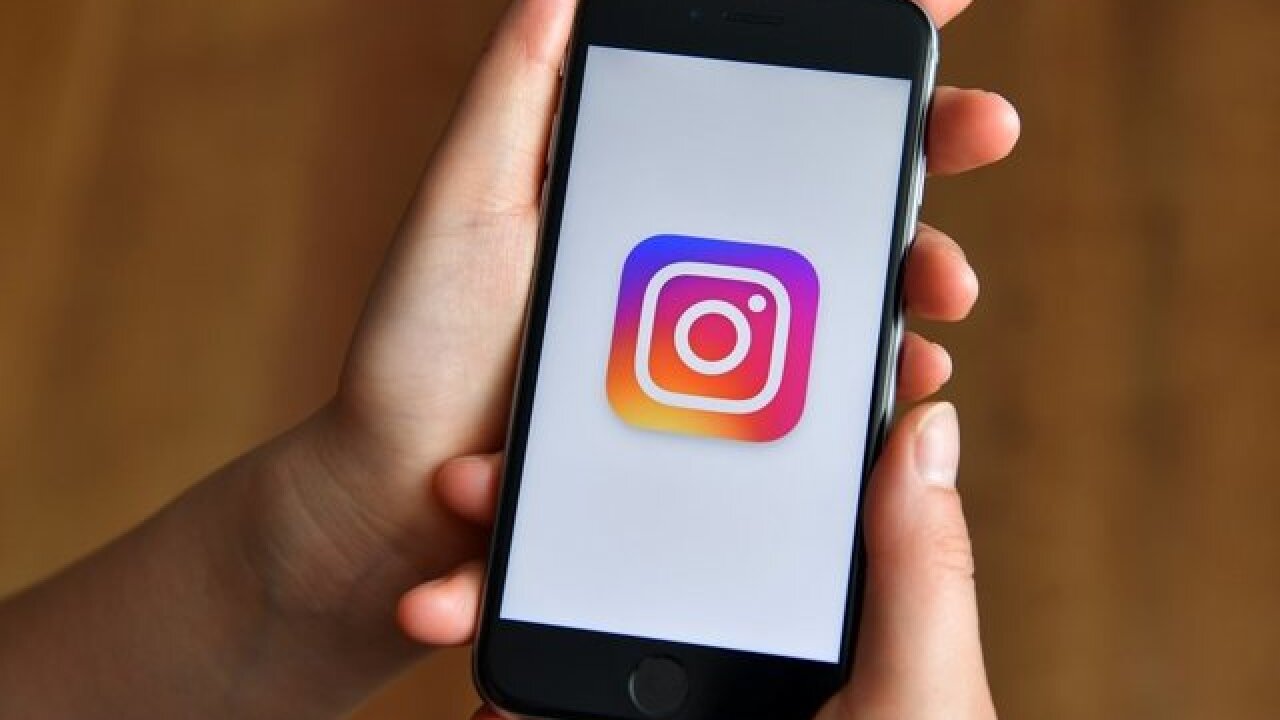 (CNN) -- In early April, my younger sister and I waited for about 45 minutes in the rain to eat at Black Tap in midtown Manhattan. The line extended along the block, and both tourists and locals stood with umbrellas, buzzing about the trendy restaurant's popular "Crazy Shakes."

On its website, Black Tap calls itself the "classic luncheonette modernized for the Instagram age." It serves burgers, fries, craft beer and, of course, its over-the-top $15 milkshakes -- piled high with toppings like candy, cookies, pretzels, cotton candy and even a slice of cake.

The restaurant business isn't just about how good the food tastes -- atmosphere and service are important, too. But increasingly, social media is taking on a bigger role and influencing food options offered, restaurant design and marketing.

Black Tap's giant and colorful shakes went viral on Instagram. But that wasn't the restaurant's goal when it opened in 2015.

"Instagram was something we cared about, but we certainly at the time were not trying to become an Instagram brand," Black Tap owner Chris Barish told CNN Business. "We had a [social media] following before the milkshakes based on our burgers. The milkshakes put it over the top."

"There is a lot of competition in the food industry and restaurant business," said Dipayan Biswas, a marketing and business professor at the University of South Florida. "Everyone is trying to get you to talk about them and get you in the store, so you need something to stand out."

Black Tap isn't the only restaurant focused on unique, snap-worthy offerings. Videos from Raclette NYC, which pours a wheel of melted cheese on top of its dishes, can be found all over Instagram. Manila Social Club in Brooklyn, which has since closed, made a splash last year with a doughnut filled with champagne and covered with 24-karat gold. Rainbow bagels, black ice cream and Starbucks' colorful Unicorn Frappuccino have also popped up all over social media feeds in recent years.

The @ManilaSocialClub Golden Cristal Ube Donut! We are taking a limited number of orders for a Friday or Saturday 6pm pick up! Please Pre- Order through our Link in Bio for NYC ONLY! The 24K Gold Donut is made with Ube and Cristal Champagne and 24K Gold Dust and 24K Gold Leaf! Chef @bjorndelacruz, the creator of the Golden Donut, hand makes and hand gilds EVERY single Gold Donut for our customers and has been doing so for years! If you would like to place an order, Order Link in Bio! NYC ↔️ Miami, Currently in NYC. #manilasocialclub#brooklyn#golddonut#gold#ube#ubedonut#donut#24Kmagic#filipinofood#donuts#cristal#champagne#nytimes#dessert#24kgold#goldleaf#brunomars#24kmagic#filipinochef#foodisart#nyc#miami#newyears#NewYearsInNewYork

Flour Shop in New York is famous for its rainbow explosion cake -- sprinkles pour out as you cut into it. Celebrity clients such as Kim Kardashian have posted photos of the cake on social media sites, generating even more buzz.

"Vanilla doesn't stand out," said USF's Biswas. "Things that are outrageous and out of the ordinary always get attention."

But experts also warn that restaurants must keep innovating and iterating on those wild food options to be successful. The food also still has to actually taste good -- no matter how wacky it is.

Aaron Allen, founder and CEO of restaurant consultancy Aaron Allen & Associates, warned that zany food items can be "gimmicky" and just a "fad." But when done well, he says, a lot of them can work.

"There's the cool factor of taking the photo -- but it has to have the other components, like experience, consistency of food and evolution of the product," Allen said. Otherwise, people will try the food item once, get the photo, and never return again.

Black Tap, for example, started out with only a few Crazy Shakes but since has expanded its menu to offer eight options. It also offers seasonal and limited-time only milkshakes, such as an Easter shake topped with Peeps marshmallow candy, and a Mean Girls drink themed around the popular 2004 movie, which is now on Broadway. (But the company's rise to fame hasn't been smooth sailing. Earlier this year, the company settled a lawsuit over the origin of the Crazy Shakes. Terms weren't disclosed.)

But it's not just about the food, either. The restaurant's physical design and branding is also important, especially in the age of social media. Design firm Paperwhite Studio, cofounded by Laureen Moyal and Devi Rhodes in 2008, creates items like placemats, water bottles and various paper goods for restaurants as part of their branding strategy.

And it's all very Instagram-friendly. Paperwhite designed special sugar packets for New York City hotspot Jack's Wife Freda, featuring cute phrases like "I Love You A Latte" and "Sugar For My Honey." They've been a hit among customers ever since the restaurant opened in 2012.

Some #JWFfoodForThought for today: Joy does not come from what you do; it flows into what you do and thus into this world from deep within you. ~ @EckhartTolle & thanks for the sweet pic @lcoffee.diaryl 😎 read through #jwffoodforthought for our warm reminders.

"All of those things are part of the branding story," Moyal explained. "People share on social media the things they respond to: what they find amusing or cool or weird or beautiful. We try to create those sharing moments for our clients."

"They're consciously thinking through how Instagramable [a dish] is," he said. "It's starting to make its way into all aspects of the décor elements, plating and presentation."

The trend isn't exclusive to the restaurant industry. Pop-up exhibits dedicated to everything from ice cream to rose wine and pizza are appearing in cities such as New York, San Francisco and Miami, and they've been a hit on social media. Retailers are also taking a page out of this playbook by creating shopping experiences with Instagramable moments, including photo booths, branded mirrors and neon signs.

A strong social media presence can help restaurants and other businesses engage with a much wider audience and attract new customers they may not have had access to before.

"With social media we're able to reach people around the globe -- it's so important," said Barish, the owner of Black Tap. "And it's also important that what you put on social media is the same product you get [in person]. I think we've done a good job with that."

Amid heightened competition in the restaurant industry, the ability to attract new patrons is make-or-break. With so many options for dining, social media can be an effective way of getting on customer's radar.

But, at the end of the day, the best social posts on the Internet won't replace great food and ambiance.