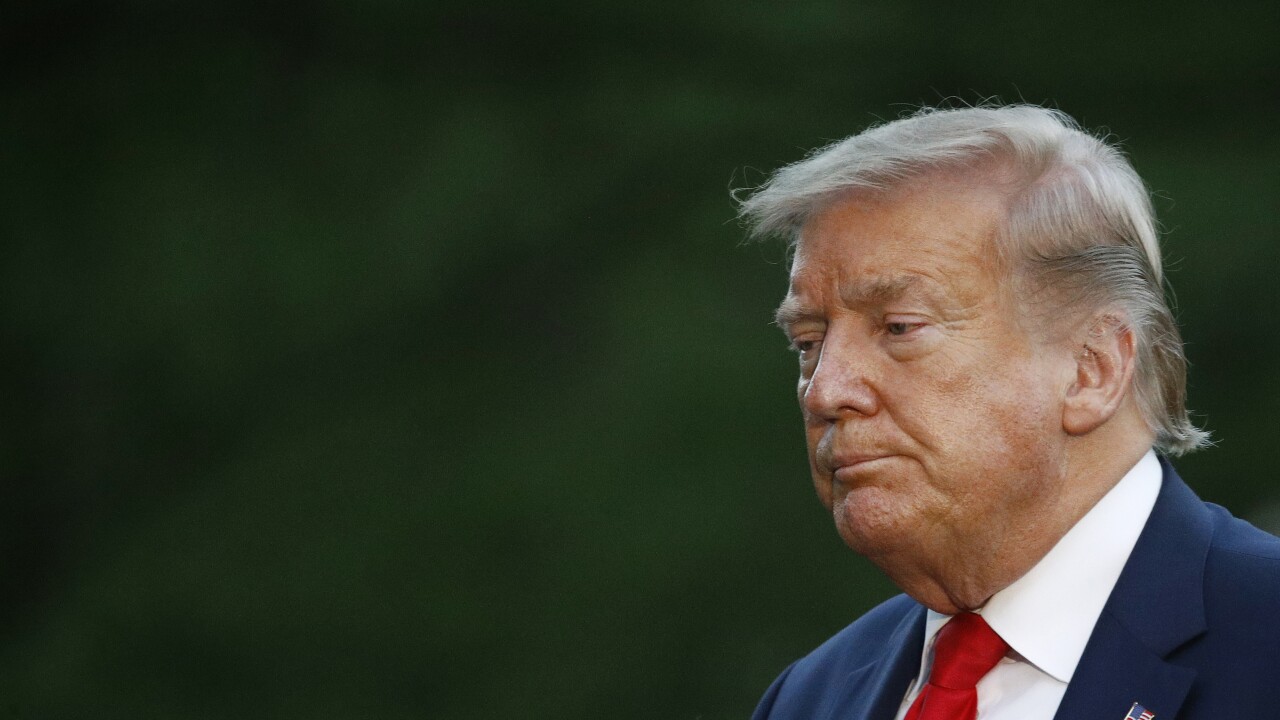 Copyright 2020 The Associated Press. All rights reserved.
Patrick Semansky/AP
President Donald Trump walks across the South Lawn of the White House in Washington, Saturday, May 30, 2020, after stepping off Marine One as he returns from Kennedy Space Center for the SpaceX Falcon 9 launch. (AP Photo/Patrick Semansky)

President Donald Trump asked Chinese President Xi Jinping for assistance in getting reelected in 2020, according to excerpts of a book by former National Security Advisor John Bolton. The excerpts were obtained by the Washington Post and New York Times.

The Trump administration is undergoing a legal battle with Bolton over the release of the book, alleging that the book contains classified information.

Bolton was sought as a witness during the House impeachment inquiry into Trump's conversation with Volodymyr Zelensky. In a phone call last July with Zelensky, Trump requested that he launch an investigation of former Vice President Joe Biden, who had just launched his 2020 presidential campaign.

Bolton declined to participate in the House's investigation. He then said he would agree if subpoenaed by the Senate, but the Senate never called him as a witness.

“He then, stunningly, turned the conversation to the coming U.S. presidential election, alluding to China’s economic capability to affect the ongoing campaigns, pleading with Xi to ensure he’d win,” Bolton writes, according to the Washington Post. “He stressed the importance of farmers, and increased Chinese purchases of soybeans and wheat in the electoral outcome. I would print Trump’s exact words but the government’s prepublication review process has decided otherwise.”