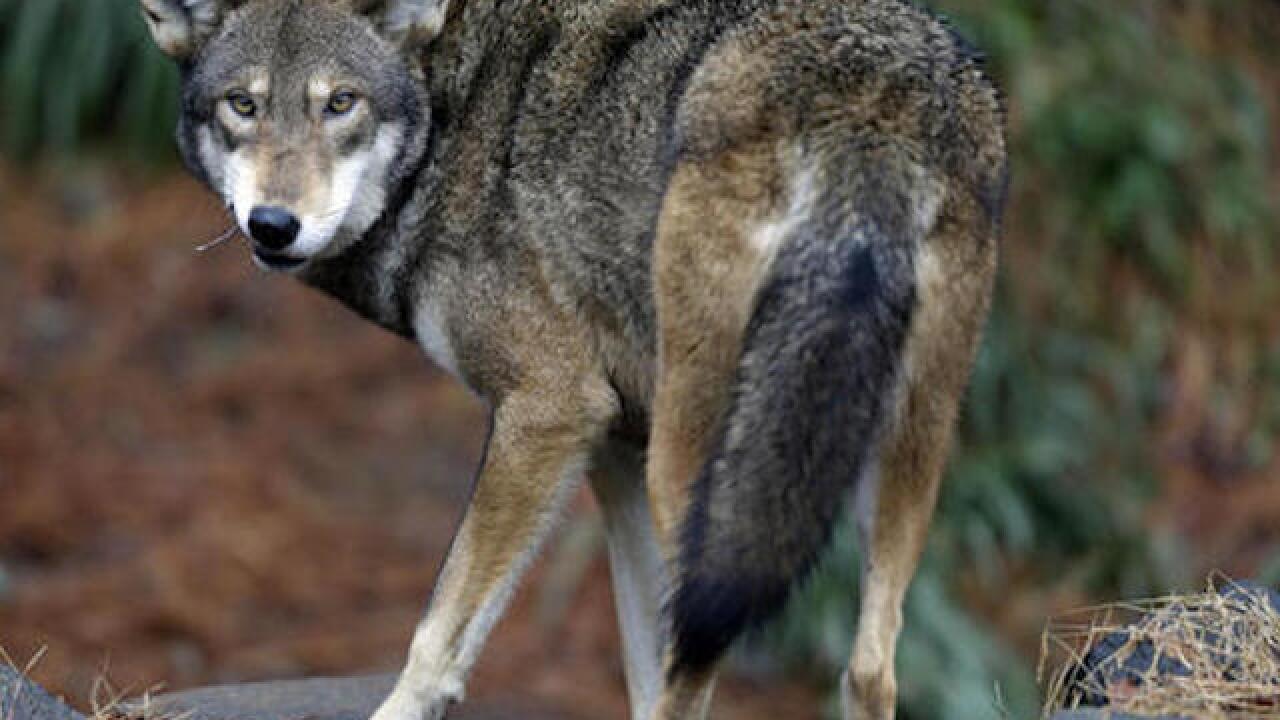 Copyright Associated Press
&lt;p&gt;In this Jan. 13, 2015 file photo, a male red wolf enjoys a feeding in it's habitat at the Museum of Life and Science in Durham, N.C. Federal officials said Tuesday, June 30 that they won't release any more endangered red wolves in eastern North Carolina while they study the viability of the only wild population of the species. (AP Photo/Gerry Broome)&lt;/p&gt;

LONDON (AP) — Environmentalists say that global wildlife populations have fallen an average of 58 percent when compared to the 1970s, with human activity having an impact on African elephants in Tanzania, maned wolves in Brazil, salamanders in the United States and orcas in the waters of Europe.

The Living Planet report from WWF and the Zoological Society of London said Thursday that deforestation, pollution, overfishing and the illegal wildlife trade, together with climate change, "are pushing species populations to the edge."

Experts warn nature is facing a global "mass extinction" for the first time since the demise of the dinosaurs. The assessment predicts that by 2020, populations of vertebrate species are on course to fall by 67 percent from 1970s levels unless action is taken to reverse damaging impacts of human activity.