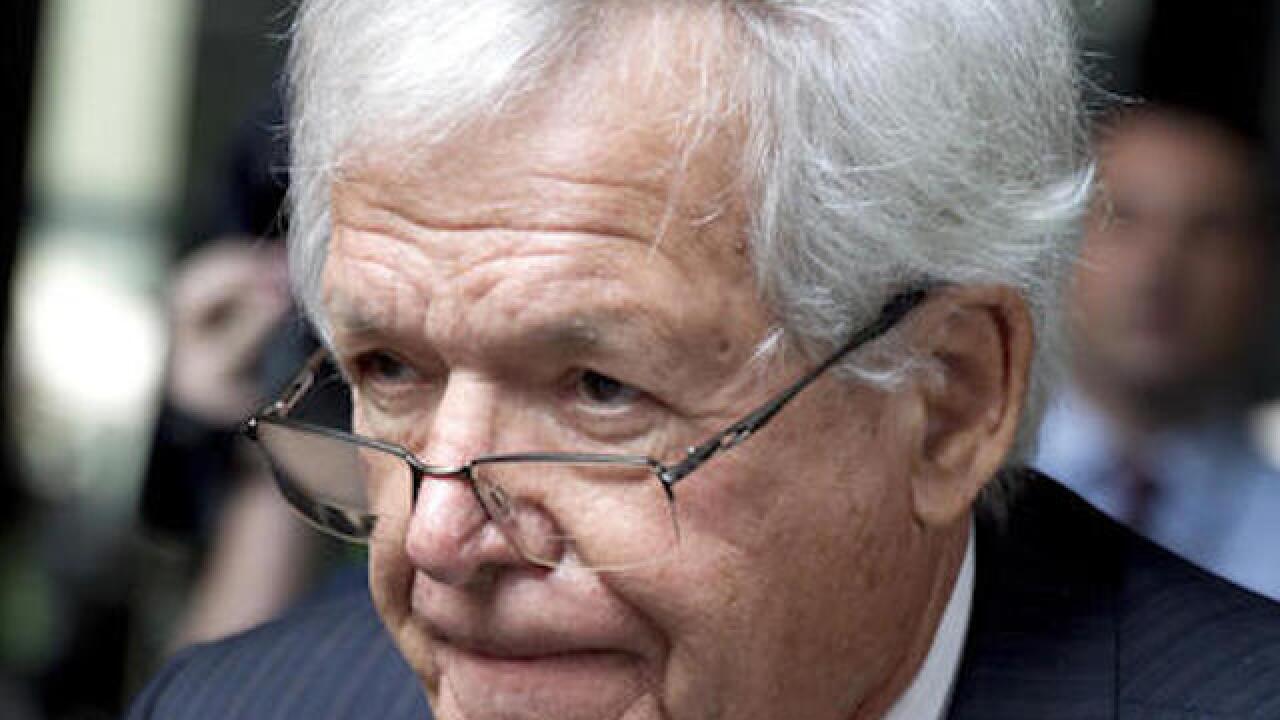 The newspaper also reported that it had determined the identities of three accusers, all of them men whose allegations stem from when they were teenagers and Hastert was their coach in Yorkville, Illinois. One of them is dead.

The newspaper did not name any of the men who are still alive, and it said it did not know the identity of the fourth accuser and offered no details about that person.

The now-deceased accuser named by the Tribune had been named previously by The Associated Press as Stephen Reinboldt, a team equipment manager at Yorkville High School, where Hastert worked as a teacher and wrestling coach from 1965 to 1981. Individual A and Individual D, the Tribune said, were popular standout athletes in Yorkville from well-known families.

Reinboldt's sister, Jolene Burdge of Billings, Montana, has told the AP that her brother told her his first homosexual experience was with Hastert and that the sexual abuse lasted throughout his time at Yorkville. Reinboldt died in 1995.

Hastert, 74, is scheduled to be sentenced April 27. He pleaded guilty last fall to violating banking laws while seeking to pay $3.5 million in hush money to ensure Individual A stayed quiet about unspecified past misconduct by Hastert against that person. According to court documents, Hastert managed to pay $1.7 million to Individual A in lump sums of $100,000 cash and abruptly stopped making the payments in 2014 after the FBI questioned him about the large cash withdrawals.

Keys aspects of the case have been shrouded in secrecy, starting with the May 28, 2015, indictment. The seven-page document only vaguely hints at Hastert's motivations for breaking banking law. Only two weeks ago — at an unannounced court hearing — did the judge and attorneys first broach sexual-abuse allegations in a mostly empty courtroom as they discussed Individual D possibly testifying at Hastert's sentencing.

The Associated Press and other media outlets, citing unnamed sources, previously reported that Hastert wanted to hide claims he sexually molested someone.

The agreement about the payments was regarded as an out-of-court settlement and not extortion, the newspaper reported. The Tribune did not say if both Hastert and Individual A saw the deal that way.

On April 14, 2014, a sheriff's deputy found a vehicle belonging to Individual A on the side of the road and a later search uncovered envelopes stuffed with $100 bills totaling $24,400, the Tribune reported.

In papers filed Wednesday, Hastert's lawyers asked Judge Thomas M. Durkin to spare Hastert time behind bars and give him probation instead, citing his deteriorating health and the steep price they say he has already paid in shame and disgrace.

Prosecutors are expected to seek at least some prison time this week when they file their own sentencing papers, in which the government could also offer more details about Hastert's actions that underpinned the banking charge.

The Tribune said it spent the 10 months after Hastert's indictment contacting people who may have knowledge of the case, including former students and athletes in Yorkville.