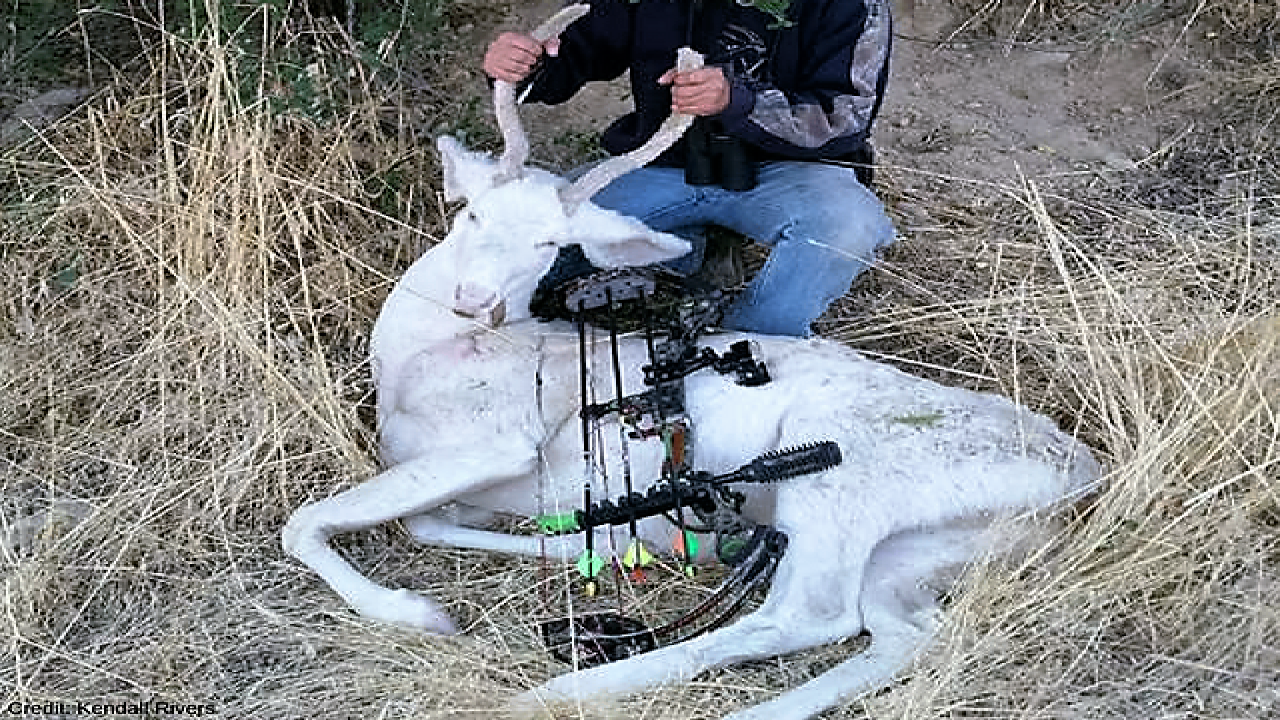 By: Michael Sevren
Posted at 7:50 PM, Oct 12, 2016
Emmett, Idaho, bowhunter Kendall Rivers took down the albino buck on the opening day of the season. Kendell says he first saw the rare deer resting in the shade; he took a photo and shared it on Facebook. He says his friends encouraged him to shoot it so he took aim.
“Once that arrow sunk in I knew right there I had it,” said Rivers.
According to Idaho Fish and Game, the buck was killed legally. Rivers had the proper tag for the appropriate unit. Biologists say albino deer have been seen before but are rare.
"We get reports every year every other year of at least one maybe two different deer that are white," explained Craig White the Idaho Deer and Elk Coordinator for Idaho Fish and Game.
Since posting the photos of his hunt on Facebook, Kendall says he's gotten both congratulations and criticism online.
"There saying I'm an unethical hunter and why would I shoot something so rare," explained Rivers.
It's not clear if it's the same buck occasionally seen by hikers in the foothills. Idaho Fish and Game biologists say the two look very similar but can't confirm they're the same without biological testing.
"There haven't been a lot of reports of another white buck out there in this area so I guess you kind of have to draw your own conclusions," said White.
But after seeing photos of the albino buck, river's believes it’s the same one
"Knowing now where it came from I didn't put two and two together.  So in a way I do kind of regret it, but it's a done deal and there is nothing I can do about it," said Rivers.
Kendall says he will get a life-size mount of the animal and harvest the meat.
Copyright 2016 Scripps Media, Inc. All rights reserved. This material may not be published, broadcast, rewritten, or redistributed.