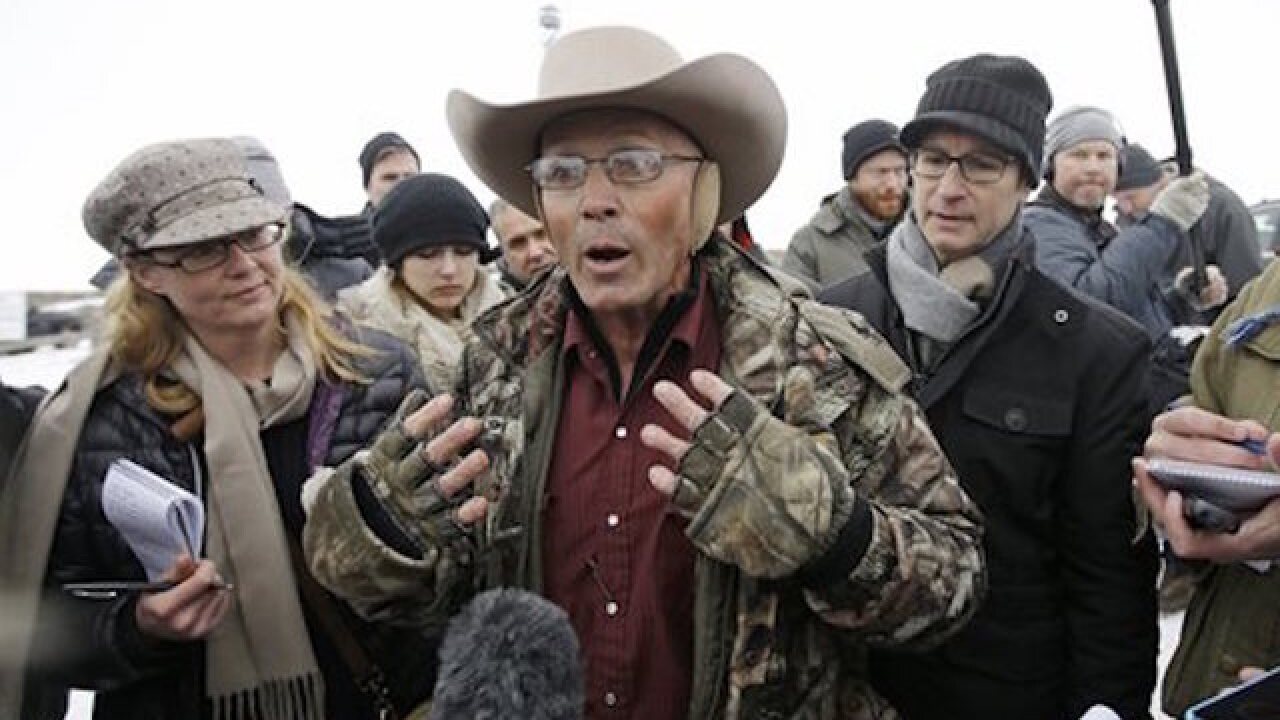 PORTLAND, Ore. (AP) — FBI agents involved in the traffic stop that led to the killing of one of the armed occupiers of a national wildlife refuge are under investigation for not disclosing they fired shots that missed rancher Robert "LaVoy" Finicum, an Oregon sheriff said Tuesday.

All six of their shots were justified because Finicum failed to heed officers' commands and repeatedly reached for his weapon, Malheur County District Attorney Dan Norris said.

Still, it was of concern that FBI agents on the scene did not disclose they also fired shots, Deschutes County Sheriff L. Shane Nelson said at a news conference.

The U.S. Department of Justice said in a statement it is investigating FBI agents' actions during the confrontation with Finicum, 54.

Authorities planned the traffic stop on a remote road as a way to arrest the key members of the armed group that had taken over Malheur National Wildlife Refuge. Oregon State Police and FBI agents stopped two vehicles carrying occupation leaders, and officers opened fire during a confrontation with Finicum. The occupation's leaders also were arrested.

The Arizona rancher's death became a symbol for those decrying federal oversight, on public lands in the West and elsewhere, and led to protests of what they called an unnecessary use of force.

The FBI previously released a video showing the shooting to counter claims he did nothing to provoke it. In the aerial footage, Finicum is pulled over in his truck but then takes off and plows into a snowbank because of a roadblock. He gets out and has his hands up at first, then appears to reach toward his jacket pocket at least twice. Officers shoot him, and he falls.

The FBI said it found a loaded handgun in the pocket.

Finicum was a high-profile part of the weekslong standoff at Malheur National Wildlife Refuge, launched Jan. 2 by a small armed group demanding the government relinquish control of public lands and objecting to the prison sentences of two local ranchers convicted of setting fires.

He served as the group's unofficial spokesman and frequently spoke with media. Finicum's affable but passionate demeanor made him a popular subject for on-camera interviews.

After his death and the arrests during the traffic stop, most occupiers cleared out of the wildlife preserve. A few holdouts extended the occupation to nearly six weeks before they surrendered Feb. 11.

More than two dozen people — including group leader Ammon Bundy — have been charged with conspiracy to interfere with federal workers in connection with the standoff.

Finicum and his wife, Jeanette, raised dozens of foster children, though social workers removed the kids from the couple's home a few days after the occupation began.

He had said the foster kids were the family's main source of income.