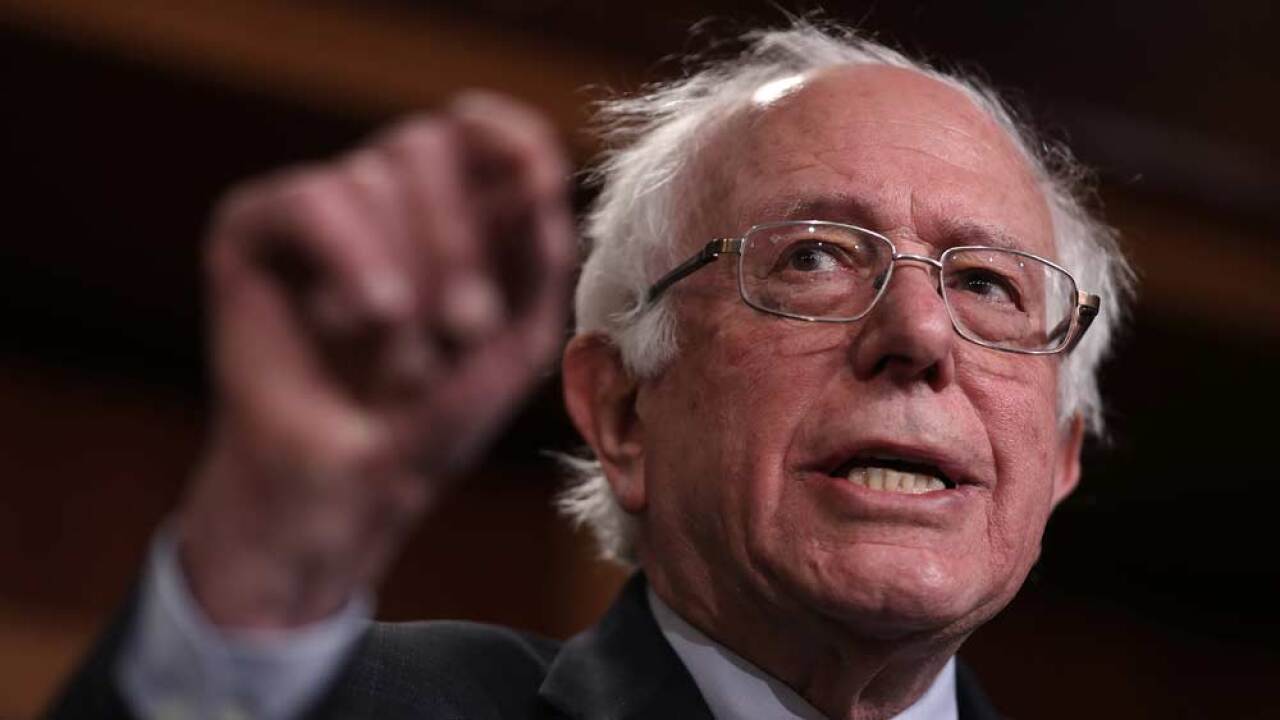 (Photo by Win McNamee/Getty Images)
Sen. Bernie Sanders (I-VT) speaks during a press conference at the U.S. Capitol January 30, 2019 in Washington, DC. Sanders and other members of the U.S. Senate and House of Representatives called for the reintroduction of a resolution “to end U.S. support for the Saudi-led war in Yemen” during the press conference. (Photo by Win McNamee/Getty Images)

WASHINGTON — Bernie Sanders' campaign says the Democratic presidential candidate has had a heart procedure for a blocked artery. The Vermont senator is canceling events and appearances "until further notice."

The campaign says two stents were "successfully inserted" and that Sanders "is conversing and in good spirits."

His campaign manager, Faiz Shakir, was on a telephone call with supporters Tuesday night but didn't mention any health concerns about the candidate.

Shakir said the "state of the campaign is strong" and he played up Sanders' strong fundraising total for the third quarter.

Sanders recently canceled some appearances in South Carolina because he lost his voice. The campaign said at the time he felt fine.

A spokesperson for the Sanders campaign released this statement:

"During a campaign event yesterday evening, Sen. Sanders experienced some chest discomfort. Following medical evaluation and testing he was found to have a blockage in one artery and two stents were successfully inserted. Sen. Sanders is conversing and in good spirits. He will be resting up over the next few days. We are canceling his events and appearances until further notice, and we will continue to provide appropriate updates."