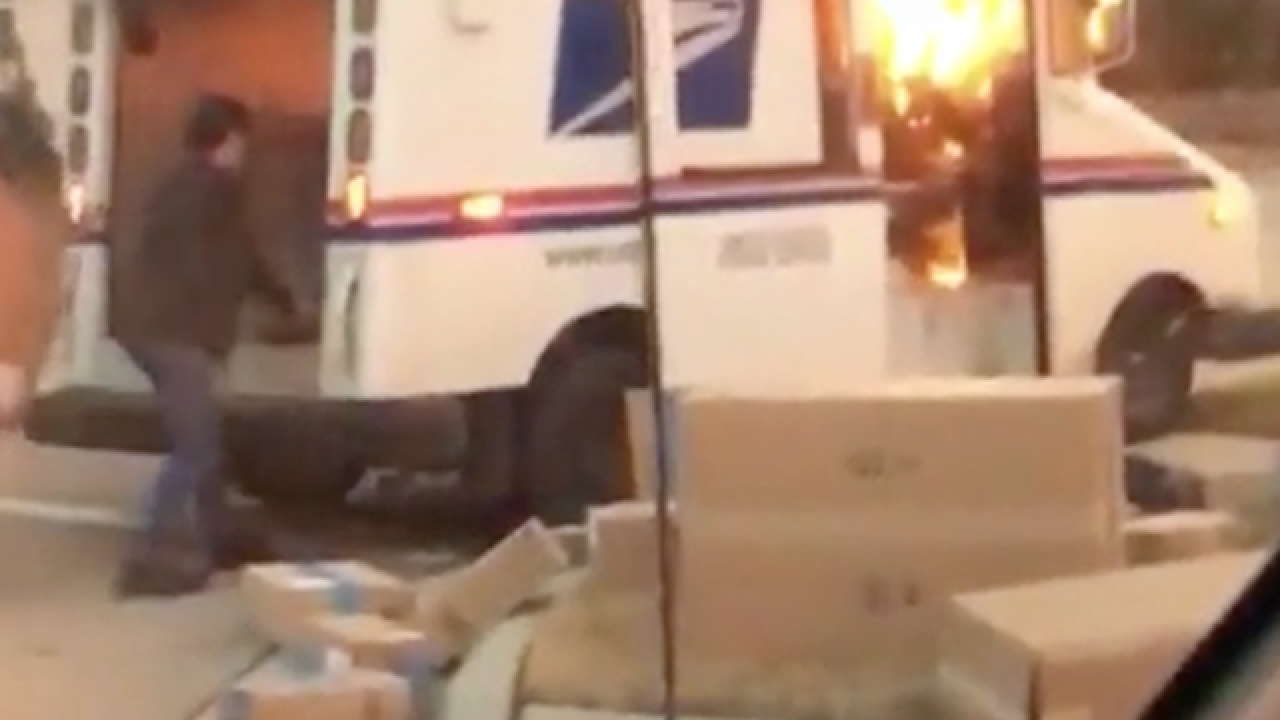 The incident happened in Wake Forest, North Carolina after the engine compartment of the truck caught fire, according to Wake Forest-based WHNT.

But the driver pulled several packages out of the truck before the gifts were caught in flames, witnesses told WHNT.

“If it wasn’t for her quick thinking to pull right over and remove the parcels, it could’ve been tough… Somebody did save Christmas, you give all the credit to that postal carrier,” Wake Forest Fire Department Chief Ed Barrett said.

Find out more with this video from CNN.