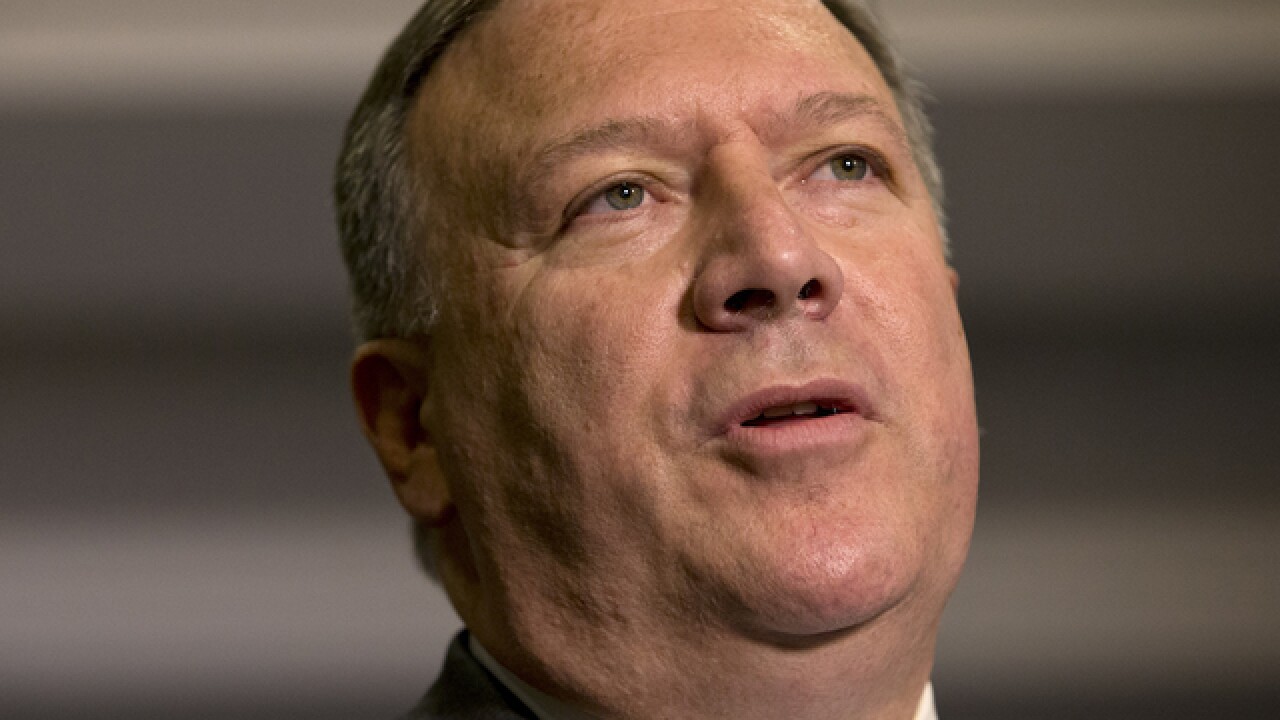 Secretary of State Mike Pompeo on Monday praised the Arctic region -- and its rapidly shrinking levels of sea ice -- for its economic opportunities, despite continued warnings about the catastrophic effects of climate change.

"The Arctic is at the forefront of opportunity and abundance," Pompeo said in remarks in Rovaniemi, Finland. "It houses 13 percent of the world's undiscovered oil, 30 percent of its undiscovered gas, an abundance of uranium, rare earth minerals, gold, diamonds, and millions of square miles of untapped resources, fisheries galore."

"Steady reductions in sea ice are opening new passageways and new opportunities for trade," he continued. "This could potentially slash the time it takes to travel between Asia and the West by as much as 20 days."

According to the US Global Change Research Program, the loss of sea ice leads to warmer global water temperatures, which in return lead to greater sea ice melting. They also note that "the loss of ice increases the risk of erosion along coastlines and changes the presence of marine species in certain areas, affecting commercial fish stocks and the economies of some coastal towns."

The National Oceanic and Atmospheric Administration reported in March 2019 that "since satellite-based measurements began in the late 1970s, Arctic sea ice extent has decreased in all months and virtually all regions, with the exception of the Bering Sea during winter."

Pompeo's Arctic policy speech largely focused on the threats Russia and China posed to the region, comparing the area to other fraught waterways in the hemisphere.

"Do we want the Arctic Ocean to transform into a new South China Sea, fraught with militarization and competing territorial claims?" Pompeo said.

The speech came on the same day as a UN report warned that one million species were at risk of extinction due to human action, including climate change.

In his speech, Pompeo said that President Donald Trump was "committed to leveraging resources in environmentally responsible ways." He touted the US' reduced energy-related CO2 and black carbon emissions.

"The United States is achieving our reductions the American way: through scientific work, through technology, through building out safe and secure energy infrastructure, and through our economic growth, and doing it in a way that doesn't stifle development with burdensome regulations that only create more risk to the environment," Pompeo said.

"America is the world's leader in caring for the environment," he said.

Pompeo did not use the phrase "climate change" in his remarks. Asked about the omission in an interview with a Finnish newspaper, Pompeo said, "My view on this and President Trump's view on this is what we should put all our emphasis on is outcomes."