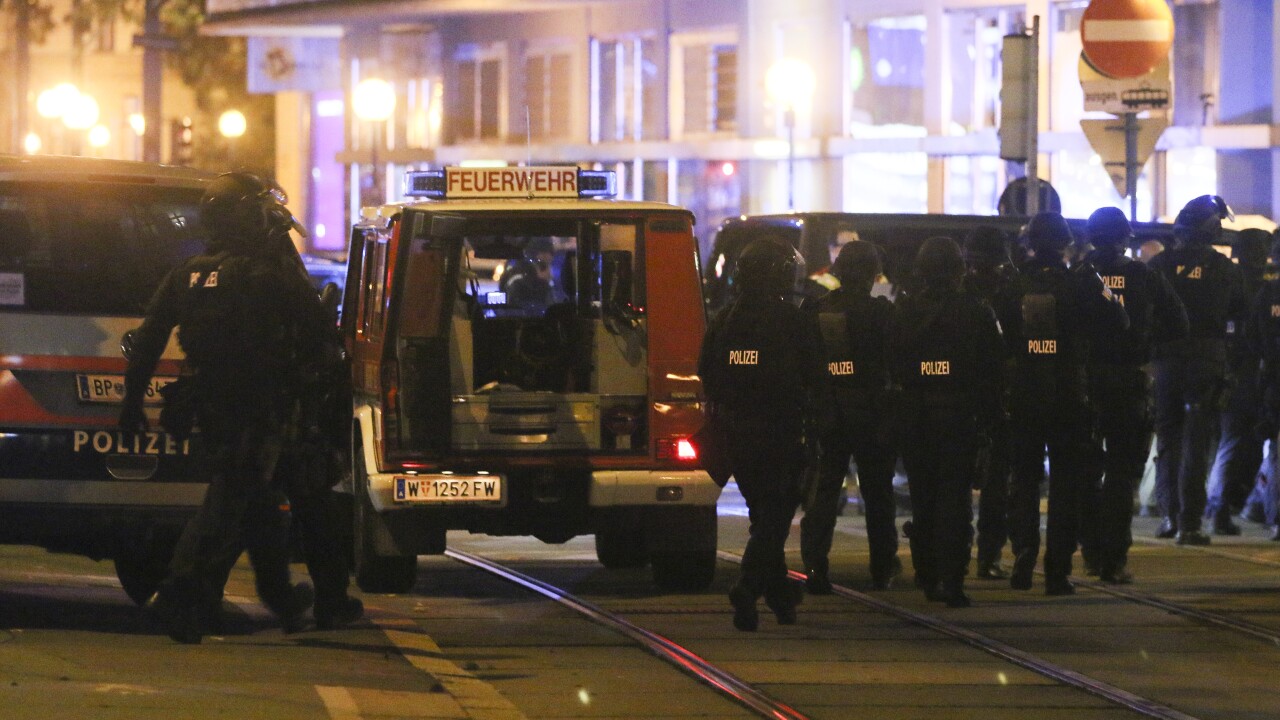 Copyright 2020 The Associated Press. All rights reserved
Ronald Zak/AP
Police officers walk at the scene after gunshots were heard, in Vienna, Monday, Nov. 2, 2020. Austrian police say several people have been injured and officers are out in force following gunfire in the capital Vienna. Initial reports that a synagogue was the target of an attack couldn't immediately be confirmed. Austrian news agency APA quoted the country's Interior Ministry saying one attacker has been killed and another could be on the run.(Photo/Ronald Zak)

VIENNA (AP) — Officials say at least two people were killed and 15 others wounded in Vienna after multiple gunmen opened fire on people enjoying a last evening out before lockdown in the Austrian capital.

Austrian Chancellor Sebastian Kurz confirmed that one attacker was killed in what security officials were calling a terror attack.

Austria’s top security official said authorities believe there were several gunmen involved and that a police operation was still ongoing.

He said the army had been asked to guard key locations in the city to allow police officers to pursue the suspected attackers."

Shots fired in the Inner City district - there are persons injured - KEEP AWAY from all public places or public Transport - don't share any Videos or Fotos!

The attack in Vienna comes just three days after an attacker armed with a knife killed three people at a church in Nice, France.

On Saturday, a Greek Orthodox priest was shot while closing his church in Lyon, France.