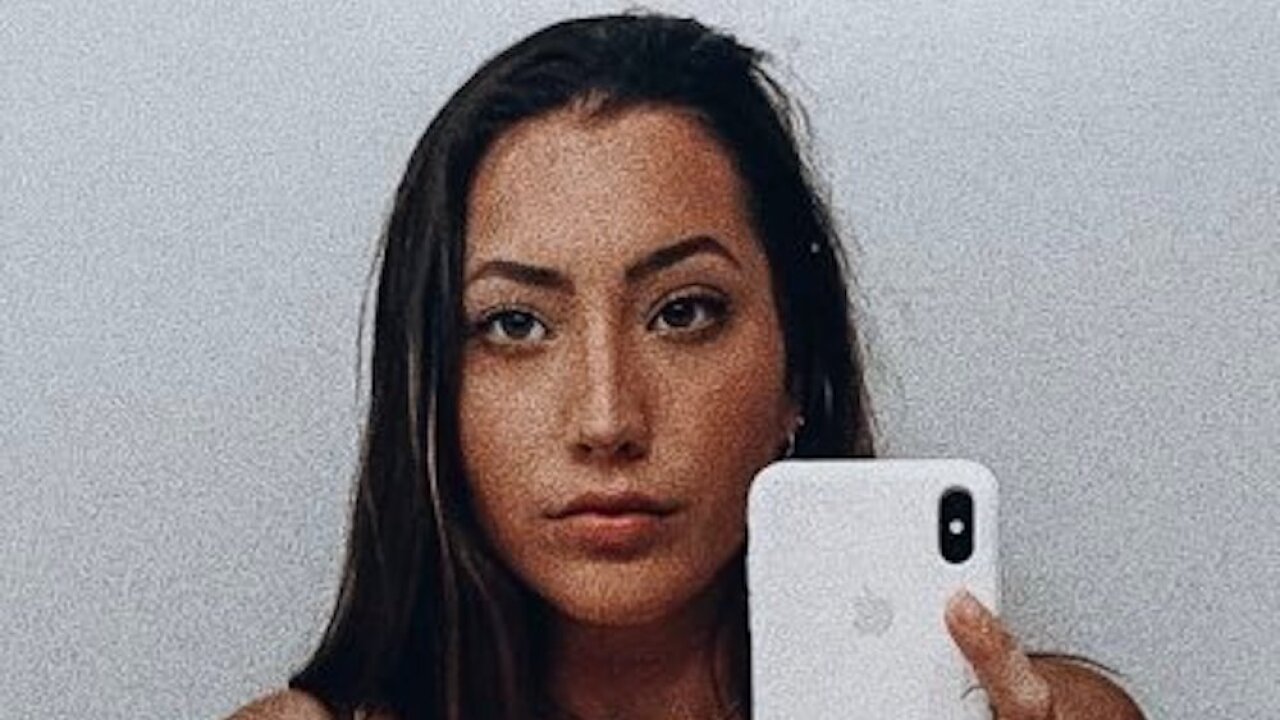 YouTube star Brooke Houts is the subject of a police investigation over a video that appears to show her abusing her Doberman.

Houts posted the video to her YouTube channel, which has more than 330,000 subscribers. The video has since been taken down, though it's unclear whether that was done by her or by YouTube.

However, viewers shared the video on social media, where it drew widespread criticism.

In the 50-second video, Houts says she is attempting to prank her dog. "I put plastic wrap on the door. I'm gonna have him run out," she says. "We're just gonna see what he does."

The video cuts, and Houts is then heard asking, "it doesn't faze you?" The dog jumps on her chest, and she responds by slapping him across the face.

Later, Houts gets closer to the camera and engages in another altercation with the dog. She can be heard yelling "stop" and then appears to spit on the dog.

Toward the end of the video, the dog attempts to get close to Houts' face, and she appears to lunge toward him, pushing him across the room.

On Tuesday, Houts tweeted that she apologizes to anyone who has been affected negatively by the footage.

"Anything I say isn't going to make those who believe I'm a bad person stop believing that," she wrote. "And I'm aware of this."

Houts adds that the way she appeared in the video is out of character for her.

"I want to clarify that I am NOT a dog abuser or animal abuser in any way, shape, or form," she wrote. "Anyone who has witnessed or heard true animal abuse will be able to clearly see that."

She also denied spitting on the dog but said "I understand how it could look like I did."

Houts said that her dog, Sphinx, is in need of costly one-on-one training and that she and her family are getting him a trainer.

Neither Houts nor YouTube has responded to requests for comment about the incident or for details on whether there will be any repercussions on Houts' channel.

According to YouTube's policies on violent or graphic content, last updated in July, "content where there is infliction of unnecessary suffering or harm deliberately causing an animal distress" is prohibited. If a creator's content violates the policy, the platform will remove it and send the person an email.

Social media didn't hold back with criticism about the video.

"Dogs deserve respect," the organization wrote. "If you can't treat dogs with kindness and instead hit them, don't get one."

When the video surfaced, Houts admitted in the apology, she deactivated her Twitter account because she was "met with an excess of notifications of people telling me I'm messed up, a bad person, that I'm going to hell, that I belong in jail, etc." and for mental health reasons.