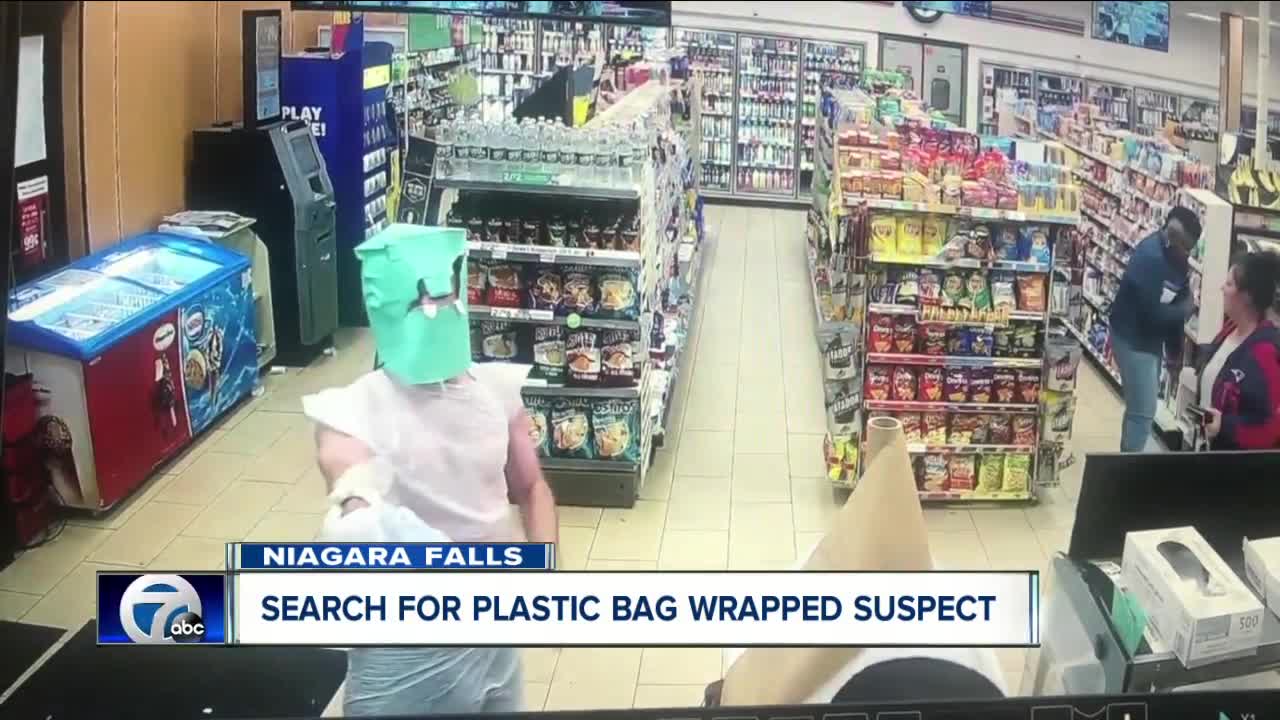 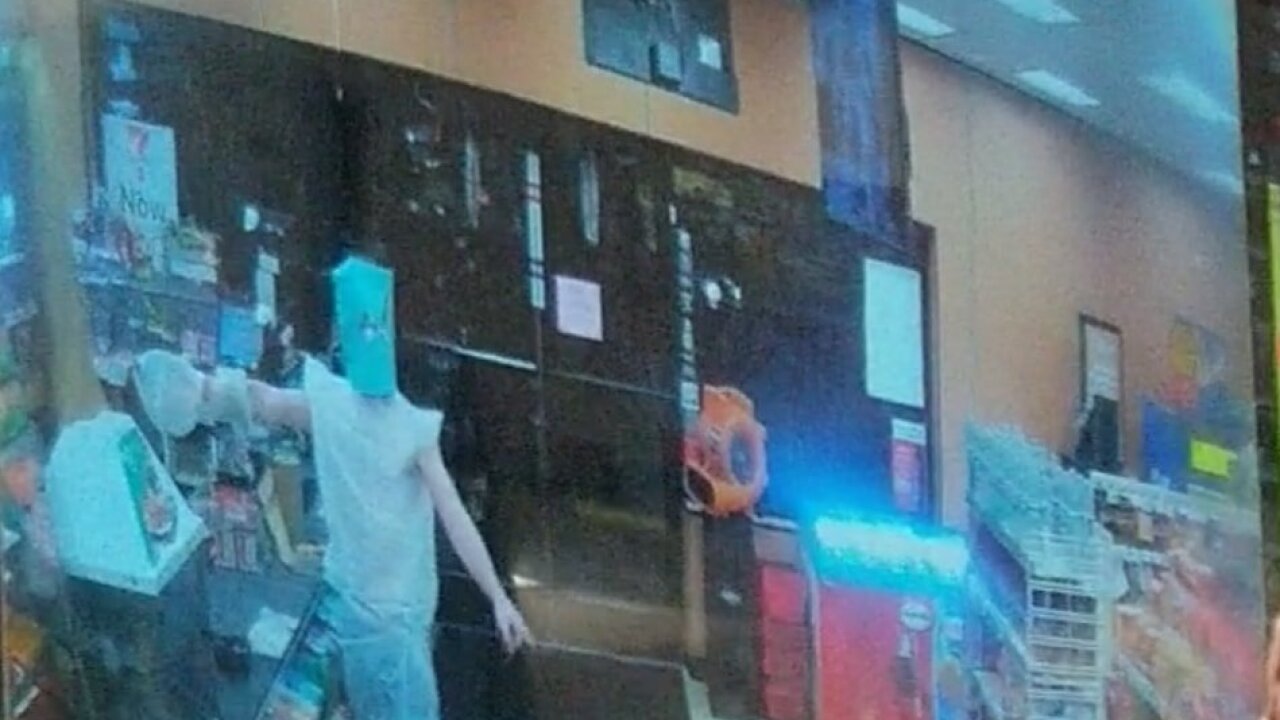 NIAGARA FALLS, N.Y. — Police in Niagara Falls have linked three robberies within 13 hours to the same man. Now they're looking to bag him.

According to Niagara Falls police, the suspect has been seen on surveillance footage wearing plastic bags around his clothes, shoes and hands — plus a paper gift bag as a makeshift mask.

Police said following a robbery at a Sunoco gas station Monday morning. He later attempted to rob a 7-Eleven on Monday night.

Then, around midnight, the suspect struck again at Frankie's Donuts and Pizza, this time getting away with cash.

"It doesn't matter how much money he took," said April Hernandez whose father owns Frankie's Donuts. "All that matters is that our employees and customers are safe."

In at least two of the instances, police said he made it seem as if he had a gun under the plastic bag wrapped around his right hand.

Officers found some of the bags outside the crime scenes.

Police said the suspect would face at least a third-degree robbery charge if he is caught.

This story was originally published by Paul Ross and John Tummino on WKBW in Buffalo, New York