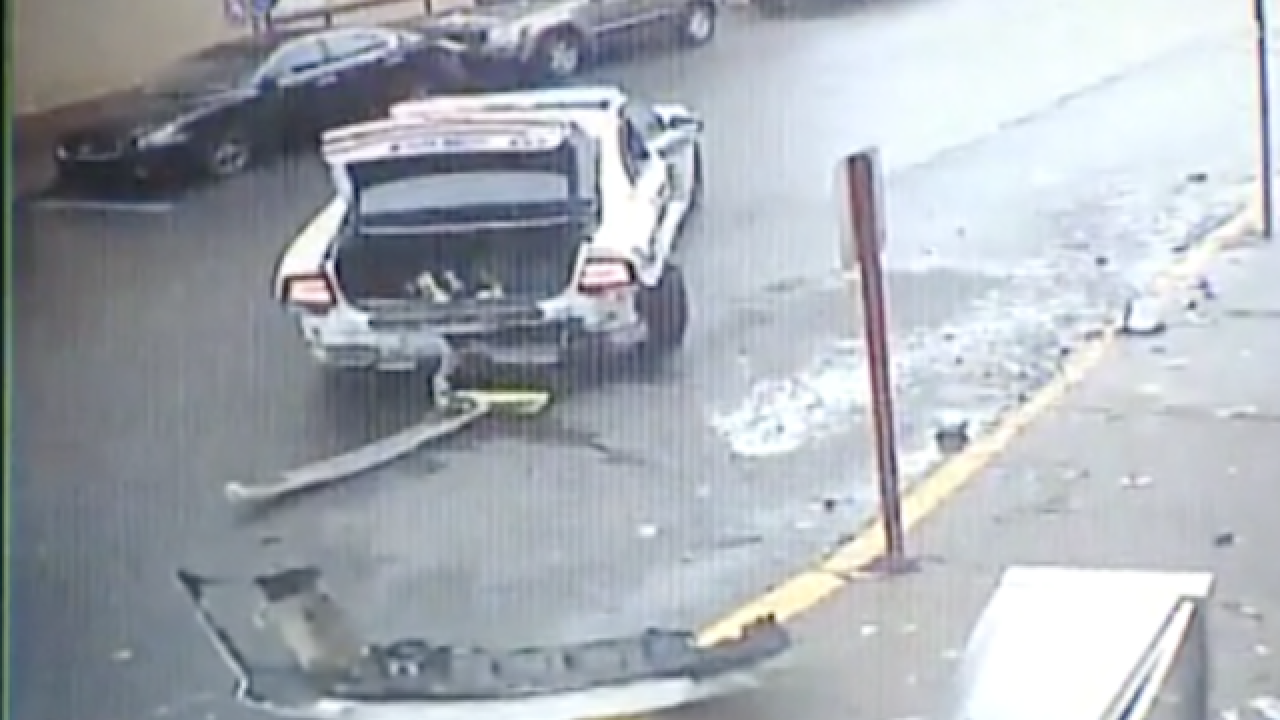 &lt;p&gt;Photo is screen shot of video from Pittsburgh-based KDKA courtesy of CNN. &lt;/p&gt;

A police cruiser caught in a tailspin nearly sideswiped a group of children in Stowe Township, Pennsylvania.

According to Pittsburgh-based KDKA, officers were trying to catch a suspect in a stolen vehicle when a van drilled one of the cruisers.

The cruiser nearly crashed into a group of children standing on a street corner before missing the children and hitting a minivan parked along the street.

The officer involved sustained only minor injuries, according to KDKA.

Watch the video below.