A Pasco County photographer recruited her friends for a creative Halloween photoshoot involving pizza and pumpkins in hopes of bringing smiles to people's faces during the COVID-19 pandemic.

Jennifer Sapountsis said the COVID-19 pandemic has been stressful for everyone.

"Trick-or-treating has changed a lot and people can't do as much stuff, so why not just try to bring smiles to people's faces and have fun with it," said Sapountsis.

She asked her friends, Chris and Sarah Weed, to carve two pumpkins. The three then went to The Edison, a venue in Dade City.

The couple was photographed wearing pumpkins on their head. They also ate some pizza.

"I feel like pizza and beer is an iconic thing for couples when they're chill. What do you want to do on a date night? Let's order some pizza, some beer, chill out," she said.

The couple also dressed as ghosts and danced around. Sapountsis shared the photos on her Facebook page, Jennifer Alyssa Photography. 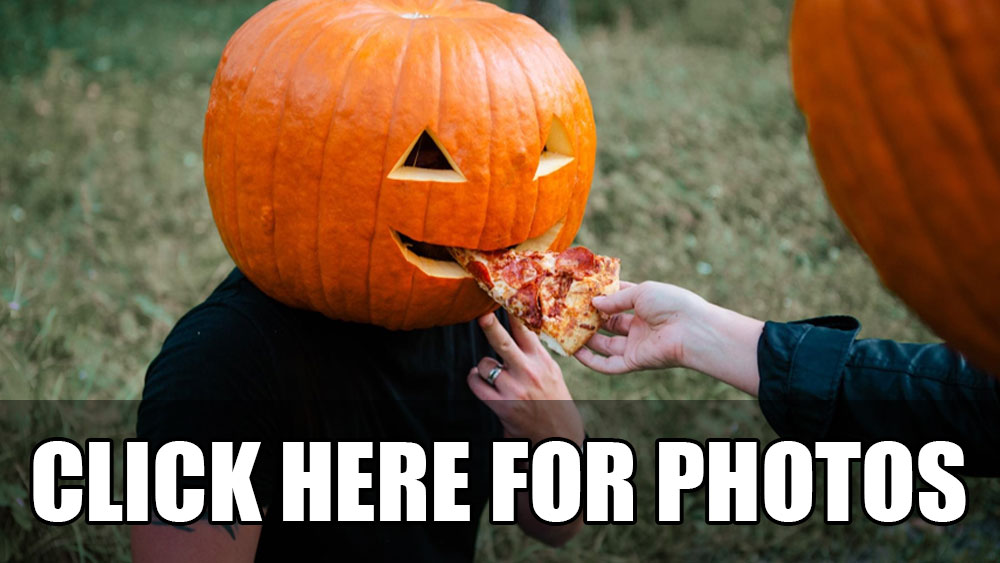 She said she hopes the pictures make people laugh and smile. She also said her friend's husband was not crazy about the idea until he saw the finished product.

"He loves his wife, so he was okay doing it and going that extra step...there was so much laughter, so much fun. He was absolutely okay with it at the end. When he saw the pictures, both of them...they couldn't even believe it," said Sapountsis.

"My thought for this was just how can we make it fun and happy and show what date night could be if you took the extra step," she added.

This story was first reported by Julie Salomone at WFTS in Tampa Bay, Florida.