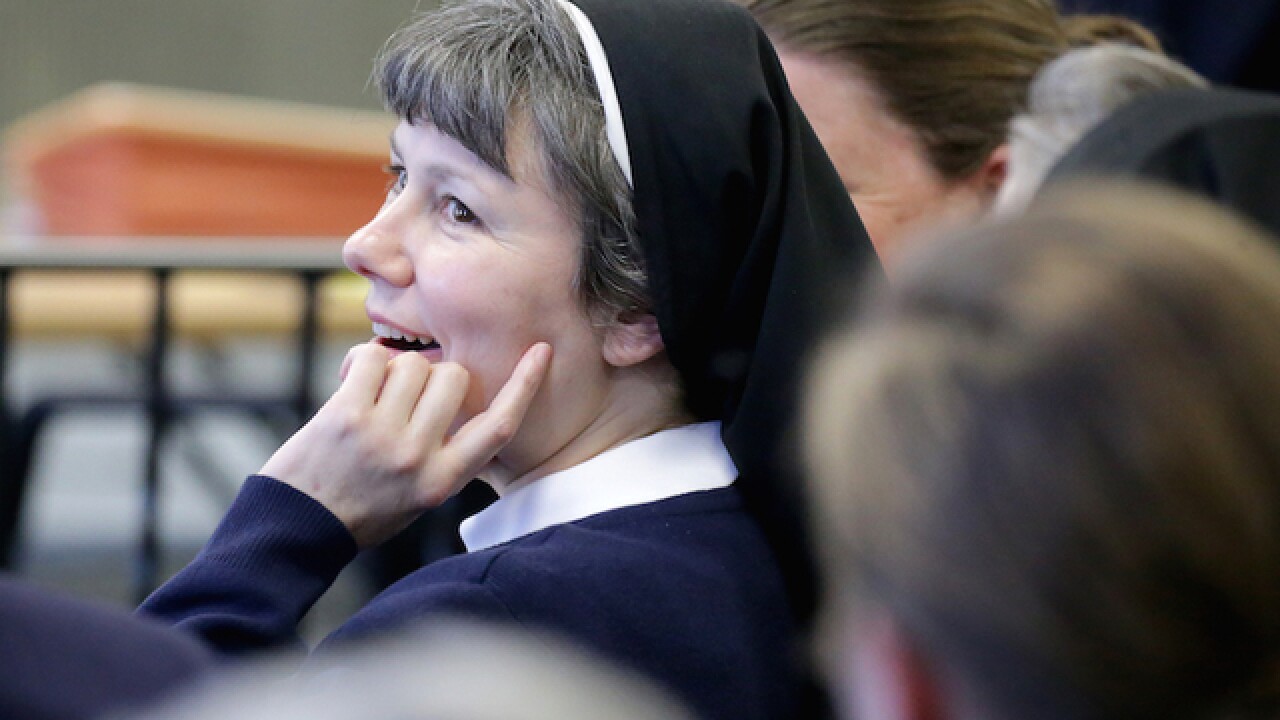 &lt;p&gt;Kimberly Miller, a Philadelphia nun and teacher at Little Flower High School for Girls in the city, looks on before appearing in Washington Township Municipal Court, in Washington Township, N.J., Wednesday, April 13, 2016. Miller has been charged with driving under the influence and related charges.&lt;/p&gt;

Sister Kimberly Miller testified Wednesday at her trial in Washington Township she had a glass of wine and an Ambien before bed but woke up in handcuffs.

Miller teaches at Little Flower Catholic School in Philadelphia and was arrested in November 2015 after she drove her car into an auto repair shop. Defense attorney Jeffrey Lindy says she didn't know Ambien would have that effect.

Prosecutors say her actions were against the law regardless of her intentions.

Police say she had a blood-alcohol level twice the legal limit to drive. But the judge tossed the blood-alcohol test from evidence.

A verdict is expected next on April 20.