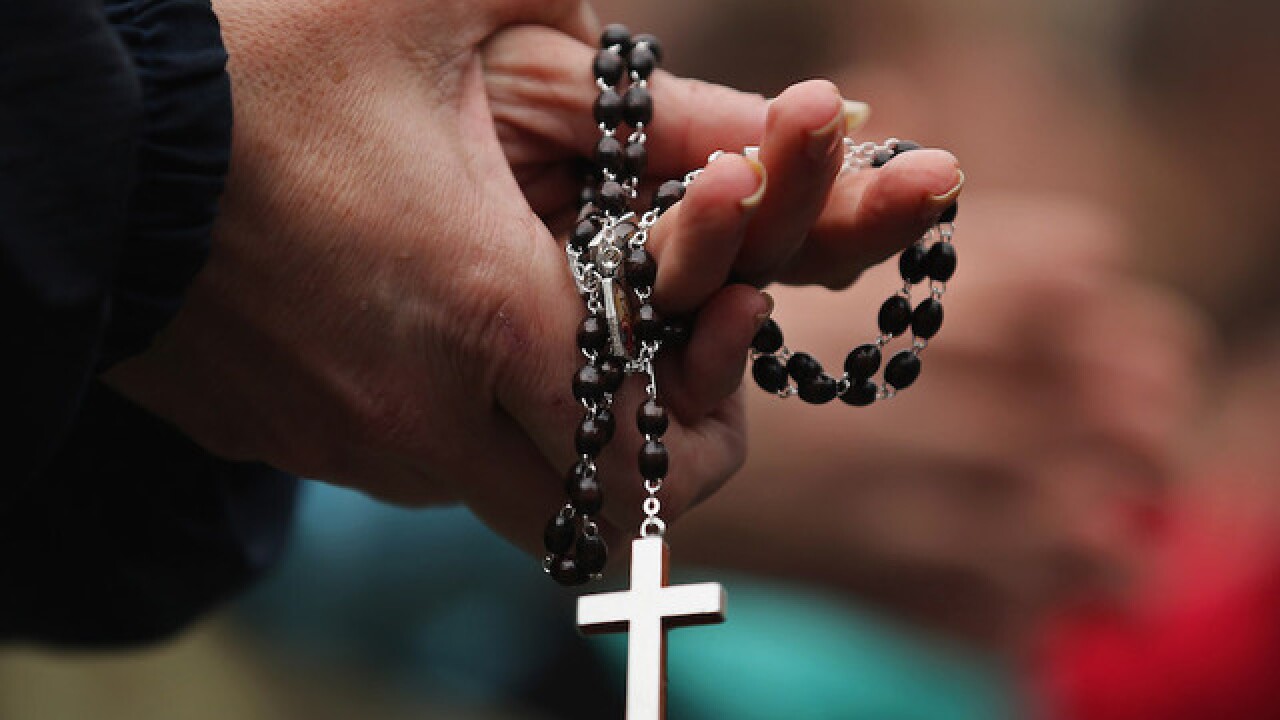 Image copyright 2013 Getty Images. All rights reserved. This material may not be published, broadcast, rewritten, or redistributed.
&lt;p&gt;VATICAN CITY, VATICAN - MARCH 13: A woman holds rosary beads while she prays and waits for smoke to emanate from the chimney on the roof of the Sistine Chapel which will indicate whether or not the College of Cardinals have elected a new Pope on March 13, 2013 in Vatican City, Vatican.&lt;/p&gt;

The Internet has long been a safe place for religious devotees to discuss the doubts that sometimes accompany their faith. Now, hundreds of pastors, ministers and church leaders have found one website to be a sanctuary when doubt turns into disbelief.

Since 2011, ClergyProject.org has offered a “safe haven” for active and former religious leaders “who do not hold supernatural beliefs,” according to the website. Its directors claim all users are screened to verify they fit the bill — and are then granted access to the site’s anonymous forums.

“Losing one’s religion can often mean losing one’s family, friends community and social network,” wrote user Seraphim, allegedly a former monk. “One often can’t open up to those closest to them for fear of misunderstanding, overreaction and outright rejection … I have found understanding, practical help, encouragement and moral support in this virtual community.”

The Clergy Project is endorsed by several organizations including American Atheists, Center for Inquiry and Recovering From Religion. The website’s operation is funded by The Richard Dawkins Foundation and the Freedom From Religion Foundation, along with online donations.

Dawkins, author of “The God Delusion” and “The Magic of Reality,” is one of the world’s most well-known and vocal atheists.

“I don’t think faith is positive, because faith means belief without evidence and you shouldn’t believe anything without evidence,” Dawkins said in an interview on “The Daily Show” in 2013.

The Clergy Project currently has 629 official online members, meanwhile its Facebook page had nearly 3,800 likes as of this morning.

Research on religion in America shows a high majority of the country still identify as believers, even if the numbers are dropping. A 2012 Pew Research Center poll found about 20 percent of all adults in the U.S. are either atheist, agnostic or have no particular religious affiliation — that’s up from 15 percent in 2007 and the highest percentage ever seen in Pew’s findings.

In 2012, the taboo practice of clergy members turning atheist made headlines when some Clergy Project members went public with their decision to leave the church. For a moment, it went viral, similar to personal causes like “It Gets Better” and “Why I Stayed/Why I Left,” which trended this week after the Ray Rice domestic abuse story broke.

The Clargy Project, Inc. is awaiting non-profit status after filing as a domestic non profit corporation in the state of Florida on Nov. 27, 2012, according to public records.

"The filing is currently active as of the last data refresh which occurred on Sunday Sept. 1, 2013," said Teresa MacBain, media director with The Clergy Project. "We are currently waiting for the final approval."