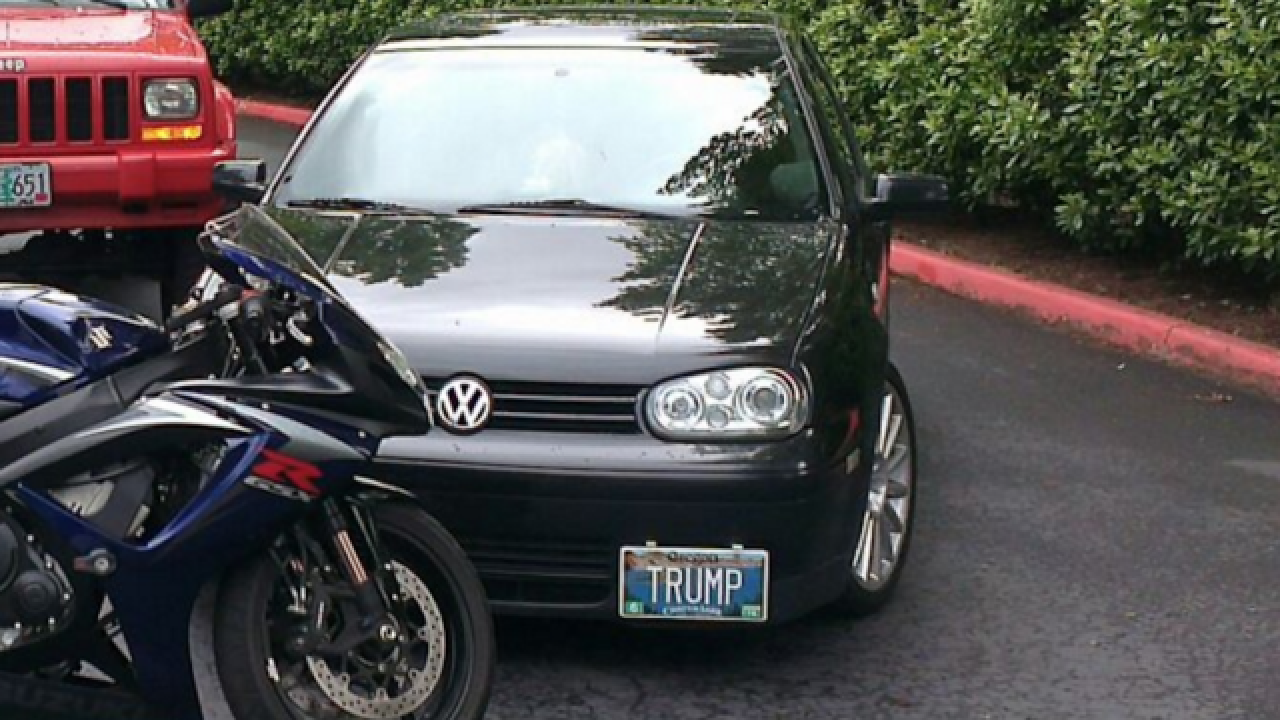 Brian Trump is proud of his name. That is why he has proudly displayed a "Trump" vanity license plate on his car for the last nine years.

In the last 18 months, Trump has experience hatred because of his plates. Around the same time, Donald Trump announced his candidacy for president.

According to KATU-TV , Trump has received a number of vulgar and crude comments for his use of the Trump license plate.

"There's a lot of Ryan’s and Brian’s around," he told KATU-TV. "Trump is my last name, and a lot of people that I work with call me Trump. It makes it easier to just go by the last name."

"I've gotten a couple of thumbs up," he added. "But, it's generally the vulgar language, mean looks, flipping you off, that kind of thing has unfortunately been a lot more common."

Trump hasn't said who he is supporting in the 2016 election, but he hopes that people will be more respectful to each other despite a bitter presidential election.

"Even if I was a die-hard Trump supporter, why should there be potential threats of violence or vulgar language?" Trump told KATU-TV. "Try to treat everyone how you would want to be treated. It's pretty simple. I mean, you might have a difference of opinion with someone, but it doesn't mean you got to be rude or aggressive."