Clean-up efforts continue in Ohio after May tornadoes; one woman shares her experience

Ohioans hit by May tornadoes continue cleanup; one woman share's her experience 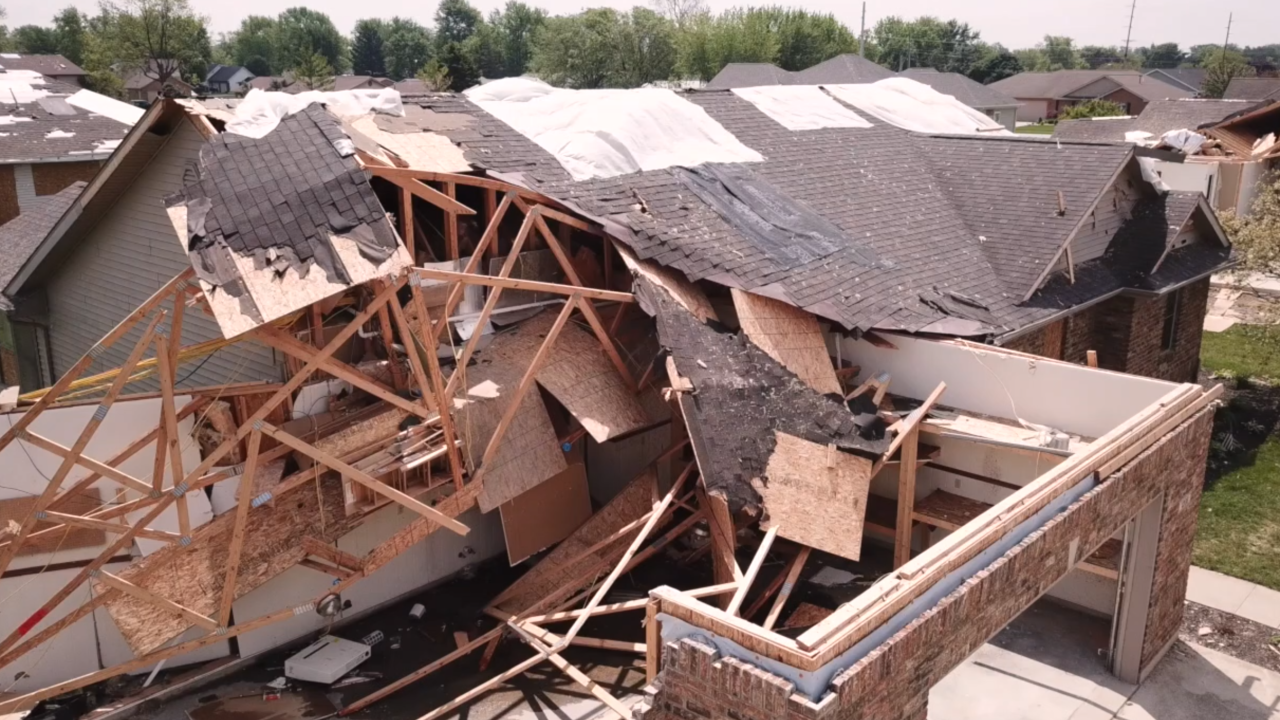 Nearly two weeks after devastating tornadoes ripped through southwestern and central Ohio, the sounds of cleanup are heard: falling trees being removed and rooftop hammering, among other things.

At Jenny Conn's lot in Celina, Ohio, it's the sound of more destruction.

"My husband built our house with his own hands," she said. "To think that it's gone ... in like a minute's time."

The sounds are not unlike what she heard the night the tornadoes blew through as they huddled in their basement.

"I heard glass, things moving. Then, I heard our garage," she recalled. "It was just a big crunch."

When it ended, the Conn family fled to a neighbor's house. It wasn't until sunrise that they could truly see the damage.

Now, those walls and the roof — and 13 years of memories — are being loaded into dumpsters.

They plan to rebuild the same house on the original foundation. However, it will take a while.

Conn said she takes comfort in what matters.

Her message to others is simple: listen to the warnings. Get to a safe place. That saved their lives, she said.

"You are not going to outrun Mother Nature. You can't. Would I have ever guessed this would have happened to us? Never. But it did," Conn said.