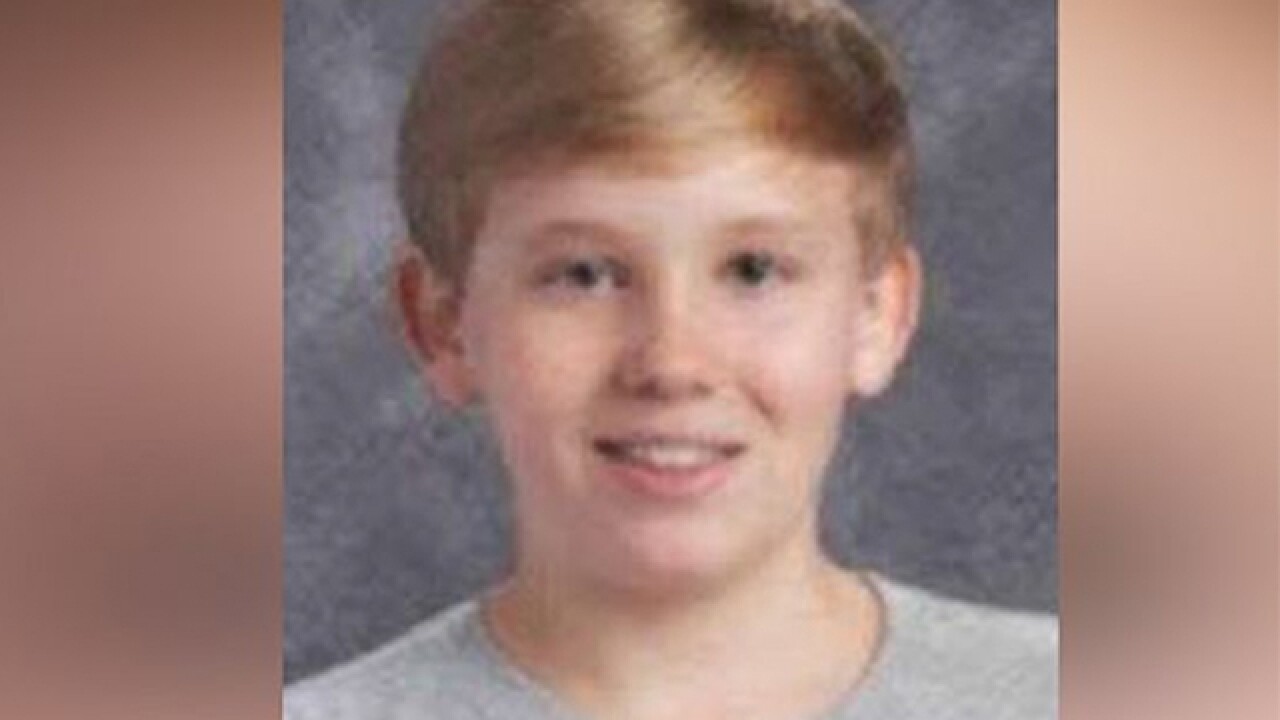 A teen missing for more than a year after witnessing a murder has been found alive in an Ohio basement, ABC Dayton affiliate WKEF reports.

Police believe Jacob Caldwell, 15, ran away from his grandparents, who were granted temporary custody of him and his brothers, after Jacob witnessed his father being shot and killed. Jacob's mother and her boyfriend are among those who have been charged with murder in connection with the slaying.

Jacob was last seen on Aug. 21 2017, in front of a Walmart in Sugar Creek Township, located in Green County, near Dayton.

Authorities were given a warrant to search a home in Miami Township in Montgomery County. Police found four adults living inside. Jacob was found in the basement, and it appeared he was free to go where he pleased in the home.

The adults in the home were not related to Jacob but are associated with his mother, according to Sugar Creek police chief Michael Brown. Authorities said Jacob was not abducted but said he was encouraged by family members to run away, according to WKEF.

Jacob was taken to Greene County Juvenile Detention Center where he's being held on a warrant out of Beavercreek.