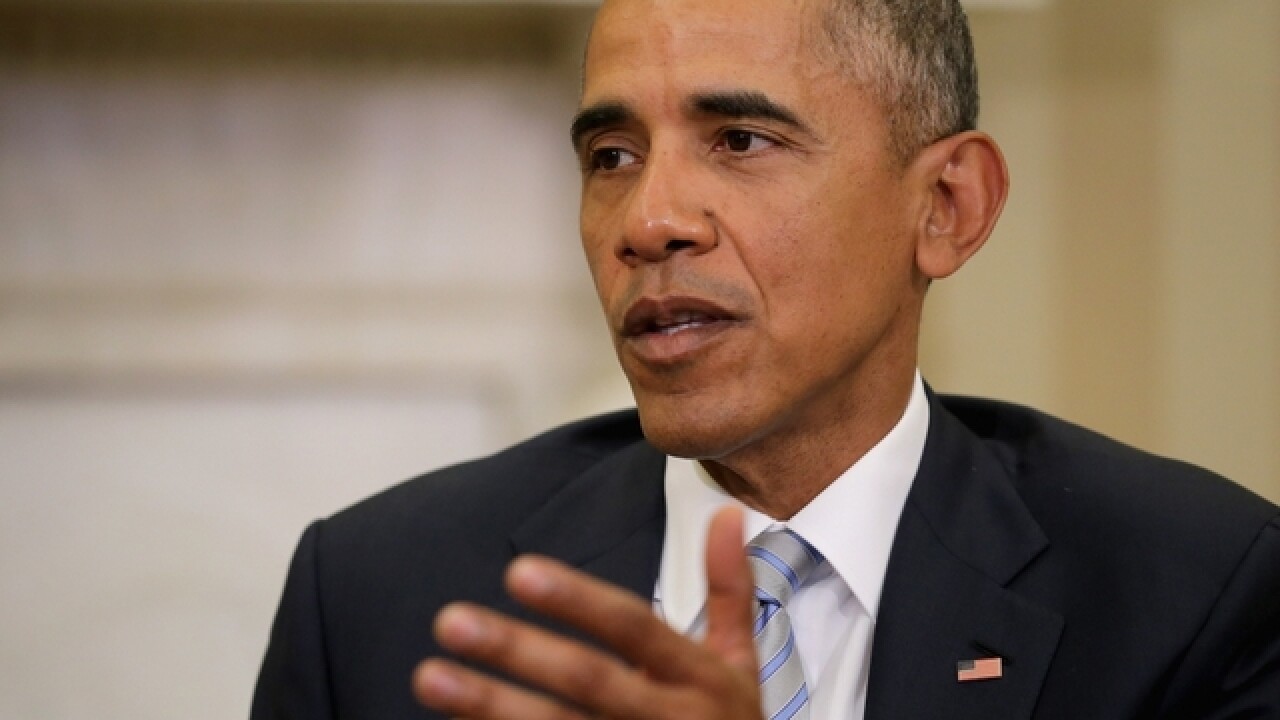 WASHINGTON (AP) — President Barack Obama sounded a cautious note Wednesday about steps the U.S. and Russia are taking to put in place a cease-fire to help end the Syrian civil war, even as he also cited progress in pushing the Islamic State group out of territory in Iraq and Syria.

Obama's comments came after meeting with Jordan's King Abdullah II at the White House, where the two leaders said that pursuing the political process designed to end the civil war and taking the fight to IS are their top priorities in Syria. The cease-fire is set to take effect Saturday, but does not cover IS.

"We are very cautious about raising expectations on this," Obama said. "The situation on the ground is difficult."

Jordan is a key partner with the U.S. in the campaign to defeat IS and the effort to resolve the 5-year-old war.

Obama said that if the cease-fire reduces the violence that has been wracking Syria, then it will provide the basis for a longer-term cease-fire. He also said that halting hostilities will allow the U.S. and its partners, including Russia, to focus on IS, "something that right now they are not doing and are not focused on."

Obama also said the leaders talked about how to help Syrian refugees. Jordan houses about 635,000 Syrians registered by the U.N. refugee agency, out of about 4.7 million Syrians who have fled their homeland since the outbreak of the conflict in 2011. Most of the refugees live in regional host countries, though tens of thousands have moved on to Europe because living conditions were becoming increasingly difficult in those host countries, in part because of shortfalls in international aid.

Jordan has appealed for more aid, along with investment in the country, to help it cope with the refugee influx.

"As they continue to be open to helping people in need, they will have a strong partner in the United States," Obama said.

Abdullah said that efforts to resolve the conflict in Syria are moving in the right direction and described the coordination with the U.S. as exceptional.

Jordan has also been coordinating with Russia on stopping the conflict in Syria. It hopes to prevent new waves of refugees from heading toward Jordan.

Oraib Rentawi, director of the Al-Quds Center for Political Studies in Jordan, a think tank, said the U.S. remains the kingdom's main strategic partner in the region.

"Jordan will never go far from the American strategy in the region," he said. "That does not mean we limit ourselves to coordination with the United States. We need to coordinate with other actors."

The two leaders also said they talked about steps to reduce tensions between Israel and Palestinians.

"We continue to agree that it's important for us to provide both sides a sense of possibility and hope, and not simply despair," Obama said.

Rentawi said Jordanians understand that the Obama administration doesn't have much interest in launching a new peace initiative between Palestinians and Israel, "but at least we need to be sure that this issue will always be on the table," he said, describing the festering conflict as one of the main sources of instability in the region.