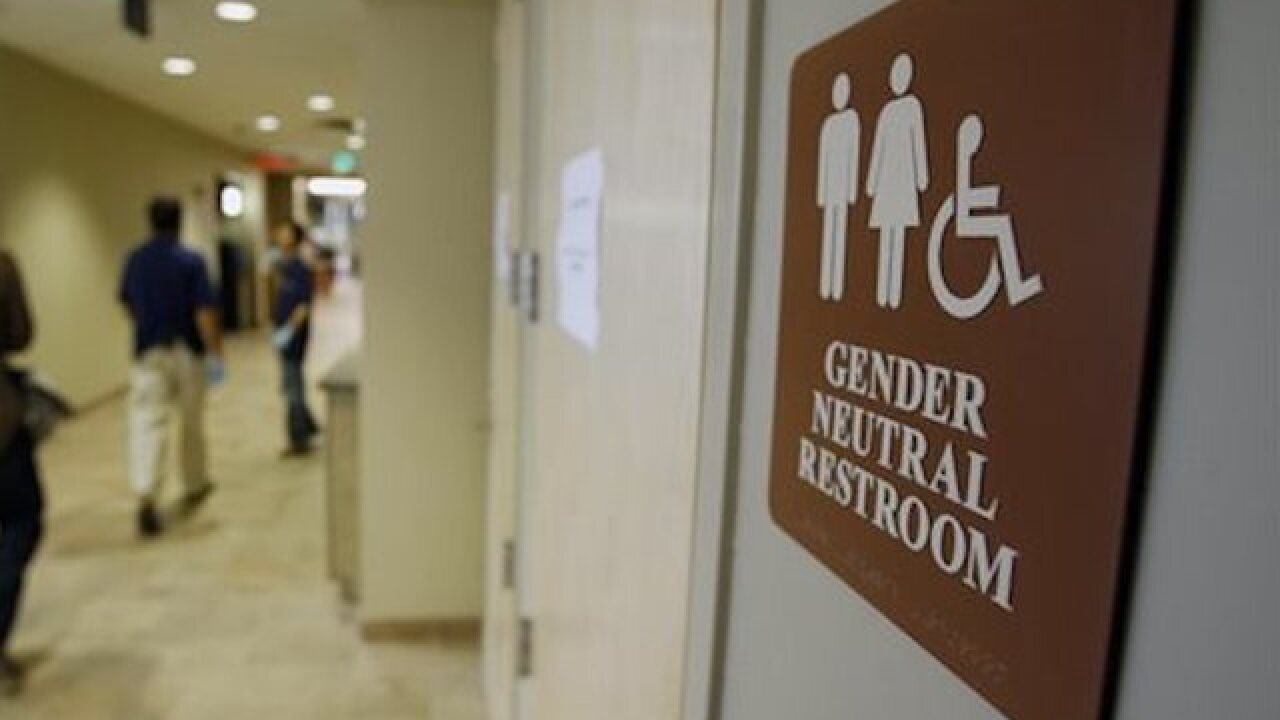 Copyright Associated Press
&lt;p&gt;In this Aug. 23, 2007 file photo, a sign marks the entrance to a gender neutral restroom at the University of Vermont in Burlington, Vt. In clashes over transgender students and which restrooms and locker rooms they should use, the U.S. Department of Education has warned public schools that a sex discrimination law makes it illegal to deny them access to the facilities of their choice. (AP Photo/Toby Talbot, File)&lt;/p&gt;

NEW YORK (AP) — New York City is set to enact a regulation that would ensure people visiting city facilities can use restrooms or locker rooms aligned with their gender identity.

New York City Mayor Bill de Blasio, a Democrat, is expected to sign an executive order on Monday that guarantees people access to single-sex facilities consistent with their gender identity at city facilities, including offices, pools and recreation centers, without the need to show identification or any other proof of gender. The move comes amid a continuing national debate over anti-discrimination laws.

"Access to bathrooms and other single-sex facilities is a fundamental human right that should not be restricted or denied to any individual," de Blasio said. "Every New Yorker should feel safe in our city — and this starts with our city's buildings."

A copy of the order provided to The Associated Press ahead of the announcement says the regulations apply to all city-owned buildings, including city offices, public parks, playgrounds, pools, recreation centers and certain museums. It doesn't require agencies to build new single-stall restroom or locker room facilities, but instead enforces that all individuals, including those who are transgender or gender non-conforming, are free to use single-sex facilities consistent with their gender identity, city officials said.

The order would not apply to New York City's public schools because there already is a policy that students must be allowed to use locker rooms or restrooms consistent with their gender identity. A bill currently pending before the city council would require publicly available, single-occupancy restrooms in both public and private buildings to be designated as gender-neutral.

Nearly all of the nation's 20 largest cities, including New York City, have local or state nondiscrimination laws that allow transgender people to use whatever bathroom they identify with, though a debate has raged around the topic nationwide.

Houston voters defeated an ordinance in the fall that would have established nondiscrimination protections for gay and transgender people. Last week, South Dakota's governor vetoed a bill that would have made the state the first in the U.S. to approve a law requiring transgender students to use bathrooms and locker rooms that match their sex at birth.