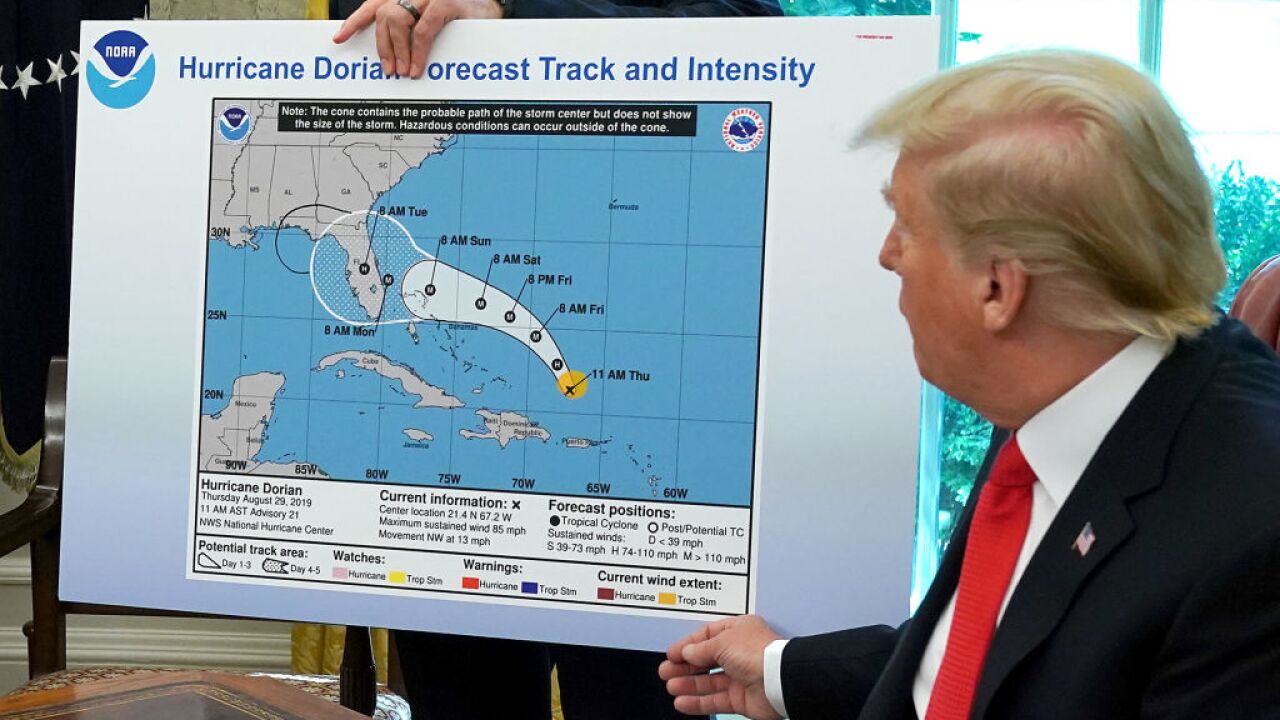 NOAA released an unattributed statement on Friday which condemned the Birmingham, Alabama, branch of the National Weather Service for telling residents that Hurricane Dorian would not impact Alabama.

"Alabama will NOT see any impacts from #Dorian. We repeat, no impacts from Hurricane #Dorian will be felt across Alabama. The system will remain too far east.," NWS Birmingham tweeted.

On Sunday, President Donald Trump said residents in the state should prepare for the effects of the hurricane, despite the official National Hurricane Center forecast taking Dorian along the east coast.

After being called out for saying that the hurricane would impact Alabama, Trump presented a map that altered a National Hurricane Center forecast map so that it include parts of Alabama in the path of the hurricane.

After a tweet from Trump calling for the news media to apologize to him, NOAA released a statement backing Trump, with no attribution on who authored the statement.

"From Wednesday, August 28, through Monday, September 2, the information provided by NOAA and the National Hurricane Center to President Trump and the wider public demonstrated that tropical-storm-force winds from Hurricane Dorian could impact Alabama. This is clearly demonstrated in Hurricane Advisories #15 through #41, which can be viewed at the following link," the statement read.

"The Birmingham National Weather Service’s Sunday morning tweet spoke in absolute terms that were inconsistent with probabilities from the best forecast products available at the time."

At the time of Trump's statement on Sunday, the southeastern corner of Alabama had a 5 percent chance of tropical storm-force winds from Hurricane Dorian.

NOAA is the parent agency for the National Weather Service and National Hurricane Center.