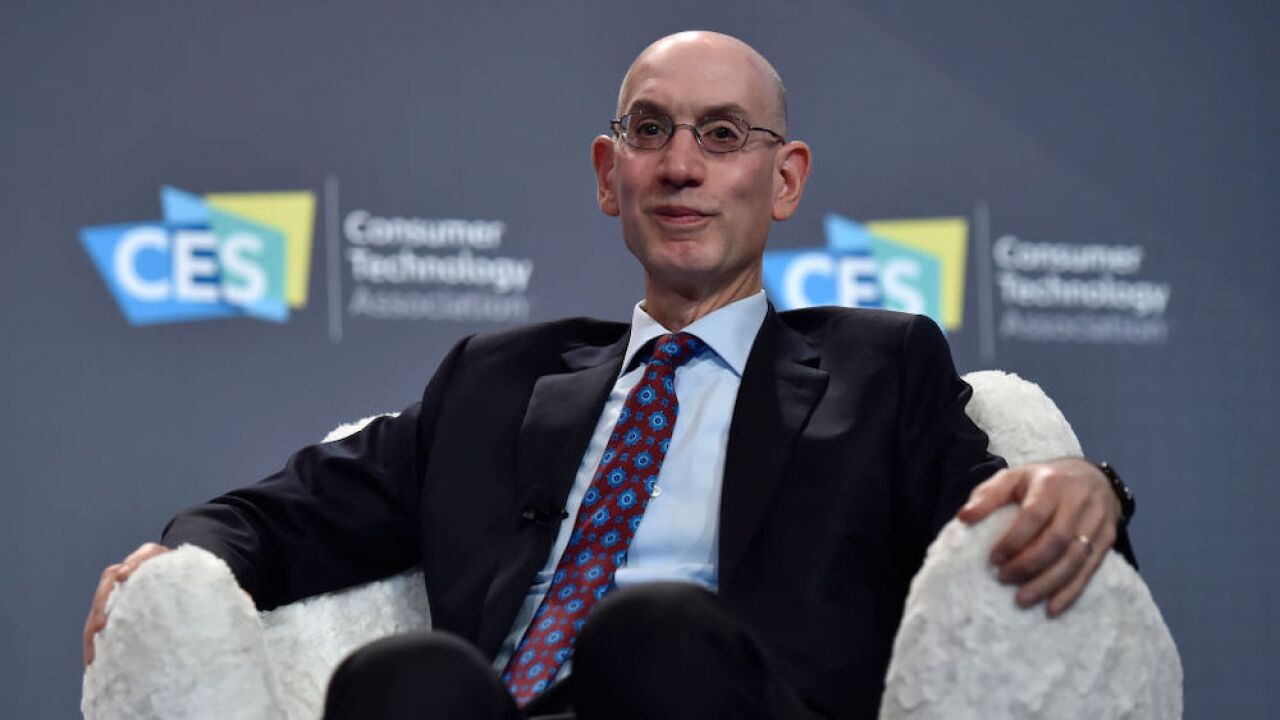 NBA Commissioner Adam Silver said on Monday he supports to right of people associated with the NBA to speak their mind on pressing issues facing society.

But as the saying goes, "Money Talks."

CNN reporter Christina Macfarlane attempted to ask the players, "The NBA has always been a league that prides itself on its players and its coaches being able to speak out openly about political and societal affairs. I just wonder after the events of this week and the fallout we've seen whether you both feel differently about speaking out in that way in the future?"

A Rockets official said the question was not legitimate and then falsely claimed that the players had already answered the question.

Earlier in the week, Silver said in a statement, "The NBA will not put itself in a position of regulating what players, employees and team owners say or will not say on these issues. We simply could not operate that way."

It's not just players being muzzled by the NBA. According to NBC News, several fans were ejected for chanting "Free Hong Kong at a game on Tuesday. On Wednesday, several fans had their signs taken at a game in Washington that supported Hong Kong protesters.

Since Silver's statement, Chinese businesses have cut ties with the NBA. Also, games that were scheduled to air on TV in China have since been blacked out.

The fans' statement were similar to Morey's tweet that read, “Fight for Freedom. Stand with Hong Kong.”

The protests in Hong Kong were sparked by concerns that the region's democratic autonomy was being threatened by China's autocratic rule.

The NBA's fan Code of Conduct does mention that "obscene or indecent messages on signs or clothing will not be permitted," but does not specifically mention that signs of a political nature are banned from arenas.

In the past, the NBA was generally permissive of players advocating for social issues. Players have worn shirts during pregame warmups supporting social causes, including Black Lives Matter.

But in this case, the loss of the Chinese market could significantly alter the NBA's financial picture. According to Time , NBA viewership for top games is higher than it is in the United States.