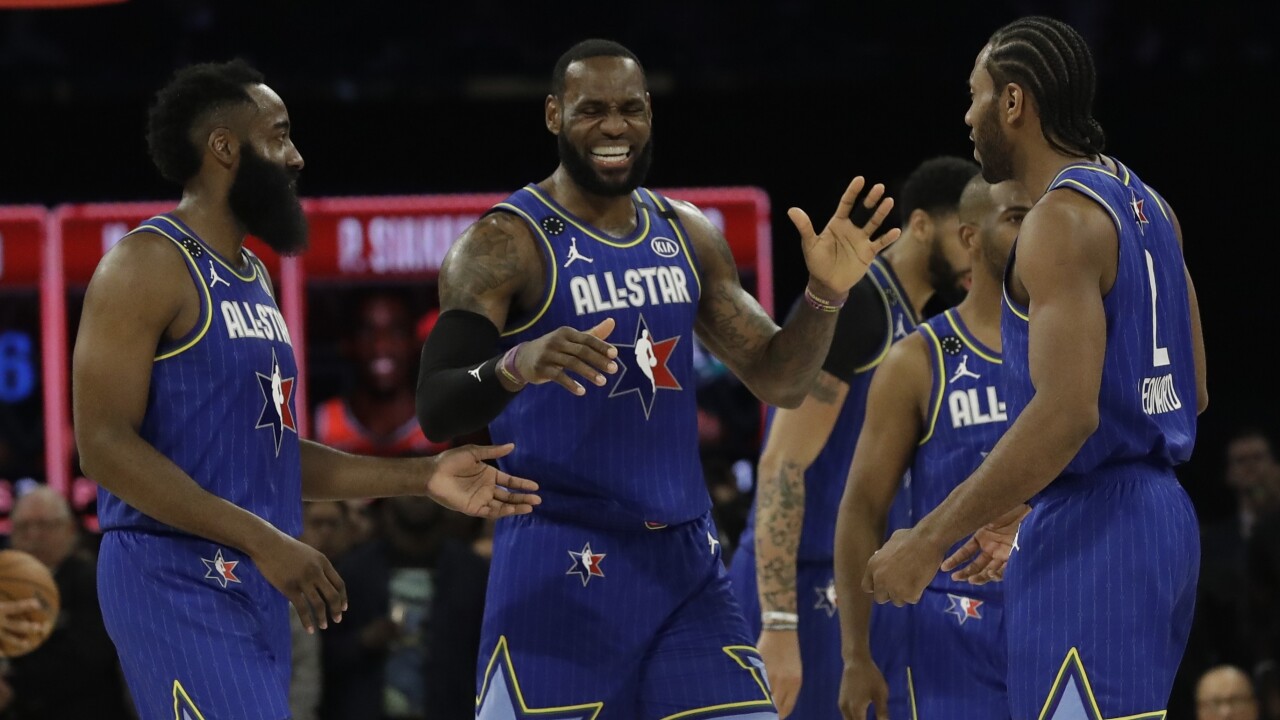 Have you ever wanted a game-used LeBron James jersey? How about a jersey from James Hardin or Anthony Davis?

Now is your opportunity.

Be prepared to shell out big bucks. A jersey featuring James is currently going for more than $20,000. Other jerseys are well into the thousands.

“To honor the life and legacy of Kobe Bryant and his daughter Gianna, the NBA and NBPA will donate all proceeds from the auction of game-worn Jordan Brand #NBAAllStar jerseys to the Mamba on Three Fund and the Mamba & Mambacita Sports Foundation," the NBA said.

The numbers used by players in Sunday's game honored Bryant and his daughter Giannam who were killed when a helicopter crashed into a hillside in Southern California, killing nine.