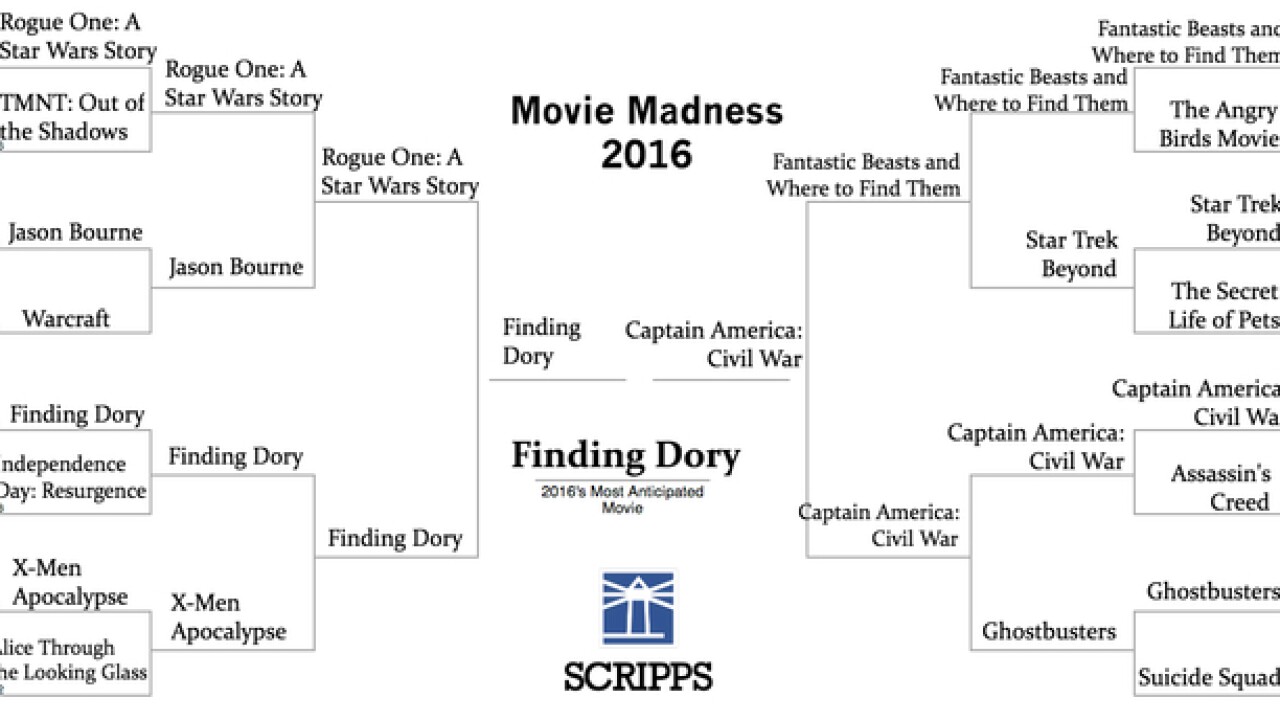 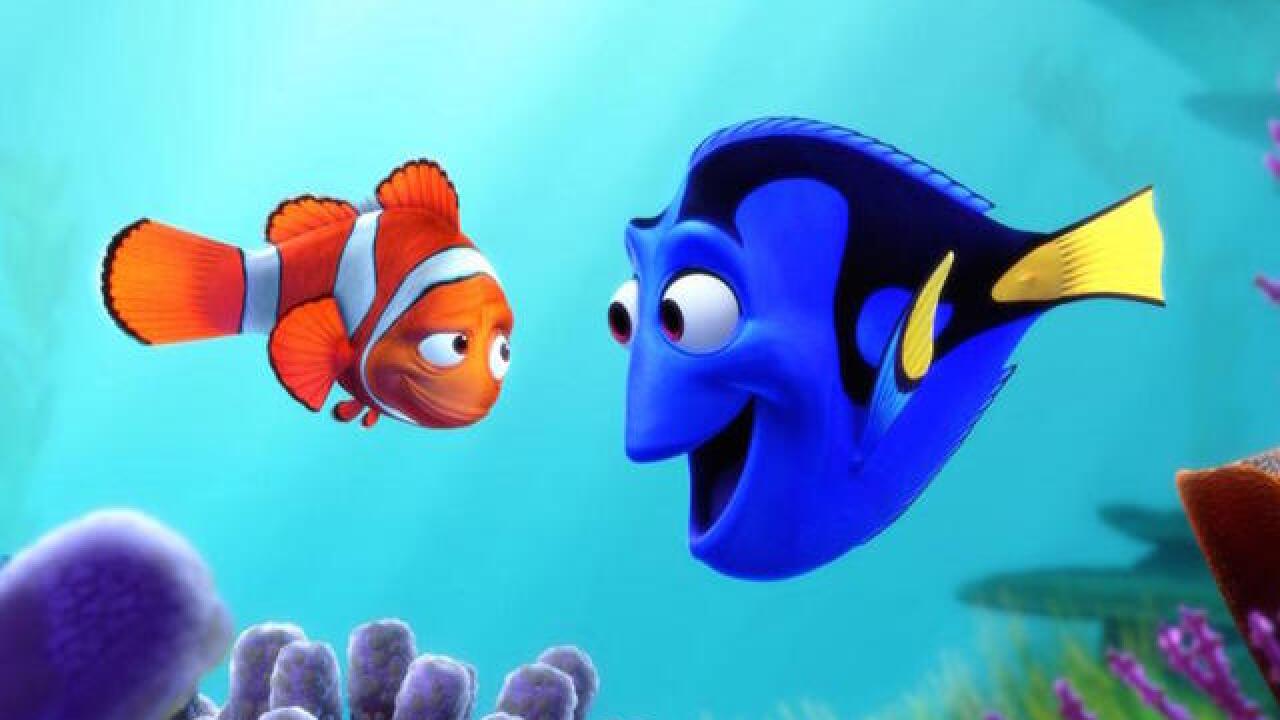 Dory can cut down the nets ... if she can remember where they are.

After four weeks of voting, "Finding Dory" was selected as this year's most anticipated movie by thousands of our online readers. Movie Madness 2016 saw 16 upcoming blockbusters face off in a one-on-one bracket.

On its way to the championship, the sequel to 2003's "Finding Nemo" knocked off powerhouse opponents including "Rogue One: A Star Wars Story," "X-Men Apocalypse" and "Captain America: Civil War."

Note: No movies scheduled to be released before April 12 were considered for the bracket. Final round voting ended on April 12.